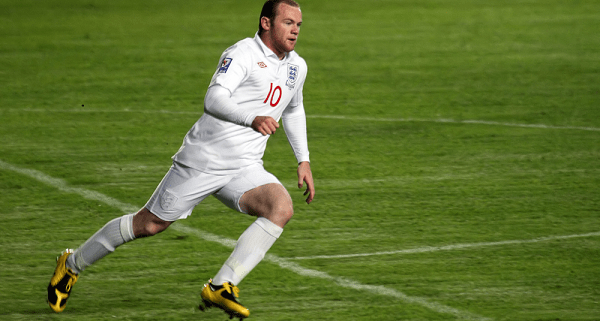 We have come to the end of our trial of the Football Tipster and here are the final results:

It’s been five long months since we started our trial of the Football Tipster and we have finally reached the 100 bet mark.

It has been a rather agonising trial as well in the sense that very little has happened over the five months.

We have finished with an 88 point deficit which represents a small 8% loss of the bank, which is disappointing but isn’t a catastrophe either.

There was something of a recovery for the service as at one point it was over 300 points down, as you can see from the graph below. 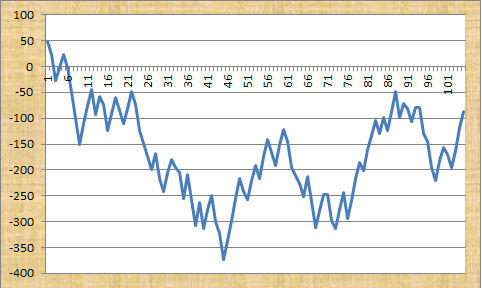 Most of the bets are in the Premiership and major European leagues with only about 5 bets per week, it’s an easy service to follow.

Rather frustratingly, they haven’t updated results on their website since August 2015 and when you click on the “results” tab it just brings up an error.

It always worries us when results aren’t regularly updated on a website, particularly when a tipster is struggling so that gives us cause for concern here.

Certainly we haven’t seen anything to back up the claim on their website that you can make£19,873.50 per year are realistic.

Ease of use: There are only around 5 bets per week and the tips are normally sent out on a Friday, giving you plenty of time to get the bets on. With the bets being in the major European leagues, there is no problem with liquidity.

Strike rate: The strike rate for the trial was 47%, which is a bit lower than it needs to be if this service is going to make a profit. We would expect a strike rate of over 50% would be needed in the long term.

Advised Betting Bank: A 1000 point bank was advised for the trial, which was comfortable and although we went over 300 points down at one point, that only represented about 30% of the bank, so the advised bank seems appropriate.

It has been quite a long and agonising trial of the Football Tipster, who after 5 months made an 8% loss of the bank.

Although it is disappointing to make a loss, it hasn’t been a collapse either and so we feel a neutral verdict is fair in the end as we are close to breaking even.

But we do have concerns over the fact that results haven’t been updated on the website for over 5 months and over the claims of being able to make over £19,000 per year from the service, which haven’t been backed up by our trial.

So this is probably one to leave alone for now and won’t be a service we add to our portfolio.

Unfortunately there has been a slight downturn for the Football Tipster since our last update a month ago.

He has lost 40 points over that time, putting him 161 points down for the trial so far.

We are slowly creeping towards the minimum 100 bet mark, with 81 bets recorded to date. This is a very selective service, but so far being so choosy doesn’t seem to be doing them much good.

Anyway, still time to turn things around and finish in profit. Check back here for our latest update in about a month’s time.

The Football Tipster has made something of a mini-revival since our last update, with 88 points profit made over the last month or so.

That takes him to -121 points overall.

As we have said before, 121 points down isn’t as bad as it sounds with average stakes of around 35 points. It actually equates to about 3.5 points down if he was tipping to 1-2 point stakes, so nothing too much to worry about.

Some good winners lately include laying Arsenal against Spurs and laying Chelsea against both Liverpool and Stoke. Laying Chelsea seems like a fairly sensible policy at the moment!

Anyway, let’s hope the revival continues for them over the remainder of the trial.

Just a note to say that although we are nearly at the three month mark when we would normally be concluding the trial, there have only been 60 bets so far and we normally require 100 bets to form a conclusion, so we will be running this trial for a couple more months.

It has continued to be something of a struggle for the Football Tipster, who has lost a further 59 points since our last update.

They now sit 209 points down overall.

As we said last time though, this sounds worse than it actually is as they tend to bet in 25 or 50 unit stakes.

The good thing about the service is that bets are nearly all in top leagues like the Premiership, Primera Division or Euro qualifiers, so there is no problem getting bets matched etc and no going hunting around for odds from the Kazakhstani second division here!

We will be back soon to see if things have turned around for the Football Tipster.

It’s been a slow start – in more ways than one – for the Football Tipster.

Firstly, there are very few tips provided, usually only three or four a week. That means it will take a long time to get to our normal 100 bet minimum to judge the service.

Secondly, of the bets provided so far, unfortunately things have got off to a bad start and the service sits 150 points down so far.

They tend to bet in 25 or 50 unit stakes, so you could say it is about 6 points down so far to 1 point stakes.

Most of the bets are in the big leagues like the Premiership or the recent international matches, so you should have no problem obtaining the prices or getting your bets on.

We will have to sit back and see how this slow burner develops, but in the meantime you can check out the Football Tipster here.

Cash Out Betting – Don’t Get Caught Out
Scroll to top