Here at Honest Betting Reviews we don’t believe in trialing a tipster for just three months and then forgetting about them.

We believe in following them for long periods of time, to give as fair and accurate a picture of the tipster’s performance as possible.

For example, we have been proofing the tips of the Master Racing Tipster for over 20 months now, a really good period to be able to judge a tipster.

It is also high time for an update on how things have been going.

Previously, we gave Master Racing Tipster a five star rating after our original three month trial and after six months.

So how have things gone in the intervening 14 months since our last update?

Well, we are pleased to report they have gone very well, with another 187 points of profit added to the 174 points made during the first six months we followed the Master.

That means the Master Racing Tipster has made 361 points profit over the 20 months we have followed the tips.

If you had staked at £25 per point, that would have amounted to £9025 profit. Not a bad little second income! 🙂

Here’s a look at the results in graph format: 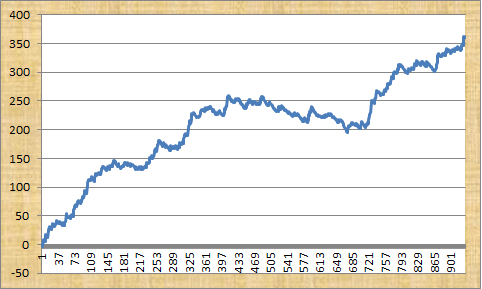 As you can see, it is an excellent profit graph with steady growth over the course of more than 900 bets placed during the period we have been following the tips.

There was a small decline in the middle as results stagnated for a period, but those who have stuck with the service over the long term have been richly rewarded.

Incredibly, those results have been achieved with a return on investment of over 30%, which is almost unheard of over such a long period and certainly puts the Master Racing Tipster up there with the very best in the industry.

The strike rate has been a healthy 28% as well, so a good proportion of winners.

Master Racing Tipster remains undoubtedly one of the best horse racing tipsters out there and well worthy of a continued 5-star rating.

Few tipsters can perform so consistently over a long period and the Master has done so amazingly well, with over 360 points profit made during the 20 months we have proofed the tips.

If you haven’t added this to your portfolio then we suggest doing so as soon as you can.

And the good news is that you can get a 14-day trial for just £5 here by using the code HBMASTER at checkout.

We now have over six months of proofed results for Master Racing Tipster and are pleased to report that it has continued to perform excellently since the end of our trial in June.

Since the trial concluded on 26th June 2015, they have added another 59 points of profit at advised prices and another 31 points profit at Betfair SP.

Here is a graph of the profit over the six month period: 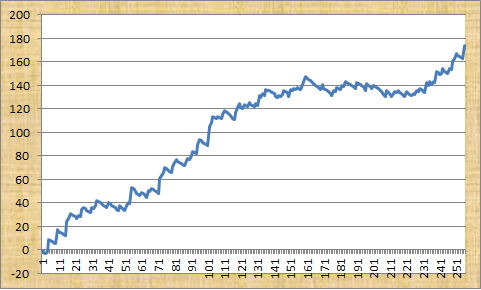 As you can see, an excellent profit graph – pretty much all just steady growth with very little drawdown at all.

And at Betfair SP, whilst the results are somewhat lower, you would still have achieved over 200% bank growth -no mean feat either.

All that has been achieved with a 54% return on investment and a 32% strike rate, which really is fantastic.

Overall we are pleased to say that after six months Master Racing Tipster continues to merit a 5 star rating and its place as our number 1 tipster.

Make sure you get on board whilst places are still available.

We have completed our three month trial of Master Racing Tipster and here are the final results:

We have come to the end of our three month trial of Master Racing Tipster and what can we say apart from…WOW! And we mean WOW!

We thought when Banker Bets made 95% profit in three months and nearly doubled the bank over the course of the trial, it might never be beaten.

How wrong we were!

Master Racing Tipster has gone and more than trebled the bank in three months! That means if you had started off with £1,000 at the beginning of the trial, you would have £3,300 now.

The service managed a phenomenal 83% return on investment (ROI) over the three months, which we have rarely seen in over a decade of following tipsters.

Sometimes a tipster can rack up impressive profits just by bagging one or two really big priced winners (like a 100/1 shot) that distort their figures and make them look amazing.

That has not been the case here though. The highest price winner was 12/1 and the strike rate was a very healthy 34%, so the service showed an excellent level of consistency.

Here is a graph of the results over the course of the trial: 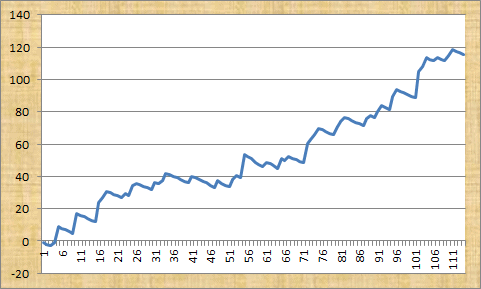 As you can see, just nice steady profit all the way – a punter’s dream!

You always get a full write-up for the selections which is reassuring and you can see the logic behind the tips.

The service is based on good old fashioned form study and seems to focus on well-handicapped horses – those that have suitable conditions, a jockey claiming a few pounds off, that can be forgiven a recent bad run or a combination of factors meaning they are good value.

The approach certainly worked over our trial anyway! 🙂

Ease of use: Good – it’s an easy service to follow as well with just an average of one bet per day so minimal work on your part.

Availability of prices: OK – tips are e-mailed out the evening before racing and you want to get your bets on as quickly as possible. We found that generally you can get close to advised prices if you get your bets on within an hour or so of the tips being sent out.

Sometimes it is difficult because only a couple of bookies will have priced up when bets are sent out, so if that is the case you may want to be a bit careful and not lump on too heavily as bookies don’t like it when big bets are placed as soon as odds are priced up the evening before racing.

If you wait until the next day then generally prices will have fallen quite a bit.

However, they still managed to make 78 points profit at Betfair SP (BSP) which is a very healthy 156% bank growth, so even if you just bet at Betfair SP you should still do nicely.

Strike rate: The strike rate for the trial was very good at 34%, which makes the results look even more impressive because generally you are getting a good ratio of winners so can stake at reasonable levels.

Advised Betting Bank: The advised betting bank is 50 points, which seems fine given the 34% strike rate achieved during our trial and the long-term strike rate of 31%.

Subscription costs: The subscription costs are fairly reasonable for a service of this quality with the first month at £1 followed by £59.95 per month, £154.95 per quarter, or £359.95 for life.

Certainly we have seen services with results like this one charge upwards of £1,000 per year, so we think the subscription costs are good value for what you are getting.

We have no hesitation whatsoever in placing this on our approved list – with bells on!

To have more than trebled the bank in three months is amazing stuff.

In total the service has been running for over a year and has racked up over 300 points profit. 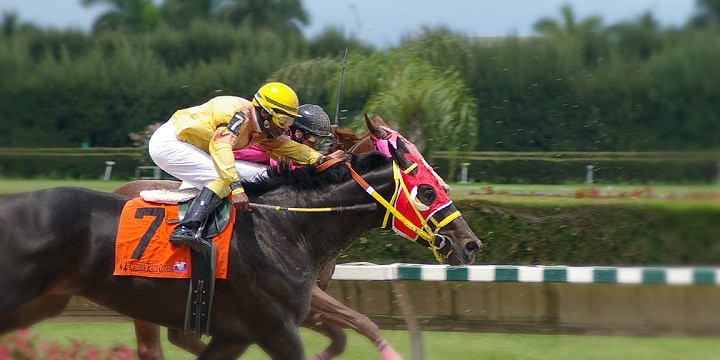 a number of Betting Gods’ services is that their results are fully accurate so we have no reason to doubt the past results.

Our only word of warning is on prices – you may not be able to quite match the advised prices. Even at Betfair SP you would have made 78 points profit though, which is still very impressive.

We would expect in reality you will achieve somewhere between the Betfair SP results and the advised results without too much bother.

So all in all it really has been a fantastic trial and we would advise getting on board whilst you can – there is always a risk with a service as good as this that they have to limit numbers at some point to protect prices, otherwise it could become unworkable.

You can sign up to Master Racing Tipster here.

Betfair Cash Out Explained
We use cookies to ensure that we give you the best experience on our website. By continuing we assume you accept the use of cookies. AcceptPrivacy Policy
Scroll to top