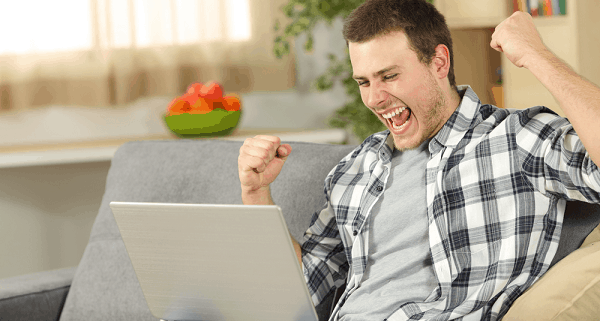 This year we are running a new feature here at Honest Betting Reviews – our “Tipster of the Month” award.

This is where we look at the top tipsters – both those we have reviewed in the past and those we are currently reviewing – to see who’s performed most strongly over the last month.

It’s a chance to find out who is in form and has been giving the bookies a good hiding over the last month and to note any stand-out performances.

Now it’s time to look at the top tipsters from May.

May was a month of transition in the sporting world as the football season came to an end in Europe, whilst the flat racing season got underway.

There was also a feeling of the changing of the guard in some European leagues as Inter Milan finally ended Juventus’ nine year winning streak in Serie A whilst Lille completed a huge upset in winning Ligue 1 ahead of the mighty PSG. In England Manchester City regained their Premier League crown in dominant fashion.

May was capped off by Chelsea winning the Champions League in a dogged 1-0 defeat of Man City in Porto, whilst Villareal pulled off a shock defeat of Man Utd in the Europa League final after an epic penalty shoot-out.

In the racing world, the month got off to a flying start with the Guineas meeting at Newmarket, where Poetic Flare won the 2,000 Guineas for Jim Bolger and Mother Earth won the 1000 Guineas for trainer Aidan O’Brien with the evergreen Frankie Dettori on board.

In terms of tipping, May was dominated by horse racing tipsters, a number of whom had a cracking month and put the bookies to the sword. Let’s take a look at the best tipsters for the month of May.

One of our top recommended horse racing services is Loves Racing and after a bit of a mixed year so far they got things back on track with a cracking month in May.

The main selections brought home a profit of 40 points for the month, with the highlight being an 18/1 winner in the shape of Storting at Thirsk.

An excellent month then and let’s see if they can build on that as the flat racing season really kicks into gear over the coming months.

Another tipster who had a tricky start to the year but has now got right back into form is the excellent Racing Intelligence.

After notching a solid profit in April, they went and smashed in over 50 points profit in May, getting back to the kind of bookie-bashing form we’ve come to expect from them over the past couple of years.

Highlights for the month included a double success on the 17th at Leicester as Bit Of A Quirke won at 13/2 and Dora Penny triumphed at 14/1. There was a fairly steady stream of returns throughout the month with each-way shots and winners aplenty.

Great to see Racing Intelligence back to their best and well done on an excellent month’s tipping.

Taking the number two spot for the month is a service we are currently reviewing, from the Back Lucrative stable of betting services.

With the flat season getting going in earnest it was a perfect time for Flat Flyers to show their mettle and that is exactly what it did in May, racking up a hugely impressive 74 points profit.

There were some big winners throughout the month, including Broken Spear at Chester at 25/1, Primo Bacio at York at 14/1, We Still Believe at Hamilton at 14/1 and The Organiser at York at 12/1.

We have come to expect high quality from Michael at Back Lucrative and that is exactly what he delivered last month. Congratulations to him and his Flat Flyers service for racking up some very healthy profits in May.

Our apologies to this service for originally missing them off our list for May, but the number one service for the month was Hanbury Racing.

With an excellent 137 points profit at advised prices, it was a great month for them. The real highlight of the month was 100/1 tip Danilo D’Airy at Warwick on the 8th May, which brought home a big portion of the month’s profits. They also had a 33/1 winner with Dawn Sunrise and a 14/1 winner with I Hope Star though so some impressive picks throughout the month.

As noted in our review update however, they actually made a loss at Betfair SP. That was because Danilo D’Airy went off at a BSP of just 12.53, returning under 14 points profit on the bet. So it looks like you really need access to bookie accounts to make the most of this service – or you did during May in any event.

With such a huge profit made at advised prices though we think Hanbury Racing is worthy of high praise and to pick up the award of Tipster of the Month for May.

Tipster of the Month – March

Tipster of the Month – February

April Is Always A Big Month In Racing

Get Your Free Derby Tips Here!
Scroll to top