It was the first ever top-level victory for Clan Des Obeaux under jockey Harry Cobden, and punters will be quietly confident he can make a big impression in the Gold Cup at the Cheltenham Festival in March.

Clan Des Obeaux does have history at Cheltenham Festival, finishing second on three of his four visits and Mason believes the King George winner is primed for the big prize.

“Cheltenham is a totally different type of track and he’ll have to cope with a likely fierce gallop, but Clan Des Obeaux is a class horse and only just turned seven so he’s improving all the time,” he told the Racing Post.

“The race can be a bit like the FA Cup final [Gold Cup], sometimes it throws out a different result, but he’s run well there in the past. He’s just out on the journey at the top and Paul [Nicholls] says he’s come out of the King George well and in good order. Paul has been in this situation plenty of times and knows how to get the best out of his horses and to get them to peak on big days.

“I’ll wear the carpet out at home and in the office when we get close to the race. I get nervous and butterflies in the stomach – but that’s why you do it really.

“The pressure will be on a little – sometimes it’s nice to be the underdog, like at Kempton – but at the same time there are some very talented horses he’ll come up against and it will be competitive, as ever,” he added. 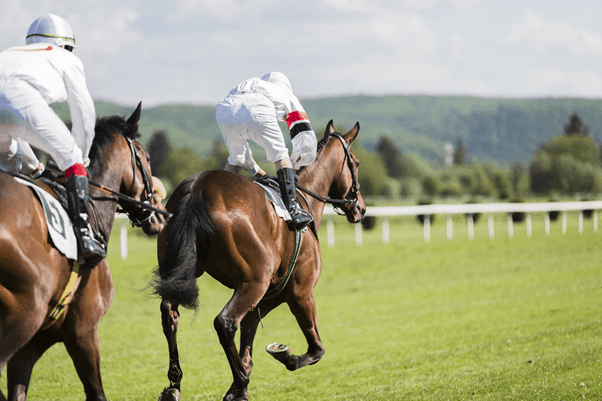 Clan Des Obeaux’s dramatic Boxing Day victory has certainly catapulted him into the discussion when it comes to landing the Gold Cup, but Mason recalls the nerves that engrossed him during the race. Even taking several nudges from TV host Jeremy Kyle!

“I was in the stands taking in the atmosphere when it came to King George time on Boxing Day, but I tend to get quite nervous when the race is on and feel every jump. I was quiet until the second-last fence, at which point Jeremy Kyle elbowed me to say we had a chance, and then I started to scream and shout him home!”

Maybe Mason will want to call on the ITV daytime star for further inspiration ahead of the March 15th showdown at Prestbury Park, where thousands of punters will be eagerly awaiting to see how Clan Des Obeaux runs.

If the King George win was anything to go by, expect Clan Des Obeaux to be mixing it with the big guns as his victory at Kempton proved he is more than capable.

Even the more fancied Thistlecrack and Native River fell victim to Clan Des Obeaux’s prowess and stamina, and Mason will want to see more of the same when the Cheltenham Festival comes around.

You can check out all of the latest ante-post odds for Cheltenham right here: https://www.betfair.com/exchange/plus/horse-racing.