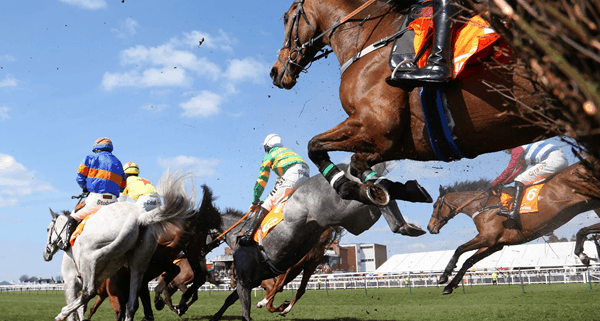 It’s the Grand National today and after last year’s race was cancelled due to covid, there is even more anticipation for this year’s renewal which should be a cracker.

Cloth Cap is the current favourite at 11/2, with Minella Times ridden by Cheltenham heroine Rachael Blackmore the second favourite at 10/1.

There are some great free bet offers available for this race, the best of which is Bet365’s bet £250 get £125 free (subject to availability, t&cs apply).

Below we have some free tips for the race courtesy of the Bet Alchemist. Their free Saturday tips have made over 180 points profit at an excellent 25% return on investment and with a 27% strike rate from over 500 tips.

Good luck if you’re having a flutter in the big race today!

You can get these FREE tips every Saturday courtesy of the Bet Alchemist here.

Ted and Ruby Walsh managed were the first when Ruby rode Papillon to win the most famous race in the world back in the year 2000. The Irish trained runners look to have a strong hand but Cloth Cap is 10lbs well in relative to his new handicap rating and that gives the home team the favourite. However, the big question is can Cloth Cap last this marathon trip with the progeny of his sire Beneficial not dour stayers. Welsh National winner Potters Corner is sure to get the trip but would prefer softer going and the same applies to Kimberlite Candy.

Freewheelin Dylan won the Irish National at odds of 150/1 last Monday so if you fancy a horse at big odds don’t let anyone put you off having a fiver on as you “just never know what could happen!”

Burrows Saint was laid out by Irish champion trainer Willie Mullins for the Aintree Grand National of 2020 that never took place. What we do know is Willie only ran Burrows Saint twice last season before the National weights were announced. He finished third in the Grade 1 Drinmore chase over 2m4f which was an inadequate trip. The second run was over hurdles last New Years Eve at Punchestown which Burrows Saint won against mainly mid 140 rated hurdlers. The key thing to note is that Willie like many a national horse trainer was protecting Burrows Saint chasing handicap mark before the weights are announced every February. We know that he was given a rating of 156 by the British Handicapper for the 2020 National and is rated the same for the 2021 version.

Burrows Saint has the form to win a national. As a novice chaser having his fourth chase start, he won the Irish Grand National. It was Willie Mullins first time to train the winner of the Irish National and he trained the runner up and third home as well! Willie Mullins said following that race “that’s his third run in six weeks, so it’s shows what kind of ability he might have in the future”. Commanche Court & Our Duke are two other lightly raced horses to win the Irish National and they turned out to be Gold Cup horses.

Burrows Saint is proven over a marathon trip and handles spring ground well. This season he was campaigned over hurdles at Clonmel and Gowran Park where he ran under par on winter heavy ground. Once the Grand National weights were announced Willie reverted to fences with Burrows Saint needing a clear round at Fairyhouse to qualify for this race. He duly ran a nice race to finish second to stablemate Acapella Bourgeois and will strip much fitter today. Patrick Mullins rides with Paul Townend injured. Patrick is a good pilot over fences and looked a natural riding Livelovelaugh to win the Topham Chase yesterday.

Magic of Light ran a massive race on her first run over the national fences back in 2019. She jumped for fun but raced a bit too freely, smashed through the Chair fence on the final circuit, yet still ran strongly through the line! This mare has bags of scope for jumping fences and proven stamina in the bag. She is two years older this time round but remains in good form having won a listed chase at Newbury as well as placing second to Roksana in a Grade 2 mares hurdle this season.

We can forgive her latest run at the Cheltenham Festival with the trip too short in a Grade 2 race that was all but a Grade 1 for the first two Colreevy and Elimay. The positive is Magic of Light didn’t endure a hard race and this race has been her goal for the past two years. Robbie Power rides with Magic Of Light just the 5lbs higher than when runner up to Tiger Roll in 2019.

Thanks to the Bet Alchemist for those free tips and the detailed write-ups. Fingers crossed for a good showing from those horses today!

Get these FREE tips every Saturday courtesy of the Bet Alchemist here.