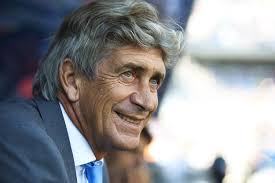 The bookies have already opened up betting on who will be the next Man City manager, expecting as a matter of course that Manuel Pellegrini would be sacked at the end of the season following City’s failure to capture silverware this season.

However, reports in yesterday’s press suggest that the bookies may have jumped the gun and that the club’s owners are prepared to give the Chilean another season to prove himself, perhaps persuaded to some degree by their recent improvement in form and qualification for the Champions League. 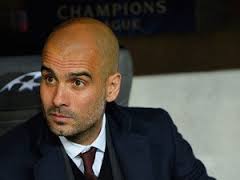 over as coach, which is only likely to happen at the end of next season, as the Spaniard has stated he wants to work out the remaining one year on his contract with Bayern Munich.

All of this speculation has led to the one of the most lop-sided betting markets you will ever see, with some bookies going odds-on it will be Carlo Ancelotti (4/6 with Skybet) whilst Paddy Power go 6/1 for the Italian.

The speculation is that Ancelotti will be sacked as Real Madrid manager at the end of the season, thus freeing him up to replace Pellegrini if the Chilean was also removed.

However, Paddy Power are taking a contrary view and seem to be expecting Pellegrini to stay another season, followed by Gardiola taking over at the end of next season. They have the current Bayern coach at just 6/4 to be next Man City manager, whilst Skybet go 4/1 and Victor Chandler offer 3/1 about the Spaniard.

Jurgen Klopp is also fancied in the market, a current 5/1 best price with Sky Bet.

There are clearly arbitrage opportunities here – although as with all arbing be careful you don’t go in too heavily as the bookies may limit your account.

I expect there will be more fluctuations in the market in the coming days and weeks as speculation grows and some managers succumb to the inevitable post-season merry-go-round.

This may be one of the few occasions though when a club shows loyalty to their manager and if you don’t want to wait potentially over a year to see your bet settled, then it may be best to wait and see what happens over the summer before jumping into the market.

It is difficult to predict the minds of the Man City owners, but my gut instinct at the moment would be Gardiola represents value to be the next manager at 4/1 – if you don’t mind waiting a while to see if the bet wins. He would certainly be a good choice for them if and when he becomes available.

It will be an emotional day at Anfield today as the Liverpool skipper plays his last home game for the club. Even the Chelsea fans gave him a standing ovation last week and it is impossible to underestimate just what Gerrard means to the Liverpool fans.

Whether he is the best Liverpool player ever will be debated for years to come. Certainly he is up 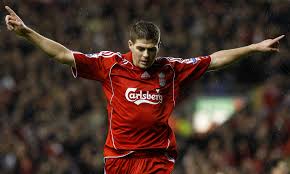 there with the very best and his loyalty to the club is unquestionable.

The bookies have a range of specials to mark the occasion of his last home game today.

Paddy Power go 2/1 that Gerrard will score a goal in today’s game. Ladbrokes offer 6/4 that he will cry during the match, 13/8 that he will kiss the badge on his shirt at any time and 25/1 to be sent off. It would be a brave referee to send him off today!

Some longer-term specials on Gerrard include 11/10 for him to sign on loan for Liverpool during the winter transfer window and 12/1 on him to be the next Liverpool Manager.

Who knows what the future holds for him but there will barely be a dry eye in the house this evening at Anfield, maybe not even Gerrard’s.