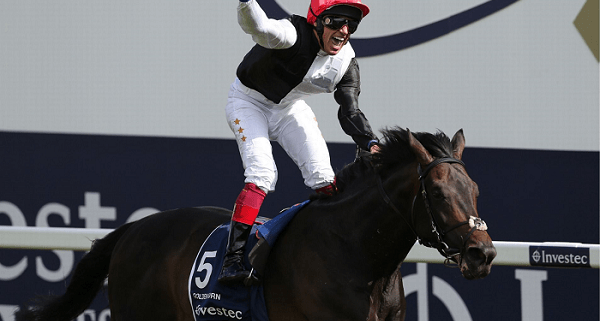 Members of horse racing tipster Russell Blair Racing were popping open the champagne over the weekend as he landed a quite astonishing four-timer at combined odds of over 180,000/1.

It was on Saturday however that things really took off, with a quite astonishing run of winners the likes of which we have rarely seen before. Here are the winners that Russell landed from 8 bets advised on the day:

Now not many people would have put an accumulator on but even just backing them all as singles would have netted 170 points profit on the day to advised prices, or £1,700 to £10 stakes.

And at Betfair SP it would have been even better, with 172 points profit made on the day.

Add that to 26 points profit made on Friday to advised prices (or 12 to BSP), and you would have had quite a weekend if following Russell Blair’s tips with just under £2,000 profit made to £10 stakes.

We have seen some of the messages from Russell’s members and it is clear they are very happy with the weekend’s events!

The great news though is that they are currently offering a 14-day free trial of the service to new members.

This weekend’s huge success was no fluke either. Since starting up in April 2015 Russell has amassed a whopping 2,000 points profit, a quite remarkable feat and one we haven’t seen matched just about anywhere else in the world of tipping. That would be £20,000 to £10 stakes or £50,000 to £25 stakes.

And the return on investment over the last four years has been over 30%, which is quite outstanding over such a long period.

So don’t miss out on grabbing a free trial of the service as we expect places to fill up fast after this weekend’s massive coup.

You can get your 14 day free trial of Russell Blair Racing here.

Weight of Money on Betfair – How Important Is It?
Scroll to top