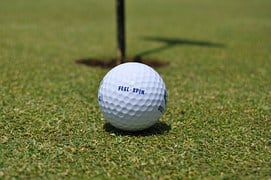 Today we provide our US Masters tips:

The US Masters is set up to be a classic. McIlroy goes for the career grand slam, Bubba is aiming for his third title in four years and Tiger Woods makes his return after two months out the game due to injury.

Here are our tips:

The Australian comes into the tournament in fine fettle with a win at the Farmers Insurance Open, 4th at Pebble Beach and 17th at the Arnold Palmer Invitational this season. He has a great record at Augusta with a 3rd in 2013, 2nd in 2011 and 20th last year, so clearly enjoys the course. His game is well set up for it too, being a long hitter with a nifty short game. It’s about time Day claimed his first major and this week offers him the perfect opportunity.

The Irishman made a welcome return to form with a win at the Honda Classic in March and with the weather expected to be tough this week, it could be tailor made for Harrington’s gritty style. His Augusta record is pretty good, with 8th in 2012, 5th in 2008 and 2002 and 7th in 2007. At a massive price, he is worth an interest to at least make a place and perhaps even better.

If there was a course built to suit to Mickelson’s game then surely Augusta is it. With room off the tee, it allows him greater freedom than many courses and Phil shapes the ball the right way – right to left – for many of the dogleg holes. He also has a magical short game that puts him a good few shots ahead of the field before he even tees it up. His phenomenal Augusta record backs up just how well suited his game is for the course, with 3 wins and 7 other top 5 finishes. A little glimpse of form last week should give Phil the confidence he needs to have a crack at a fourth green jacket.

A class player who sadly lost his game for a while but now seems to be back, winning at Pebble Beach earlier this year. Twice a contender at Augusta, finishing 6th in 2013 and 3rd in 2008, he also showed his major pedigree by going close at the Open in 2012. Brandt is one of the best putters on tour, which is a crucial factor on the huge, lightning fast greens at the Masters.

The laid back Argentinian rivals Adam Scott for least frequently seen player on tour, preferring to spend time at home with a good steak and bottle of wine. Perhaps his elusiveness explains the massive price he always seems to be at Augusta, passing under most people’s radar, despite having won here and losing out so unluckily to Adam Scott in a play off two years ago. Cabrera is also a US Open champion so is a “big game” player. His colossal hitting is a big help round here, allied to accurate iron play.

Fred simply loves Augusta and has a phenomenal record here, having won in 1992 and gathered 10 other top 10 finishes. Although over the age of 50, “Boom Boom” still launches the ball past many of his younger rivals and if his putting stands up, it is not out of the realms of possibility that he could be in contention this week. Certainly a top 20 finish is within his powers, particularly with the customary reduced field at Augusta.

It is probably asking too much for the mercurial Spaniard to finally deliver the major that his fans have been waiting for over the years. But the Spaniard is still capable of some top quality golf at times and is not afraid to go low at major venues. His great short game gives him an advantage at Augusta and he can work the ball both ways which helps around the many dogleg holes here.

Get Your Masters Tips Here!