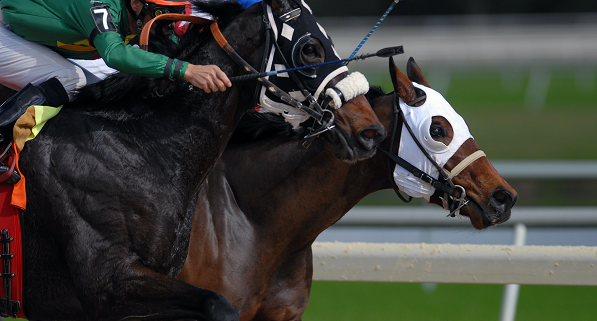 Courtesy of Jeff Griffith via unsplash

The Grand National is the biggest horse race in the United Kingdom and one of the most-watched on the entire planet.

In 2022, it will take place on Saturday, 9th April, and will involve as many as 40 runners and riders competing across a gruelling 4-mile jump course in front of a huge cheering crowd. Its popularity has also made it the most bet-on event in the country, attracting many non-horse racing fans who may not wager on anything else for the rest of the year. That’s why, in the run-up to the event, all of the UK’s biggest bookmakers run promotions offering free bets specifically for the Grand National.

If you’re considering using one (or more) of these offers, then you’re probably also wondering which horses have the best shot at winning the biggest prize in British jump racing.

Minella Times is an early favourite for the 2022 Grand National thanks to it being the horse that cross the line first last year. The horse helped to make history in April 2021 when his jockey, Rachael Blackmore, became the first female to win the famous National Hunt event.

Going into last year’s race, Minella Times had strong odds at 11-1 and is being backed by the bookies again with early odds of 16/1. It’s not yet confirmed who will ride him, but rumours are circling that Blackmore could be back in the saddle. If that gets confirmed, expect those odds to shorten sharply.

Tiger Roll is another record-breaking horse. From Ireland, the gelding is a hugely-decorated champion with five wins at the Cheltenham Festival and two back-to-back Grand National victories.

He had been a strong favourite in the 2020 race before it was cancelled and again in 2021, but he was withdrawn due to the weight that had been allocated.

It’s not yet confirmed whether Tiger Roll will run again in 2022, but if he does, it will likely be for the last time.

Cloth Cap was a strong contender in 2021, up there with Minella Times. He started strong and was looking like the bookies had got it right, but he stopped on the second circuit of the course. If he can get over that problem this year, Cloth Cap could be one of the favourites again in 2022.

How to pick a winner in the 2021 Grand National