Finding a winning horse in the Grand National is one of the hardest tasks as a horse racing punter. This iconic National Hunt race is world-renowned for being one of the most grueling races on the planet, with 40 guaranteed runners and riders, 30 fences to negotiate, and a stiff test of stamina over four miles and two furlongs.

It’s very much “survival of the fittest” stuff. Both Red Rum and Tiger Roll have made history through the years by being the only horses to win successive Grand Nationals, so it’s easy to see why it’s so difficult to pick a winner.

You’ve only got to look back to the 2013 Grand National to understand that upsets can happen at Aintree. Most horse racing enthusiasts won’t forget the shock of a 100/1 winner in the shape of Aurora’s Encore.

The horse had received little airtime from pundits and analysts alike. It was low rated by the handicappers and had a lengthy history of falling over fences. This, combined with a jockey who was inexperienced around Aintree, meant that very few punters were prepared to touch this horse with a bargepole.

The rest, as they say, is history. Aurora’s Encore romped home to victory, in what was a monstrous victory for the bookmakers. Although there are anomalies like Aurora’s Encore, there are ways to drill down through the pre-race data and narrow your possible selections in the build-up to the Grand National.

How much weight a horse carries around Aintree is a major consideration for anyone wanting to pick a winner in the 2021 Grand National. Typically, punters should avoid any horse carrying more than 11st 03lbs as this historically proves too much for horses to carry for the full four miles and two furlongs. Although Tiger Roll, Don’t Push It and Neptune Collonges have defied the top weight in recent years, they are certainly exceptions to the rule.

Don’t rule out horses that have previously failed at Aintree

When you look back at the racing form, don’t discount a horse just because it’s been pulled up or fallen before in the Grand National. This is one of the most unique jump races in the world. These things happen. It could have been something as simple as unsuitable ground which prevented your selection from making headway. There are plenty of recent National winners that have failed to finish in the years beforehand, notably Amberleigh House, Silver Birch and Hedgehunter.

Aside from weight, age is another influential factor when it comes to hand-picking potential Grand National winners. Based on historical data, horses aged between eight and 11 are most likely to be contenders. In fact, it’s been more than three quarters of a century since a seven-year-old horse won the Grand National.

In the last 50 years of the race, 15 were won by nine-year-olds, followed by a dozen ten-year-olds. Beginners to betting on jump horse racing might think that betting on a ten-year-old would seem like betting on an ageing veteran, but older horses tend to have the stamina and know-how in the tank to prevail at Aintree. 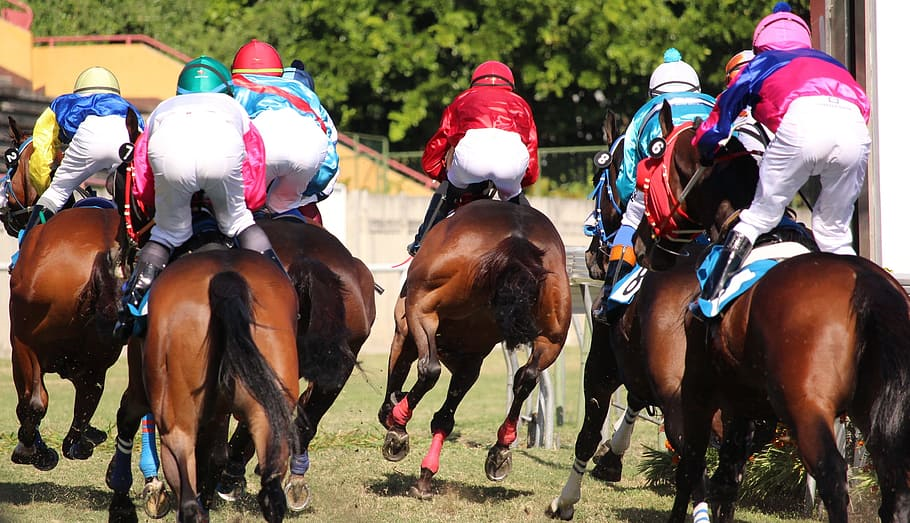 Just because a runner’s price shortens in the morning of the race, doesn’t mean he’s more likely to win, especially given the huge variables involved with running in the National. The only way to find better value on pre-race favorites is to seek out enhanced odds promotions listed at sites like Oddschecker, which can give you more bang for your buck.

Most former winners are race-sharp ahead of the Grand National

Horse racing is like most professional sports; the more you play the better you get. It’s the same analogy with winners at the Grand National. Most winners at Aintree are incredibly fresh and have benefited from a previous run within 50 days of the National. In fact, eight-in-ten of the previous ten winners had run a race within 50 days of crossing the finish post first at Aintree.

It’s very difficult for a horse to be lightly raced and be thrown straight in at the deep end in the Grand National. Horses like Tiger Roll have their pre-National schedule mapped out months in advance, with regular races at Navan and Cheltenham booked in before Aintree.

Only consider horses that have won at three miles or longer

The British Horseracing Authority (BHA) has recently stipulated that a horse can only be entered into the Grand National providing it has finished at least fourth in a steeplechase of three miles or longer.

If you are someone that prefers to bet each-way on the Grand National to hedge your bets, make sure you bet with a bookmaker that offers the maximum number of each-way places. Although most bookies will cover four or five places each-way in the Grand National, it has been known for some operators to expand that to six places on occasion. This greatly increases your chances of making a profit from your bet, with six places capable of paying out at least 25% of your potential winnings on first place.

Hopefully this seven-point roadmap gives you some food for thought before checking out the racecard for the 2021 Grand National. Keep these pointers firmly in mind when narrowing down your selections and you shouldn’t go too far wrong.

Super Sports Capper – New Review
Scroll to top
We use cookies to ensure that we give you the best experience on our website. By continuing we assume you accept the use of cookies. AcceptPrivacy Policy