We have  a cracking weekend of sport coming up and to celebrate the occasion the bookies have a range of free bets on offer for the more savvy punter to take advantage of.

One of the top fixtures in the racing calendar, this weekend we have the Derby and Oaks from Epsom.

The Oaks is held today (Friday) at 4.30pm and the favourite is Legatissimo at around  3/1.

There are some good offers around today, with Coral offering a £10 free bet in the Oaks if you bet £10 in the 2pm race.

The Champions League final is tomorrow and is set to be a classic defence against attack encounter. 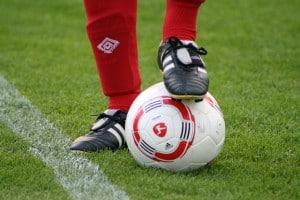 Barcelona have been breathtaking going forward in the latter part of the season, with the dream front three of Messi, Neymar and Suarez gelling just as all football purists hoped they would.

What a turn around from a few months ago, when Barca trailed Real Madrid in the league and some fans were calling for Luis Enrique’s head.

If they want to win the trophy though, Barca will have to overcome one of the meanest defences in Europe in the shape of Juventus. With the evergreen Buffon in goal, the Spanish champions will have to be a their best to break through what will surely be a tough rearguard action from the Old Lady.

To mark what should be a fascinating final, Bet 365 are offering a free £50 in-play bet for the final.

We were correct in forecasting that Nadal would lose his crown at Roland Garros, losing to a rampant Novak Djokovic in the quarter final on Wednesday. The Serbian was in devastating form and it will take perhaps the performance of Murray’s career to overcome him in today’s semifinal.

Certainly the bookies think so, with the world number one priced at no better than 1/5 to win 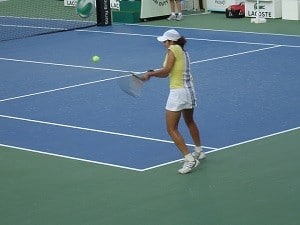 In the other semi-final, the enigmatic Jo-Wilfred Tsonga will be roared on by the home crowds in his match up against Swiss Stan Wawrinka.

It is slightly surprising to see Wawrinka priced up as such a strong favourite at around 2/5, as this has the look of quite a tight match to me.

The main question for the women’s final tomorrow will be whether Serena Williams is well enough to perform to her optimum level against underdog Lucie Safarova.

The American has been struggling with the flu since the third round, but that hasn’t stopped her powering her way through to the final and unless her condition really deteriorates before tomorrow’s final, then it is tough to see her being beaten.

And to cap things off we have the Canadian GP, where Lewis Hamilton will be hoping to get over his disappointment in Monaco and get back to winning ways.

Betfair are offering 5/1 that Hamilton wins the Canadian Grand Prix, with money back if you lose and £100 in free bets for new customers.

Get Your Champions League Free Bets!

What A Weekend of Betting!