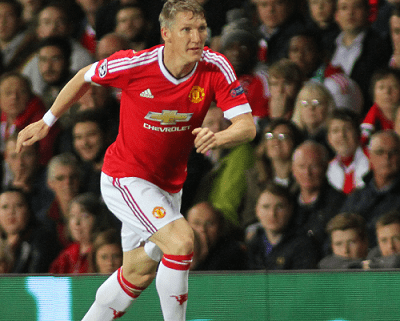 Manchester United are bookies’ favourites ahead of Sunday’s derby at Old Trafford against local rivals Manchester City, but manager Louis van Gaal is taking nothing for granted.

Van Gaal has very much proved himself to be the catalyst for United’s renewed quest for football glory, but the Dutchman admitted that the midweek Champions League jaunt to Moscow to face CSKA would have put his side at a disadvantage, especially as City were at home for their European encounter.

He told Sporting Life: “Every club at the top of the league has the same problems. But now Manchester City has a benefit because they are playing at home and that is a difference.

Whether those comments by the Old Trafford boss were just a pre-game bluff, or demonstrated real concern, is open to conjecture, but as far as the football betting is concerned his men remain favourites to claim the three points.

Paddy Power and Ladbrokes are offering odds of 6/4 and William Hill 8/5 for a Manchester United victory. The odds for Manchester City claiming local bragging rights in this fixture are 7/4, 17/10 and 13/8 respectively.

There are also decent odds for both these Manchester giants sharing the honours on the day with Paddy Power, William Hill, Betfred, Bet 365 and Sky Bet all offering 12/5.

For those wanting to a place a bet on the game’s first scorer it should come as no surprise that Wayne Rooney is up there among the favourites with odds of 5/1 being offered by Paddy Power.

Meanwhile City manager Manuel Pellegrini is insisting club skipper Vincent Kompany  will not be in the starting line-up for Sunday’s encounter despite featuring in the dying minutes of the Champions League victory over Sevilla, the BBC is reporting.