Today we are going to take a look at an ICO (Initial Coin Offering) for a new cryptocurrency project called Bankera.

Basically what Bankera are aiming to do is become the “Digital Bank for the Blockchain Era.”

That means everything from payments and debit cards to loans and investments.

Bankera will be set up so that you can use cryptocurrencies such as Bitcoin, Ethereum, NEM and others for payments and banking, as well as exchange them for traditional fiat currencies.

And what is really exciting is that holders of Bankera Tokens will receive 20% of Bankera’s and their partner Spectrocoin’s net transaction revenue on a weekly basis.

This revenue is already up into the millions of Euros!

So not only do you have the possibility of the tokens going up in value, you will also receive weekly income. As we say, already these payouts are looking pretty decent.

But we will go into that further below, as well as take a look at the Bankera ICO in more detail and explain how it will work.

What is Bankera All About?

As we say, Bankera is about joining up the world of cryptocurrencies with the traditional banking industry.

The idea is that you will be able to have a bank account with Bankera and hold cryprocurrencies in it, which you can then use to pay bills, make payments using a debit card, get loans, make investments and do everything else you can do with a normal bank account.

Here is a video from Bankera explaining a bit more about how it will all work:

As you can see, it will be a fairly comprehensive banking service.

The services can be broken down into those that are already available (through Bankera’s partner Spectrocoin) and those that Bankera is aiming to provide in future.

What is really impressive is that Spectrocoin, which is Bankera’s partner and run by many of the same people, already have over 670,000 clients and have issued over 65,000 cards.

So unlike many ICOs and similar projects in the financial space, Bankera already have working products, a big customer base and revenues being generated. This is a really big plus when looking at an ICO.

In addition to the products already available, Bankera are aiming to put in place:

So quite an impressive list of products there and if Bankera can deliver on these then the potential revenue  generated could be quite substantial.

The Bankera ICO is running at the moment and will continue until the end of February or until the hard cap of €177m is raised.

The tokens are currently priced at €0.019 per Banker token (BNK) but will increase in price as certain thresholds are hit in terms of the number of tokens sold, as you can see in the table below:

They have raised more than €70m so far from over 59,000 contributors, which is very impressive and puts them on course to be one of the top 10 ICOs of all time. Clearly the interest in the project has been huge and this gives them a good foundation to start from.

If you want to participate in the ICO and purchase some Banker tokens (BNK), you need to do the following:

As we say, this ICO is proving highly popular so may well sell out.

Now for the exciting bit – the payouts!

As we mentioned above, each week 20% of Bankera and Spectrocoin’s net transaction revenue will be distributed to holders of Banker tokens (BNK).

This is great as it means not only could you benefit if the tokens rise in price, but you can also receive income from holding them. It’s completely passive income.

The payouts are made on a proportional basis, so if you hold 1% of the tokens, you will receive 1% of the payout and so on. A nice simple model, which is good to see.

Payments are made in Ether and XEM using smart contracts.

Interestingly, Bankera have already been paying this revenue out for 20 weeks, so we can see exactly what kind of payouts people have been receiving.

Here is a summary of what the payouts have been so far:

As you can see, the payouts are already looking very good.

For people who bought in at the pre-ICO stage, the payouts are already equivalent to around a 10-17% return on an annualized basis.

Also impressive is the growth in Spectrocoin’s user numbers. At the start of September they had around 350,000 members but this has grown to over 670,000 at the time of writing. More members means more transactions and more revenue.

It is also worth noting that Bankera are already on track to surpass their first year targets. In their Whitepaper, they state that Bankera expects €11M in revenue in its first year with stable
growth to 500M EUR within ten years.

However, they have already generated close to €3.5m in revenue and at current levels would generate over €17m in revenue over the rest of the year – and that’s not allowing for any further growth.

So in essence they are growing faster than expected and that is a good sign for the future.

It is always important when assessing an ICO to have a look at the quality of the team involved. No matter how good an idea is, if the team isn’t competent enough to execute the idea successfully then it will be irrelevant.

Well, for Bankera the team looks very impressive and this gives us added confidence in the project.

So a very strong team there, particularly in the advisory department. Having Lon Wong, the President of the NEM foundation, as an advisor is HUGE for the project. He is one of the leading figures in the blockchain space and his experience will be invaluable for taking the Bankera project forward.

Plus they have members of the European Parliament, leading experts in banking, accounting, tax, data, PR and a number of other specialities as advisors. And they have over 40 other team members, so this is no small project.

Overall we are impressed with the team and it looks like they have the relevant skills and experience to make the project a success.

As well as looking at all the positives of the project, it is also always worth looking at potential problems and disadvantages.

The main downside for us is that the banking licence isn’t forecast to be ready until early 2019 and lots of their services rest on getting the banking licence. So there will be quite a wait until we see all the products going live.

However, the good news is that they have existing products already producing revenue and a growing customer base, so it’s not like we have to sit on our hands for a year waiting for something to happen. Having working products and revenue coming in puts them well ahead of other ICOs and blockchain projects. 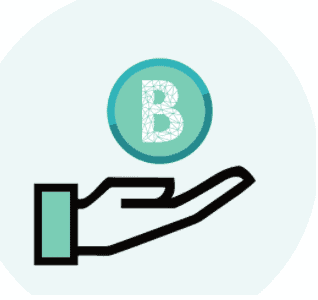 The other main issue to consider is that of competitors.

There are already competitors in this space such as TenX and Crypterium and others are popping up all the time. Clearly banking and financial services are industries ripe for disruption from the blockchain.

At the same time though, there is clearly big demand from people to be able to use their cryptocurrencies in the “real world” through the kind of services Bankera is aiming to deliver and this market could be huge in a few years’ time.

So there may well be a big enough market for a number of major players to succeed and the fact that Bankera is already up and running gives it a head start in the field. As far as we aware, there aren’t any crypto banks that already have a banking licence, so Bankera is not behind the competition in that sense.

Of course there are always risks in the cryptocurrency space as it is a very volatile environment and there could be regulatory challenges ahead.

However, we think the fact Bankera already has working products through Spectrocoin and has complied with regulation so far means it should be well placed to cope with any such challenges. 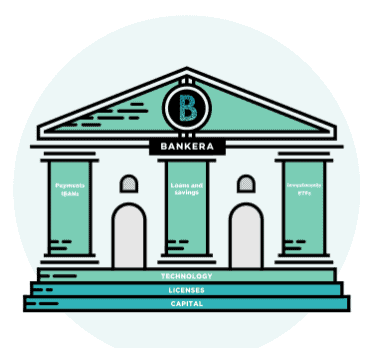 Overall Bankera is an ICO we really like and feel it is worthy of a PASSED rating and 4.5 stars. The project has quite a few things going for it.

On the positive side we have:-

There are competitors in the space but Bankera looks like it has the tools to be one of the leaders in this emerging field and is quite developed with its project.

So taking all this into account we are really excited about this project and have invested some funds into the ICO ourselves.

If the customer base keeps growing and therefore the transaction revenue, the payouts could become quite significant, which would be great. Plus of course if that happens then the coin may well surge in value as well. That is what we are hoping anyway.

Either way though it looks like an exciting project and is one to keep an eye on.

You can check out the Bankera ICO here.

Disclaimer: we are not financial advisors and the above article should not be taken as financial advice. Please do your own due diligence and research and take professional financial advice before investing. All cryptocurrencies are risky ventures so please only invest money you can afford to lose. Your capital is at risk.