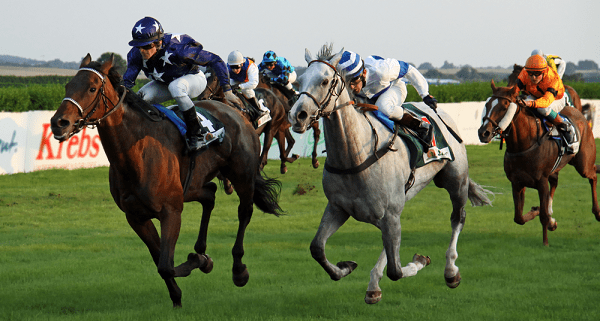 A few days ago we had a look at the Best Betting System of 2016, which went to the incomparable Profit Maximiser, a class apart from the rest.

Well today it is the turn of the horse racing tipsters and this is a much tougher contest to find the best one of this year.

There have been so many good ones and it has been an interesting debate here amongst the team at HBR Towers.

However, after some discussion we have settled on a top three. Before that though, there are one or two worth an honourable mention.

Russell Blair Racing had a very good 2016, following on from a pretty special 2015. With 522 points profit made this year, it is no wonder Russell has proved so popular with punters and is considering closing his doors to new members. A straightforward, honest tipster, Russell tends to give out 2 to 3 tips per day and has now amassed well over 1,000 points profit as a tipster in less than two years.

Also worthy of a mention is Early Odds, which amassed over 590 points profit over the year. This is a service, as you may have guessed, that takes advantage of the bookies’ early odds to find value. It therefore doesn’t do quite as well at Betfair SP, with 228 points profit on the year. Still, as a newcomer to the tipping scene, these are stellar results and Early Odds very nearly made it to our top three.

Talking of which, now let’s get on to our Top 3 Horse Racing Tipsters of 2016.

A service that really caused a stir in the tipping world this year was Classic Racing Gold. Concentrating mainly on Irish racing, they had a storming 2016, amassing over 300 points profit at a superb return on investment of over 25%. With a strike rate of close to 50% as well, this is almost the ideal service to follow as a punter. Sadly though Classic Racing Gold closed their doors to new members in November of this year, so only a lucky few will be able to enjoy their legendary tipping for the time being.

Second on our list with over 530 points profit on the year is Quentin Franks Racing. Quentin once again showed the huge edge he has on the market. With a remarkable level of consistency that has seen ten profitable months this year so far (and December not over yet), followers of the service have been treated to winner after winner and superb profits. A long term return on investment of over 25% marks Quentin Franks Racing down as one of the very best in his field and a remarkable 2016 is worthy of high praise indeed.

Taking the number one spot for our Best Horse Racing Tipster of 2016 is the magnificent Flat Racing Master, a tipster who made over 570 points profit this year. As the same suggests, they specialise in flat racing and have shown complete mastery of their field this year. The return on investment has been a staggering 30% for the service to date and the strike rate over 25%. Followers of the Flat Racing Master will have enjoyed a highly profitable 2016, with those able to stake at £25 per point having made well over £10,000 this year. Top stuff and quite simply the best horse racing tipster of 2016. Well done to the Master.

Plus of course there is also the possibility of checking out some free racing tips if you don’t want to take out a paid subscription.

Get a FREE Trial of Our Number One Horse Racing Tipster