“Courtsiding” refers to the practice of going to a sporting event with the express purpose of placing live bets on the action as it happens, before it is seen on television. The few seconds delay in coverage reaching TV viewers potentially gives those at the event an advantage.

The practice has been most often used in tennis – from which the term is derived (being at the “side” of the tennis “court”).

Courtsiding really only became possible after the advent of betting exchanges such as Betfair and Smarkets, which don’t tend to restrict or ban winning accounts as bookmakers do.

As courtsiding became more prevalent however and started to gain headlines, Betfair began to be more pro-active and started taking measures to protect its customers from the practice.

The question therefore is does courtsiding still work and moreover, should it be banned completely?

“Courtsiding” is a colloquial term for the practice of attending a sporting event in order to bet (or trade) instantly as the action happens, so that a trader may achieve an edge over all the other traders who are watching events on TV or via a live internet stream. 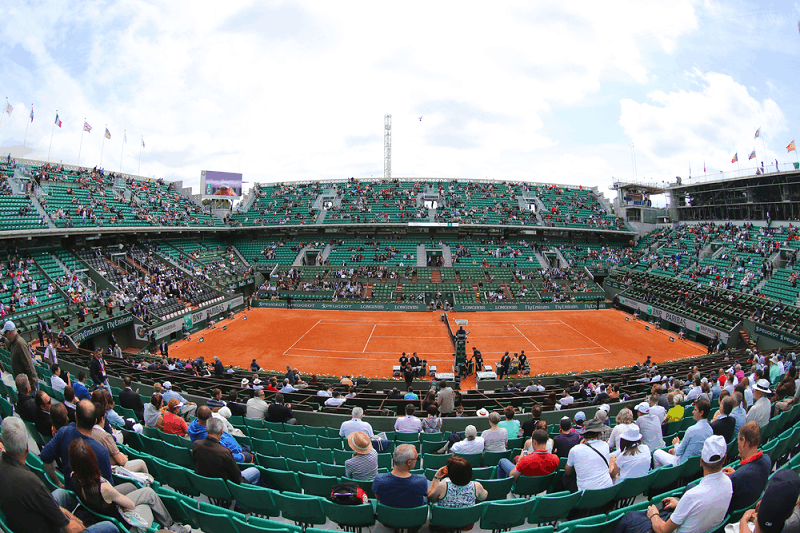 Many years ago when the art of courtsiding began, bettors would openly sit at tennis matches with laptops or smartphones and place bets. However, as various authorities started to clamp down on the practice, it became more clandestine and more likely to be carried out by syndicates rather than individual traders. Teams were needed whereby one member would sit next to the court and press a button on a phone in their pocket to alert another member to place a bet.

Although courtsiding has mainly been used in tennis (from which it derives its name), it has also been used in other sporting arenas such as horse racing.

In the early days of the exchanges it wasn’t unusual to see groups of people up in the stands or in boxes with laptops at horse racing meetings all laying a horse that had just fallen, before punters back at home would see the same thing a few seconds later.

At its peak it is estimated that some professionals were making hundreds of thousands of dollars from the practice of courtsiding.

An in-depth look at just how lucrative – and at times dangerous – was described by Brad Hutchins, whose book “Game, Set and Cash” detailed his experiences travelling the world as a courtsider and the adventures he went on along the way.

The legality of courtsiding is a tricky issue to deal with. In most jurisdictions, courtsiding is not technically illegal. One major exception to this is Australia, where it is banned under the Integrity in Sports Act and those found guilty of it could see significant jail time.

In other jurisdictions where it is not technically illegal, it is left up to the authorities at specific sporting events to decide on the appropriate action to take. Increasingly they are looking to take action to prevent it and sanction those who are caught.

In the case of tennis, many tournament operators now utilize “spotters” to identify possible courtsiders, with those caught removed from the event, often also receiving lifetime bans and even fines. In America those who have been banned but still try to attend events have been arrested for trespassing, so it is clearly taken very seriously now.

Tennis’s premier event, Wimbledon, takes a similar no-nonsense attitude and employs strict methods to weed out courtsiders (you may have seen the burly military men acting as security guards at the event). Those found are typically given lifetime bans from the tournament.

In terms of the tours’ governing bodies – the ATP on the men’s tour and WTA on the women’s – they view courtsiding as much a data issue as anything else. The tours have data agreements with various providers and they do not want to see those compromised. They therefore now oblige umpires to enter scores into their scoring devices as soon as a point is decided, in order to counteract any potential advantage to courtsiders.

This clampdown from authorities across the board has made courtsiding a lot less attractive and it now requires a great deal of skill and clandestine planning – and no shortage of risk – to carry out successfully.

As a result there are now a lot less tennis courtsiders than there used to be – or certainly obvious ones anyway. Many have decided it is simply not worth all the trouble – in the case of tennis anyway.

Tennis was an obvious choice to those wanting to gain an advantage from being at an event – being able to sit in a fixed place so close to the play, the large swing in odds seen between points (giving opportunities to trade in and out quickly), having so many points in a match to trade around and the high liquidity that is usually seen on it mean tennis was a prime target for those wishing to capitalize on being at an event live.

As we have seen however, it has become increasingly difficult to courtside in tennis and many practitioners have simply given up trying.

There is of course the opportunity to apply the practice to other sports though. Whether that’s football (would we call that a “pitch-sider?”) or golf (a “green-sider?”) – betting live at an event can still present an advantage. 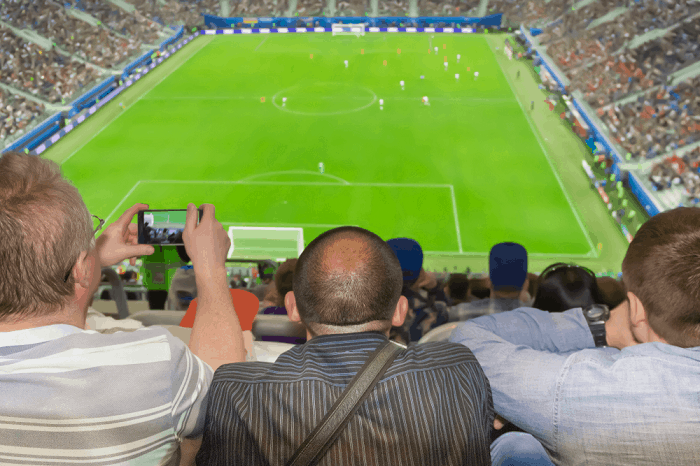 There isn’t as much information out there about courtsiding in other sports. It could be easier in a sport like football for example where people often use their phones to take photos and videos and someone using it to place trades might not look so conspicuous.

However, it might be more difficult in a sport such as horse racing where the authorities recognise the threat courtsiding (or “track-siding” in this case) poses to the integrity of their sport and have been vigilant in taking action, with some courses looking to ban exchange trading altogether at their venues.

Crucially, Betfair has taken a key role itself in trying to reduce the ability of people to courtside by increasing the delays on in-play bets being executed. Typically on football the delay is five seconds but can be up to ten seconds in matches from far-flung parts of the world.  These delays can mitigate or even remove any advantage courtsiders may have.

Courtsiding is of course also more difficult in a sport like football where Betfair suspends the action when there is a goal, penalty or red card.

Those wanting to courtside now might have to consider a sport such as golf, where crowds move around constantly and it would be difficult for officials to monitor activity all the time.

With a courtsiding team it might be possible to coordinate action across different holes, particularly as TV coverage can only cover one hole (and one shot) at a time. Knowing a player has holed a putt or another player has hit it in the water could provide significant advantages to on-course traders. The drawbacks to golf trading however is that there is often low liquidity on golf markets and some events ban attendees from bringing phones onto the course these days.

Another sport where courtsiding might work is basketball, where crowds can get close to the action and scores change frequently, thus causing movements in the odds. Again though there could be questions of liquidity and what attitude the authorities might take towards it.

What Can Courtsiders Do Now?

So considering that both Betfair and the sporting authorities are taking action against courtsiding, you might be forgiven for thinking that it is a dying art.

On the one hand, many would say this is a good thing and courtsiding should have been cracked down upon much earlier. After all, why should someone be able to gain an advantage over everyone else just because they are able to attend an event? Add to that the association courtsiding has with shady betting syndicates and you can understand the sentiment against it.

On the other hand others say it is “fair game” to try and gain an edge, particularly if they are willing to spend time and money to attend an event and try their wits at trading the live action.  After all, success is not guaranteed even if you do get away with placing trades live as the action unfolds.

Whether you are for or against courtsiding though, if you are betting in-play at home you should take steps to ensure you aren’t caught out by others doing it. 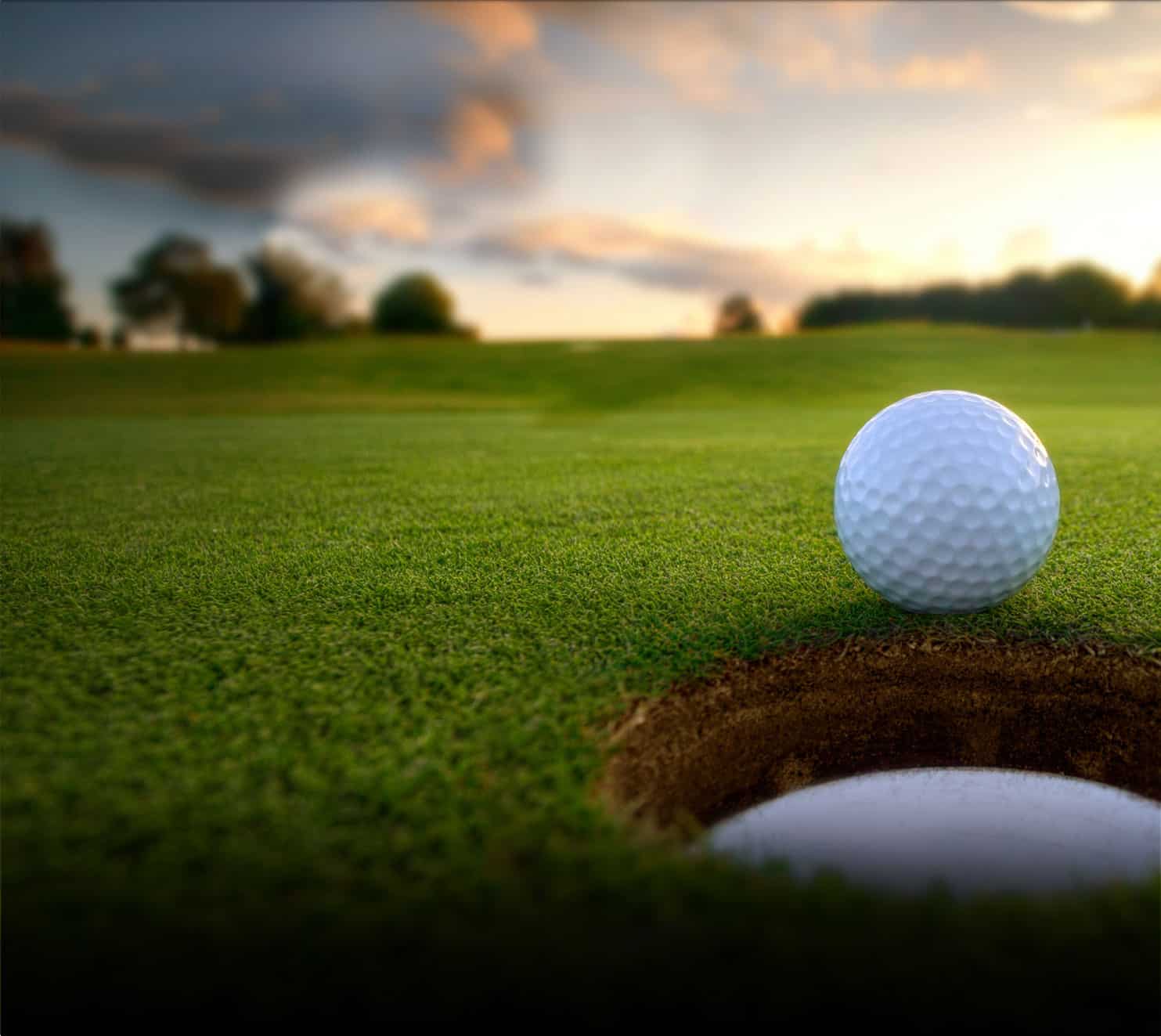 In golf for instance it is quite common to see the odds change before the action has happened on your screen. For example the odds of a player may drop suddenly just before they are about to hit a crucial putt. Then surprise, surprise, a few seconds later you see them hole the putt.

This may not be because of courtsiders necessarily – instead it could be TV coverage in the US running slightly ahead of UK/Europe (or vice versa depending on where the event is being held). In any event though you don’t want to leave bets unmatched waiting for the putt to be holed when others can see the result before you.

If you are seeing this happening then it is best to wait until the end of the hole or after shots have been hit and the price has moved, not just before shots are hit.

Another sport that is popular with traders is cricket, where odds fluctuate a lot depending on the events unfolding on the field. A boundary being hit or a wicket being taken can make a huge difference to the odds. It can therefore be better to wait until the break between overs or just after a significant event has occurred and the odds have adjusted before placing your trade.

Courtsiding has operated on the margins of the betting world for a number of years, having a special kind of mystique and intrigue around it. Certain practitioners of the art supposedly did very well out of courtsiding in the early years of the exchanges.

In recent years however the authorities and the exchanges themselves have cracked down on the practice and it has become increasingly hard to do, particularly in tennis. Other sports may offer opportunities to courtside but they come with their own challenges.

In our view it is a good thing that courtsiding has been restricted as the vast majority of punters bet from home (or away from the event at least) and it is not fair to see them disadvantaged.

Ultimately we want to see a level playing field for punters and those who succeed doing so on the basis of their dedication, skills and discipline rather than trying to gain an unfair advantage over other punters.

So if you do see someone at a tennis match pressing a button on their phone every time a point is won, might be worth mentioning it to one of the officials. After all, it’s our money they are trying to take – probably on behalf of a syndicate.

Forget about trying to make money courtsiding, check out our list of the top tennis tipsters here.

Sports Arbitrage – Does It Work?

Who is the Best Football Tipster?

Irish Cash Consortium – Final Review
Scroll to top
We use cookies to ensure that we give you the best experience on our website. By continuing we assume you accept the use of cookies. AcceptPrivacy Policy