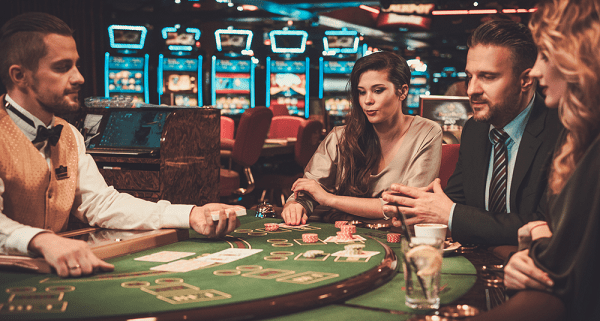 Phil Ivey, the renowned poker player, was very good at a certain technique, that is until he had to repay the £7.7 million he won playing Punto Banco at Crockfords Club in Mayfair while using it to great effect.

Not that he was accused of dishonesty; it was just that he shifted the odds in his favour contrary to the spirit of the high rolling Punto Banco community. The game is supposed to be 100% pure chance, and according to the judges, Ivey had operated a carefully planned sting.

The technique he applied was “Edge Sorting”; a way of exploiting the minor differences in the backs of playing cards to determine whether they are high or low-value cards.

You need keen sight to spot them, but the backs of even the best playing cards have irregularities. These can occur in various ways. Sometimes there is a noticeable difference between the width of the margins around the print on the longer sides of the cards; diamond-patterned backs that cover the entire surface may display slight asymmetries at the edges, for instance, there might be complete diamonds along one edge and partial diamonds along the other.

Any asymmetry in the pattern that allows the player to differentiate between cards rotated at 180 degrees to each other will do the trick. But spotting the asymmetry is just half the trick; the other and possibly harder part is persuading the dealer to rotate high or low-value cards.

In the Punto Banco session mentioned above, Ivy asked the dealer to rotate all the cards valued 7 to 9, the most valuable cards in Punto Banco. The dealer, apparently naively, obliged. Dealers like to indulge players, especially high rollers; doing so presumably leads to bigger tips.

Then Adjust Your Bets

With the shoe set up to his specification, he was able to identify the rotated cards in the shoe before they were dealt, and adjust his bets accordingly giving himself a significant advantage.

Edge sorting can be used in many different games. Some have reportedly regularly used it to great effect in Three Card Brag and claimed to almost guarantee walking away with a handsome profit on every occasion, before it stopped working. It is easy for casinos to prevent it happening, for instance by combining two decks rotated at 180 degrees to each other in the riffle. It is one of the reasons touching your cards at casino Blackjack is almost a capital offense.

No Longer Legal in the UK

Following the High Court ruling on Phil Ivey, in the UK calling on the dealer to fix the cards to give the player an advantage is no longer legal. The situation in the US is a little different. Ivey pulled a similar stunt there playing Pai Gow at the Borgata Hotel Casino in Atlantic City and had to repay around $10 million. The courts ruled that Ivy had not cheated nor committed fraud, but the casino was entitled to retain the money.

His technique at Borgata was somewhat different. He took along a guest, Cheng Yin Sun, and insisted on using purple Gemaco Borgata playing cards. Sun had spent many hundreds of hours studying minuscule flaws in that particular brand of cards and so was well placed to help Ivy win a fortune.

Don’t Try This at Home

Can an ordinary player take advantage of the technique? In informal games where players handle and deal the cards edge sorting may be possible, but it’s unlikely to work in a casino. We recommend that you don’t try it, but if you do then don’t get caught – it is illegal in the UK.

These days there are online casinos catering to people all over the world in every jurisdiction, so it is important to check out the rules and offers for each game in your country/area. For example you can check out a list of the top casinos and sports betting options in New Zealand, including all the details and info you will need for that jurisdiction.

Vote In the HBR Members Choice Awards 2020!
Scroll to top