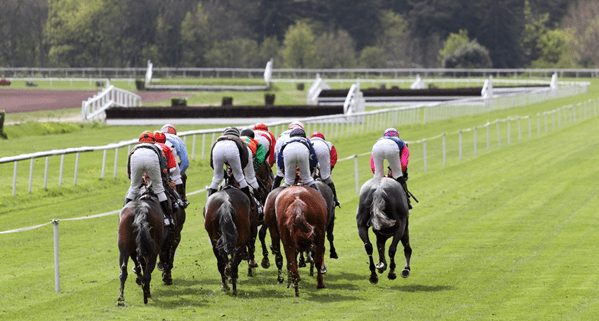 Every sport has their showpiece events and blue riband occasions, and flat racing is no different. There are five Classics that make up much of the most anticipated races in British racing, with punters looking forward to them each year as they examine the racecards and runners for tomorrow’s races.

These races hold a special place in the heart of each racing fan, jockey, trainer and owner, and to win one – or indeed all – of the Classics is a dream for so many. This year, there has been much uncertainty surrounding the races as a result of the coronavirus outbreak and the nationwide lockdown enforced in the UK to prevent the spread of the disease. But with suggestions that racing will be getting back underway sometime in June, it does appear as though there is light at the end of the tunnel, and we may see the Classics grace our TV screens before too long.

If you’re unfamiliar with the five races that make up the Classics, read on as we give a quick guide to each of them.

The 2,000 Guineas is a race with much history and tradition, having first been run in 1809. It is usually held in late April or early May, although this year both it and the 1,000 Guineas will need to be rescheduled after the coronavirus pandemic put paid to the authorities’ ability to stage the event.

The 2,000 Guineas is run over a distance of one mile, and makes up the first leg of the Triple Crown, which also includes the Epsom Derby and the St. Leger. The leading trainer in the history of the race is Aidan O’Brien, who has won it 10 times, and four times in the last five years. Meanwhile, the leading jockey is Jem Robinson, who tasted victory nine times between 1825 and 1848.

It is the most recently inaugurated of the five Classics, having first been run in 1814. The leading trainer is Robert Robson with nine wins in the early 1800s, while the most successful jockey is George Fordham, having won seven times in the mid-late 1800s.

The Oaks Stakes, raced at Epsom, is usually held in late May or early June and is another race reserved for three-year-old fillies only. The race is named after an estate located near to Epsom racecourse, and was first run in 1779.
Robert Robson is also the most decorated trainer in the Oaks, with a remarkable 13 wins, while jockey Frank Buckle, who was active when the race was first inaugurated, still holds the record for most wins with nine.

Lester Piggott is the leading jockey with nine wins, while there are four trainers tied on seven wins each – the already mentioned Robson and O’Brien, along with John Porter and Fred Darling.

The fifth Classic is the St. Leger Stakes, which is the oldest of the five races, having first taken place in 1776. It is run at Doncaster Racecourse each September, over a distance of one mile and six furlongs, making it the longest of the five Classics as well.

The most successful jockey is Bill Scott with nine impressive wins in the 1800s, while his brother John Scott is the leading trainer with a remarkable 16 wins to his name.

Over 1.5 Goals Strategy
Scroll to top