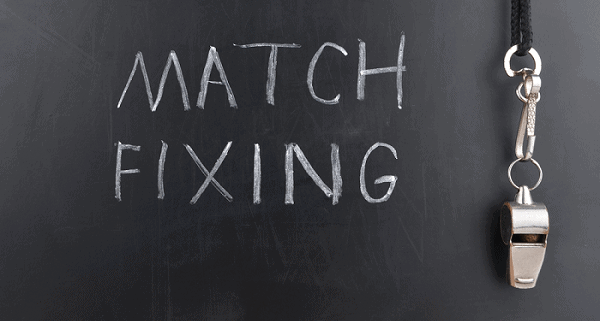 Across the top leagues in Europe, investigators maintain that up to 300 games are fixed every season. In fact, football match-fixing is a global problem that may penetrate all corners of the game, even the Premiership.

We will look briefly at some of the more notorious examples and examine how we might be able to identify potentially fixed games; it’s all in the betting patterns. Touching briefly on the ethics of betting on fixed games, we will look at the possibility of making a profit and how to avoid some of the football betting scams that you might come across on social media.

Over the years, many football scandals have been exposed; here are some of the most infamous and the most recent:

These are just the tip of the iceberg. There is little doubt that football match-fixing is at least as prevalent today as it ever has been. Last year the football manager Joey Barton received an 18-month ban after placing 1,260 football bets. Following his ban, he revealed to the newspapers that match-fixing is rife and the FA is incapable of dealing with the problem. 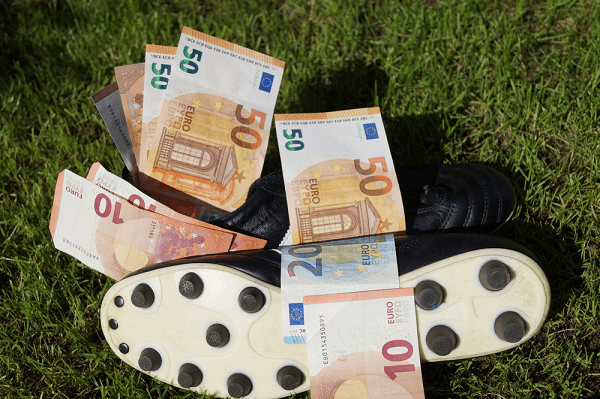 If it were possible to know in advance if a match had been fixed, then there is a clear opportunity to profit from this knowledge. This brings in a big ethical dilemma. For those of us who love football, match-fixing is a huge threat to the integrity of the sport. In fact, following the 2013 scandal mentioned above, sentiment analysis of the resulting social media posts and tweets demonstrated that overall the public was outraged, with disgust, fear and anger being the most common responses.

Of course, not everyone feels that way. What would you do should you find a £20 note on a deserted street? In the final analysis it’s your decision, but next, we will look at how some people might go about trying to identify potentially fixed matches. The answer is in the betting patterns.

How to identify a fixed football match

The only realistic way to identify fixed football matches is to adopt the same approach as the authorities and organisations such as Sportradar who gather and analyse sports data on behalf of bookmakers.

Don’t underestimate the sophistication of seasoned match-fixers. Their aim is to place bets on outcomes they can readily influence and that are hard to detect. The large football betting markets are match odds and over/under 2.5 goals. However, exact score markets and over/under 1.5 and 0.5 goals markets are relatively small, so any high-volume bets placed on these are easy to spot and will ring alarms.

Thus, a favourite target for match fixers is over/under 2.5 goals. In a league where the number of goals is close to 2.5 it would need only a small influence by players and match officials to force the result one way or the other, and the activity would be very difficult to detect. Sophisticated statistical analysis of betting patterns in these markets can reveal anomalies in betting volumes that suggest match-fixing. The analysis can also highlight the potential influence of specific match referees.

However, doing this requires access to massive amounts of betting data, which is simply not available to the public. It also requires a deep understanding of sophisticated data analysis techniques. While organisations such as Sportradar do all this on a routine basis, for the ordinary punter identifying fixed football matches isn’t feasible.

What about the adverts that claim to identify fixed games?

It is sad that given our current degree of internet savvy people are still taken in by the most basic of scams. Such websites are simply a variant of getting rich quick scams that will leave you high and dry. Don’t be taken in; if they really knew which matches are fixed, why would they go to the effort of telling you?

Sports betting is the one area of gambling that rewards detailed sports knowledge with value bets which over time will provide a profit. Your time will be far better spent developing your football betting techniques that chasing rainbows such as fixed football matches.

Probably the best thing you could do is join a matched betting service like Profit Maximiser, or a top tipster like the Football Guru.

Most Goals Scored in a Football Match

How to Win Football Bets