We have come to the end of our trial of Football Fever and here are the final results:

Football Fever is a service we had high hopes for coming into the trial, thinking we may have discovered a profitable football-only tipster at last.

Sadly that hasn’t turned out to be the case during our trial, with 12 points lost, which represents a decline of the bank of 24%.

That in our view was just a borderline fail, it could have been a neutral rating but just fell into the failed category.

As you can see from the graph below, things were going well for a while but sadly really dipped in the last part of the trial in late January and February. 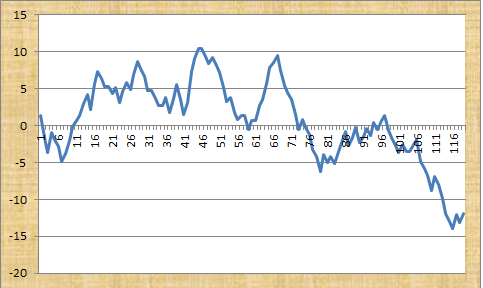 Still, we think it is worth keeping an eye on Football Fever to see if results improve in the long term.

Ease of use: There is around just 1 bet per day, so it does not take long at all to get the bets on and you are done for the day.

Availability of prices: The prices were freely available, with most of the bets coming in the big leagues where there is plenty of liquidity.

Strike rate: The strike rate for the trial was 46%, which is a little lower than it needs to be to generate a profit when tipping at these prices.

Advised Betting Bank: A 50 point bank is advised for following Football Fever, which seems more than adequate to us with a strike rate close to 50% over the long term. Even with a tough run during the trial, the bank was never in jeopardy.

It has been a disappointing trial for Football Fever in the sense that at the outset we really thought we may have found a winning football tipster at last.

Coming into the trial they had amassed five winning months out of five at a return on investment of over 17%.

However, as is so often the case, when it came to the live trial they sadly failed to live up to expectations.

With 12 points and 24% of the bank lost, this is just below the level of a neutral rating for us and means unfortunately we feel a failed rating is justified based on the results of our trial.

However, if they could recapture the form shown prior to our trial, then a re-rating could certainly be in order.

The downturn has unfortunately continued for Football Fever, who have lost a further 3.5 points since our last update.

That means they are now -4 points for the trial overall.

They had a good December racking up 6 points profit but sadly January has been something of a nightmare so far with 13 points lost.

Although the trial has now been going for over 3 months, we are yet to reach the minimum 100 bet mark so we will continue things for another month or so.

Let’s hope things finish with a flourish for Football Fever between now and then.

It has been a slight downturn for Football Fever, who have lost 5 points since our last update to sit -0.58 points down so far after just over two months.

It is a common theme with football tipsters at the moment, who pretty much all seem to be struggling. There have some funny results around to be honest, so perhaps that explains things.

Anyway, we are more or less where we started with Football Fever, so no damage done and hopefully they can kick on over the Christmas period and into the New Year.

It has been a strong start to our trial of Football Fever, who have amassed 4.64 points profit in the first month of the trial.

With football tipsters you do well to make 5 points or more profit per month to 1 point level stakes as you are tipping at much lower odds than horse racing.

So we are impressed with the start made by Football Fever, which backs up the results published on the website prior to our trial.

This is a very selective service, with only around 20-30 bets per month, so a low workload to follow.

The bets are spread around the English and Scottish leagues, plus the big European leagues, so there is no issue in terms of getting bets matched etc.

Let’s hope things continue in the same vein for Football Fever. We will be back soon with further updates.

We recently wrote an article looking at who is the best football tipster, which included some of our own favourites plus an overview of some of the big names in football betting.

Truth be told, there aren’t very many successful football tipsters. That’s despite the beautiful game reportedly being the most gambled on sport in the world, with an estimated £500 billion wagered on football each year.

You would think with all that money being bet on the sport, a few people would have worked out how to make a profit out of it.

Well sadly that seems damn hard – much more difficult than horse racing for example, where there are numerous successful professional gamblers and tipsters.

We are determined however to find those diamonds in the rough – those happy few who have figured out to make money from the world’s most popular sport.

And so we were recently quite excited to come across Football Fever, which is a very promising footy tipster from the Tipster Street stables. 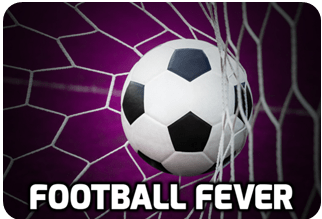 Since starting up this May they have racked up five winning months out of five, with a 60% strike rate and a very impressive 17% ROI.

Football tipsters generally do very well just to manage a 10% ROI, so the 17% achieved to date is rather eye-catching.

Their approach to football betting seems fairly selective, with on average one bet per day during the main season and quite a bit less than that during the Summer season.

If this service can keep up the performance levels it has achieved so far then we may found one of those very rare birds – a football tipster that actually wins.

We will be subjecting this to our usual three month trial to see how it holds up under live test conditions.

Check back here for updates on how the trial goes.

In the meantime you can check out Football Fever here.

What is a rule 4 in betting?

How to win football accumulators
Scroll to top