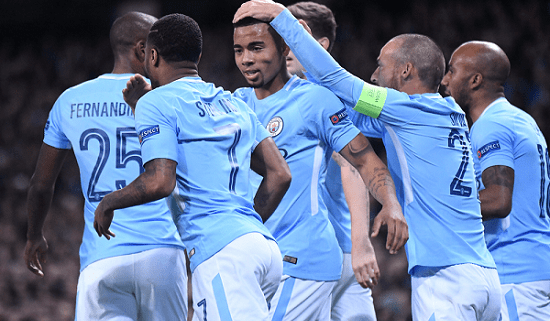 Pep Guardiola would not have been able to believe his luck after seeing how the quarterfinals of the FA Cup played out. With arch-rivals Man United being rolled over by an impressive Wolves team at Molineux, the door has been left wide open for City to stroll through and pick up their second trophy of the season.

In many respects, Guardiola was probably also quite stunned at how his side were able to find themselves 2-0 down to Swansea before completing an incredible comeback to win 3-2. It could have been a weekend of shocks, but in true Manchester City fashion, they were able to restore parity and then managed to find a winner, all in the space of 30 minutes.

The Citizens’ reward for that stirring comeback is a place in the last four, where they will be accompanied by Brighton, Watford and Wolves. The closest domestic challengers out of that lot are Wolves, some five places and 30 points behind City in the table. Watford find themselves six places and 31 points off City, whilst Brighton, who are City’s opponents in the semi-finals, are 41 points off the Sky Blues and 13 places below them in the league.

City were able to beat Brighton 2-0 when they played in the league in September and should find it easy going against the Seasiders when they meet at Wembley for their last-four clash.

In actual fact, the closest anyone in the last four of the competition has come to beating City this season were Wolves, who were able to hold Guardiola’s men to a 1-1 draw at Molineux. Punters should keep in mind that Wolves’ goal on the day was a clear handball but on the balance of play, Nuno Espirito Santo’s men did deserve something out of the game back in August.

Wolves are certainly a decent side and their performance in the quarterfinals shows that they are able to spring an upset or two. After all, they were hosting a Manchester United side that had beaten PSG in Paris ten days earlier, so very few would have expected them to have it their own way. The best betting tips at social gambling platform betconnect, however, suggested that United were set for misery at Molineux and that proved to be exactly how it went.

Nuno Espírito Santo’s side are on their way to Wembley after a brilliant display. pic.twitter.com/KLE3jzFTiJ

On that evidence, punters may be tempted to think Wolves could still spoil the party for City but first, they have to get past Watford.

Even if Wolves were able to beat Watford at Wembley, asking them to do it again in the final against City seems an improbable task. Guardiola’s men have won every final they have played in at England’s national stadium this season. They won’t freeze up on the hallowed turf and under the famous arch, no matter who they may play – and you can be sure they won’t be allowed to be complacent, either, not with Pep Guardiola at the wheel.

Winning the Premier League or Champions League is far from guaranteed for Guardiola, but the same can’t be said for the FA Cup: City are surely going to stroll to FA Cup glory and look almost-certain to lift their third trophy of the season on the 18th of May.

8 FA Cup Facts You May Not Know

Noel Fehily – A Tale of Triumph Over Adversity
Scroll to top