During December we gave members of Honest Betting Reviews the chance to vote for their favourite betting systems of the year.

The first winner was announced last week with Profit Maximiser capturing the title of Best Matched Betting Service by a wide margin.

Now it is the turn of the Best Football System and this was a close run thing with a number of runners getting a high amount of votes.

In a tie for third place were Football Advisor and Banker Bets, two popular long-running services which both gathered around 10% of the votes.

In second place was the respected Chloe’s Football Focus, which racked up a very nice 83 points profit in 2018 and was well deserving of the runners-up spot.

So which service grabbed the top spot?

Well the service in question has won quite a few other awards so it’s probably not too much of a surprise that it won our award for Best Football System too. 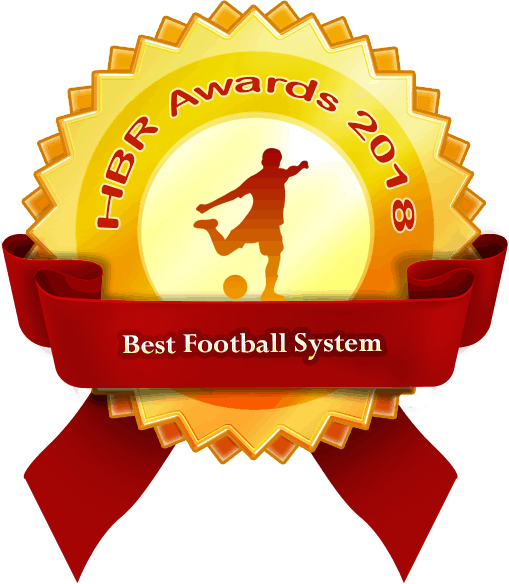 A big congratulations to the whole team at Goal Profits then for scooping yet another award.

And to celebrate the win, the great news is that they are offering a huge discount to join their service so you can get the first week for just £2.49!

That’s great value for a service that’s so popular with hundreds of football traders.

Here is what Steve Brown from Goal Profits had to say on receiving the award:

Thanks Dan and thank you to all of your members who voted for Goal Profits. This is fantastic news! We especially enjoy winning awards which are voted for, rather than randomly handed out. This is our third award win in 2018 alone and it spurs us on to create even better learning resources and trading tools for all of our members.

During the summer, we launched our Live Trading Module and it has been a massive hit! It tracks in-play stats, identifies which teams are actively trying to score, provides trade alerts and much more. We have plenty of new features planned for 2019 and work has already begun on the first of them.

Our 16-week ‘Launchpad’ football trading course was fully updated this year too. All members have full access to Launchpad from day one plus, of course, unlimited support by email, on the forum and in the live trading chat room. We’ve even brought a new team member whose job is to make sure that Goal Profits members receive any help they need as quickly as possible. We’re fully committed to helping as many members as possible reach their trading goals, whether it’s a full-time career or just a steady second income.

As always, there’s plenty to keep us busy as we constantly improve and innovate. Thank you again to everyone who voted and we look forward to trading with you soon!

So there you have it, well done to Steve and the team at Goal Profits for the win and we hope to take another look at the service ourselves over the coming months.
You can try Goal Profits out for yourself here.

“Lay to Lose”/Minimum Bet Guarantee – What It Means For P...
We use cookies to ensure that we give you the best experience on our website. By continuing we assume you accept the use of cookies. AcceptPrivacy Policy
Scroll to top