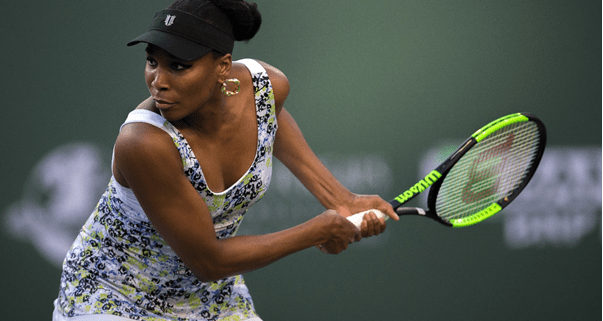 The 15-year-old, who is the youngest female to qualify for a Grand Slam tournament, as well as the youngest player ever to qualify for the main draw at Wimbledon, won in straight sets 6-4, 6-4. However, Williams has won the Rosewater Dish on five occasions and is up there as one of the best female tennis players of the Open Era. Let’s take a look back and remember those five special wins.

The 2000 final saw Venus Williams take on defending champion, Lindsay Davenport, with Williams victorious: 6–3, 7–6 (7-3). This was the first of her Grand Slam titles, which marked her domination of the sport.

Williams went into Wimbledon as the fifth-seed and in the early rounds, managed to avoid any of the seeded players, beating all of her opponents in straight sets. She faced the number 1 seed Martina Hingis in the quarter-finals and it was the first – and only – time that year, any of her matches went the distance. Despite losing the second set, Williams won the match: 6-3, 4-6, 6-4 and found herself up against sister Serena in the semi-finals. A straight sets victory: 6-2, 7-6 (7-3) saw Venus progress to her second Grand Slam final, but a first at SW19.

The number 2 seed this time, Williams successfully defended her Wimbledon ladies’ singles title, beating the eighth-seed Justine Henin in the final: 6-1, 3-6, 6-0. It was the Belgian’s first Grand Slam final.

Much like the previous year, she won all of her early round games in straight sets, before taking on the ninth-seed Nathalie Tauziat in the quarter-finals. The semi-finals saw a repeat of the 2000 final, with Davenport the opponent once again. She provided a sterner test this time, taking the match to the full three sets, but Williams overcame a close second set loss to win: 6-2, 6-7 (1-7), 6-1.

After only winning the Australian Open in 2003 and failing to win a Grand Slam in 2004, Williams went into Wimbledon as the 14th seed, but managed to make the final. The 2005 final will always be remembered as it saw Williams take on her compatriot Davenport again, in what has proved to be the longest women’s final in Wimbledon history.

Straight set victories over lesser-ranked opponents in rounds one to four saw Williams face Mary Pierce in the quarter-finals. It took a second-set tiebreak to hand Williams victory 6-0, 7-6 (12-10) and her opponent in the semi-finals was defending champion, Maria Sharapova. After a close first set, the American triumphed, winning in straight sets: 7-6 (7-2), 6-1 to repeat the 2000 final. The match lasted two hours and 45 minutes, going to three sets, but Williams won her third Wimbledon – and seventh Grand Slam – title to defy the odds.

Having not won a Grand Slam title since her previous Wimbledon success, Williams went into this year’s tournament as the 23rd seed, and she was ranked 31st in the world at the time. Beating Marion Bartoli in the final: 6-4, 6-1, she was – and still is – the lowest ranked and lowest seeded woman to win Wimbledon. Interestingly that year, she was the first female champion to pocket the same prize money as the male champion (who was Roger Federer).

Williams suffered a scare in her third-round match against unseeded Akiko Morigami, but overcame that and faced Maria Sharapova in the fourth round. A straight sets victory saw her up against the fifth and sixth seeds, Svetlana Kuznetsova and Ana Ivanovic in the subsequent rounds, winning both games in straight sets to set up a final with the 18th seed Bartoli. 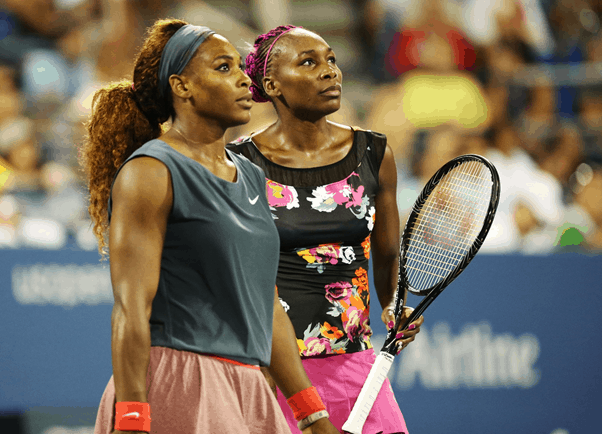 2008 was Venus’ last win at Wimbledon and she’s only made two finals since, but what a fitting way to win your fifth title at SW19. The two sisters had met in finals previously (2002 and 2003) with Serena the victor on both occasions, so it was certainly third time lucky for Venus, who won: 7-5, 6-4.

Venus had a fairly easy run-in to the semi-finals stage, at least. Four of her opponents were unseeded, while she also faced British wildcard Naomi Cavday and Spanish qualifier MJ Martínez Sánchez. She triumphed in her semi-final against the fifth-seed, Elena Dementieva to set-up a showdown against sister, Serena.

A Feast of Betting

Get Your Wimbledon Tips Here!