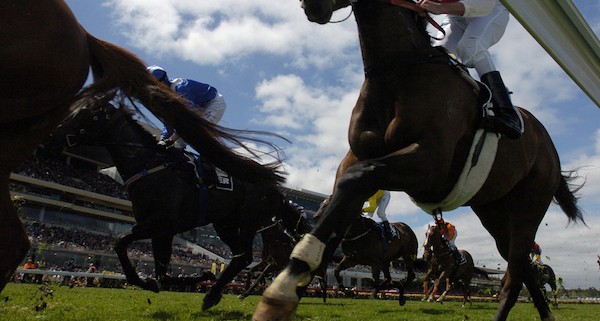 The King George VI Chase is the second most prestigious chase in England, behind only the Cheltenham Gold Cup.

Taking place on Boxing Day since 1947, it consists of the top steeplechase horses and is every race horse owners’ dream to win before the year closes out.

This year’s favourite is currently Might Bite, just as Nicky Henderson’s horse was 12 months ago when it was ridden to victory by Nico de Boinville as the 6/4 favourite.

A disappointing showing as the odds-on favourite at the Betfair Chase last month sees Might Bite’s King George odds back at 7/2 as of today – a price that many punters may feel comfortable backing provided Henderson gets the confidence back in the nine-year-old that the trainer claimed was lacking last month.

Nicky Henderson claimed that the big and stiff fences threw his horse off rhythm at the Betfair Chase as to why it came home in last place.

The winner of that Haydock event was Bristol De Mai. The French horse is currently the third favourite heading into the King George, with a price of 13/2.

Nigel Twiston-Davies’ horse was the same starting price when it won the Betfair Chase. And that result puts the trainer within a shout of winning the £1 million bonus paid out to any horse that wins the Triple Crown – the Betfair Chase, King George VI and the Cheltenham Gold Cup, in the same season.

Many will fancy Native River’s chances also. Colin Tizzard’s horse is currently the 7/1 fourth favourite whilst the trainer himself has had two winners over the past three years here. First was Cue Card, seated by Paddy Brennan in 2015. 12 months later Tizzard enjoyed the same fate when Thistlecrack was ridden home in first place by Tom Scudamore. However, many punters may feel that the surface won’t favour Native River.

2016 winner Thistlecrack currently has a price of 8/1 to win the King George VI Chase for a second time – a feat only accomplished by 14 other horses in an event that dates back to 1937.

Looking to become the first winning female trainer since Henrietta Knight in 2003, Ruth Jefferson is heading to Kempton full of confidence with second favourite Waiting Patiently.

The Irish horse is currently trading at 11/2 having won all six chases in its lifetime. This includes Ascot back in February – the last time that Waiting Patiently raced. That race was won by more than two lengths, ahead of the popular Cue Card.

“Everything is going according to plan – I couldn’t be happier with him, to be honest.

“He’s absolutely bouncing at the moment, so fingers crossed they get some rain at Kempton and we’ll be there.

“There are still one or two things to do – we haven’t schooled him yet for instance, but hopefully we’ll do that next week or the week after.”

The King George VI Chase is one of the biggest events of the year on the horse racing calendar and you can expect a lot of attention on the event on December 26th as well as many wagers being placed.

Get email updates on betting and trading reviews
Tweets by @honestbetting
Where is Betfair Legal?

Does Brain Power Have Champion Hurdle Case After International Success?
We use cookies to ensure that we give you the best experience on our website. By continuing we assume you accept the use of cookies. AcceptPrivacy Policy
Scroll to top