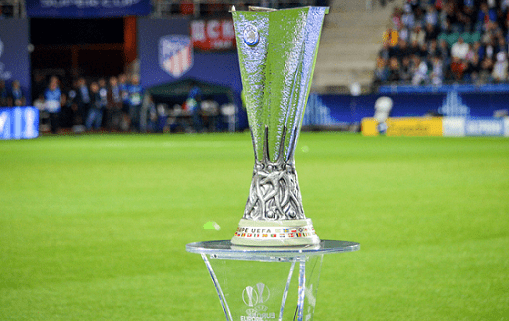 As we enter the beginning of March, the football season within Europe starts to edge closer to its conclusion across a plethora of the countries that form the continent.

Indeed, many of the domestic leagues are starting to take shape in regard to titles, promotions and relegations, whilst cup competitions start to begin to enter the final knockings. This includes the biggest club cup competitions, including the UEFA Europa League.

Widely considered to be Europe’s second competition – at least behind the UEFA Champions League which is regarded to be elite and amongst one of the best in the whole of football – the beginning of March will see the Round of 16 take place after some of the participating teams competed and qualified in the recently introduced playoff knockout round.

Which teams are involved and when will the matches be played

Although you would expect that there are 16 teams to be competing in this stage of the tournament, only 14 will be playing as the match between RB Leipzig and Spartak Moscow has been cancelled. The Germans will be provided with a place in the next stage automatically, though.

Indeed, there are a number of exciting matches scheduled to take place which will have many interested in gambling online as the encounters will likely provide a number of top betting opportunities throughout the two legs to be played.

The matches of this stage are scheduled to be played on the 9 & 10 March in regard to the first legs, whereas the second legs will take place a week later. Let’s take a look at the matches that will be played:

Which fixtures are the most interesting and worth keeping an eye on?

Although it is a bit of a cliche within football, there truly are no bad games in the UEFA Europa League Round of 16 and each of them has its own merits as a potential top clash.

There is no denying that many will look at Sevilla’s game with West Ham United as a potential one to watch, with both sides looking to go for glory. The Spaniards might have an advantage as they have been highly successful in this competition in the past, though, whilst they also have the stadium which will host the final.

FC Barcelona will be considered one of the favourites to win, though, which is why many will look at their game against Galatasaray as one to watch, especially as the Turkish side has always proven to be tough opponents in continental football.

Honourable mentions need to go to the games between Porto and Lyon, as well as the matches that will be played between Atalanta and Bayer Leverkusen, as these ties will see four big teams go at it with places just for two of them available. Many of the teams involved will be happy to see any two of the four depart.

Get Your Free Tips for the Europa League Final

Horse Racing Bet Offers: Why You Should Read the Small Print
Scroll to top
We use cookies to ensure that we give you the best experience on our website. By continuing we assume you accept the use of cookies. AcceptPrivacy Policy