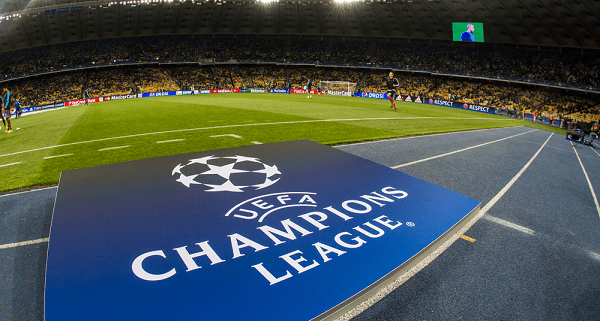 After an intriguing set of first leg matches in the Champions League Round of 16, attention is already turning to their concluding encounters in mid-March.

There are lots of opportunities for bettors to sink their teeth into a variety of markets, but before you join them, you should really consider what constitutes value and what doesn’t in these home-and-away matches.
Don’t succumb to irrational biases in your bets, and instead consider these three contrarian angles of attack.

Never Write off a Mourinho Comeback

The general consensus is that the Midas touch that Jose Mourinho displayed in his ‘Special One’ days is very much consigned to the past.

And it’s true: if he is to reinvigorate his management career, he is going to have to overhaul his own working methods and get Tottenham back to the level they enjoyed in happier times under Mauricio Pochettino.

But to write off the Portuguese disciplinarian would be foolish, given that this is a man who has twice won the Champions League as a manager and also triumphed twice in the Europa League – he knows his way around a continental knockout phase.

150 – José Mourinho has won 81 of his 149 Champions League matches – indeed, of the three coaches to have taken charge of 150 games in the competition (Ancelotti, Ferguson & Wenger), only Ancelotti (84) can boast more wins than Mourinho through his first 150 games. Speciality. pic.twitter.com/SdMon84JNQ

Spurs face a one-goal deficit against RB Leipzig and have to travel to Germany for the second leg, of course, but they will only need to score one away goal to really put the cat amongst the pigeons. That is what makes their ‘to qualify’ betting odds of 7/2 so appetising.

But is there any hope of that? Well, the German outfit were beaten by Lyon on home soil in the group stage and dropped points against Benfica, while in the Bundesliga they concede at an average rate of more than a goal per game in front of their own supporters.

The Londoners may be without Harry Kane and Son Heung-min, but with Mourinho at the helm, they will know that anything is possible.

Underestimate Simeone’s Dogfighters At Your Peril

Despite trailing by a goal from the first leg, Liverpool are priced as short as 5/6 in the Champions League football betting odds to progress to the last eight at the expense of Atletico Madrid.

The Reds may be closing in on the Premier League title but they have been riding their luck of late, and in the first leg against Atleti at the Wanda Metropolitano Stadium, they failed to muster a single shot on target against a defensive masterclass from Diego Simeone’s men.

And El Cholo lives every single minute of each match. 🙌 pic.twitter.com/i3TEDS2Ftz

In truth, this was the archetypal performance from the Madrid based outfit in the Champions League. Aggressive, hard-working and well organised, Atleti rarely looked like being broken down by a Liverpool side that quickly ran out of ideas.
The Reds could be without midfield general Jordan Henderson for the second leg at Anfield, and only the most optimistic of their supporters would predict anything other than a tight and conservative affair.

Atletico have conceded just 18 goals in 25 La Liga games at the time of going to press, shipped just five in six in the Champions League group phase and, lest we forget, they have reached two finals of this competition in the past six seasons thanks largely to the tactical wizardry of Simeone.

If you back Liverpool blindly here, you may be in for a nasty shock.

If you read any build-up and analysis ahead of the second leg between PSG and Borussia Dortmund, much of the content you see will extol the virtues of the two attacks.

Any why not? On the pitch at the Parc des Princes are likely to be Neymar, Kylian Mbappe, Angel Di Maria, Erling Braut Haaland, Jaden Sancho and Thorgan Hazard.

But one common fallacy bettors fall for is that automatically means that goals will follow.

Admittedly, the first leg finished 2-1 in the Germans’ favour, but an Expected Goals (xG) count of 1.26-1.36 hardly screams end-to-end thriller.

These two teams will also deploy a 3-4-3 system, which will pit the players into individual battles, rather than allow for any tactical supremacy, and that could lead to frustration on behalf of the neutral observer watching on from home.
And, of course, the chief consideration in any betting act has to be game state.

Let’s think about the facts. Borussia Dortmund would happily take a 0-0 draw here, ad while parking the bus is not really their style there will be a subconscious desire to protect their lead for sure.

And then PSG’s away goal means that they only need a 1-0 victory in the second leg to progress – if they concede an away goal of their own, it will be curtains for their hopes of a quarter-final place.

With both teams happy for an event-free, low-scoring encounter, does it make sense for punters to oppose the general logic of goals between these two sides?

These are three Champions League trapdoors that many punters will fall through. Make sure you don’t follow the herd.