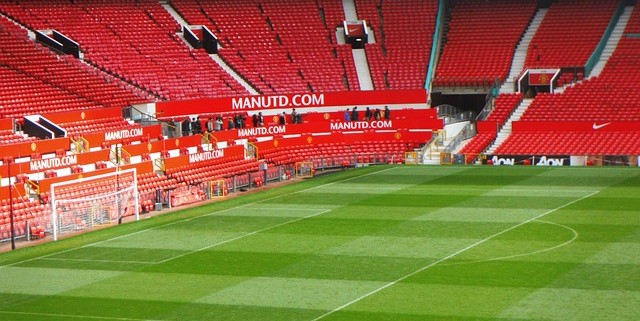 We all know that goals win games, and it is the ability of his side to find the back of the net that will occupy Manchester United boss Louis van Gaal’s attentions ahead of their Champions League clash against CSKA Moscow at Old Trafford on Tuesday night.

The Football betting has United favourites to claim the points and maintain their progression to the knockout stages with odds of 8/15. For those fancying a CSKA victory on Mancunian soil the odds are 5/1, while a draw is 3/1.

For United to win they must score, but that has not been happening in recent weeks as the Red Devils have recorded three goalless draws on the bounce.

Christian Crowther writes on Ladbrokes News: “Skipper Wayne Rooney has attracted much criticism for some peripheral performances leading the line, increasing clamour for Anthony Martial to get the central role, but in truth the likes of Juan Mata and Memphis Depay must chip in with more goals.”

Victory at Sevilla for Manchester City at Sevilla on Tuesday night will put Manuel Pellegrini’s men in a strong position to make it through to the last 16. Sevilla are narrow favourites to win this with odds of 7/4 against 7/5 for City and 12/5 the draw.

Arsenal have the toughest of tasks on Wednesday with an encounter against Bayern Munich in Germany. The Gunners really need to get something if they are to lift themselves off the foot of the group table and keep their progression aspirations alive, but with odds of 6/1 against Bayern’s 2/5 the chances look very slim.

Following a miserable run so far in the Premier League Chelsea need something to cheer them up and victory against Dynamo Kiev would help lift the gloom. With odds of 7/10 for a Blues victory, Sky Bet are predicting a night of joy at Stamford Bridge this Wednesday.

Draw Day Demolition – Final Review
We use cookies to ensure that we give you the best experience on our website. By continuing we assume you accept the use of cookies. AcceptPrivacy Policy
Scroll to top