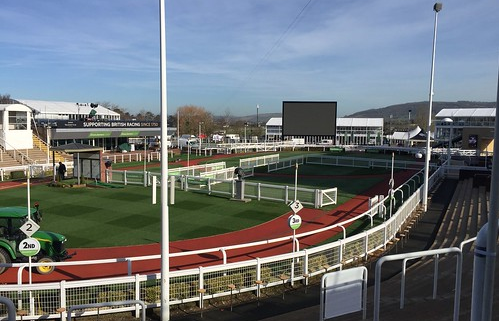 “Cheltenham RaceCourse” (CC BY 2.0) by AndyLoos

The Cheltenham Festival is the centrepiece of the national hunt season, and when it comes to individual races at the festival, none are bigger than the Cheltenham Gold Cup. A battle over three miles and two furlongs, this race demands quality, staying power, good jumping, and plenty of heart and will to win.

The 2022 renewal looks to be wide open, with plenty of contenders lining up and thinking they are good enough to get involved. The betting markets reflect that too, for those looking to bet on horse racing in the UK, with A Plus Tard leading the way as the 10/30 favourite. He finished second last year to Minella Indo, who is also close up in the betting.

Then we have Galvin as the current 4/1 joint second-favourite with Minella Indo, he is the newcomer on the scene, taking his first steps into open company at the festival, after winning the National Hunt Chase for novice horses last season. The winner of the 2019 and 2020 races, Al Boum Photo, is leading the rest of the pack.

The one constant with all of these challengers is that they are from Ireland. This is a race that the Irish have dominated in recent years, and it is highly likely that they are going to take home the Gold Cup prize once again, if the betting market is to be believed.

🏆 @HenrydeBromhead has won the ‘Holy Trinity’ at the Cheltenham Festival with a one-two finish!#ITVRacing#CheltenhamFestival pic.twitter.com/ndc7njTGvO

Can Any Outsiders Upset the Market?

Of course, while those at the head of the betting market will take most of the interest in this race, they won’t take it all. Behind them, we are likely to see a big field, with a number of outsiders that will be hoping to pick up the pieces, if any of the big guns fail to fire on the day.

One of the most interesting of these runners is Ahoy Senor, who won a strong novice chase at Newbury in November by 31 lengths. He looks to be a very nice horse, and one for the future, but with ambitious connections, they may throw him in at the deep end in 2022, and he would certainly add some intrigue to the contest.

There are many horses in the contest that have the ability to cause an upset on the day, but generally, most are probably not quite good enough to win a Gold Cup. Horses such as Tornado Flyer, Royale Pagaille, Mount Ida and Asterion Forlonge could all be involved, but need things to go their way, and probably for some of the more fancied runners to disappoint.

With all of the names mentioned, we look set to see a big, competitive field go to post for the feature race of the Cheltenham Festival. The race will take place on the Friday of the meeting and round off a fabulous four days. Many connections will fancy their chances, but given the number of names involved from Ireland, it seems as though whoever wins the contest is likely to be from across the Irish Sea.