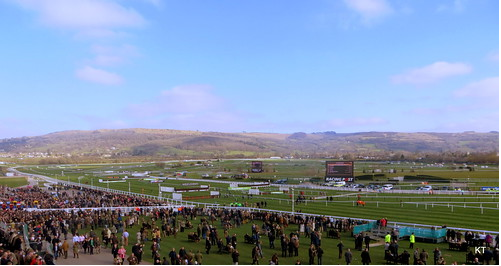 The Cheltenham Festival is the pinnacle of UK & Irish racing, and in 2021, the majority of the prizes went back home across the Irish Sea. Ireland won 23 of the 28 races that took place across the four days of the meeting. Will the same happen again in 2022?

That may be a tough ask, but dominance seems to be on its way, and landing 20 winners would certainly be no surprise, which is huge considering the competitive nature of the racing that takes place. A look at the latest racing odds for the Championship races at Cheltenham and you will see that Ireland is fancied to win three out of the four. As of January 18, they have 8/11 Champion Hurdle favourite Honeysuckle, 11/4 Stayers Hurdle favourite and the first four in the betting for the Gold Cup, with A Plus Tard leading the market at 7/2.

Of course, on top of this, they are always strong in the novice races and the handicaps at the meeting, which will be reflected in the fast results, so it seems we are set to see plenty more prizes on their way to Ireland this year.

Why is Ireland Dominating?

Without a doubt, at the moment, the biggest and best purchases are all finding their way to Ireland. Whether it’s the point to point winners, French recruits or horses from the flat, they all seem to be heading to Ireland.

Willie Mullins, who was top trainer at Cheltenham in 2021, gets a good share of them, as does Gordon Elliott, with the investment from Gigginstown Stud really paying dividends for him right now. The top two have a new challenger too, further strengthening the Irish charge.

That is Henry de Bromhead, a man who had a remarkable time in 2021, and if he gets anywhere near those achievements in 2022, it will be a huge season for him. Last season, de Bromhead trained Honeysuckle to victory in the Champion Hurdle, one of six wins for him at the meeting.

Not only that, but de Bromhead went on to win the Grand National with Minella Times, further cementing his place at the top table, after years of Irish dominance from Mullins and Elliott. Not only are the big two becoming bigger, with some sizeable purchases heading their way, but they are now a big three, which is only going to push the odds in their favour even more unless the UK fights back.

Can the UK Fight Back?

It has been a while since anyone took the UK racing on their back and pulled them forward. In the past, Paul Nicholls has done it, though doesn’t have the same kind of backing from owners now as he did in the past.

The same can be said for Nicky Henderson, while Dan Skelton continues to shine but fails to find the very top quality horses that can really challenge championship races. UK racing needs to find a way to compete with Ireland but may be waiting a while for that to happen.

Are Cheltenham Festival Bankers a Thing of the Past?

Are the Defending Champions the Ones to Beat at the 2021 Cheltenham Festival?