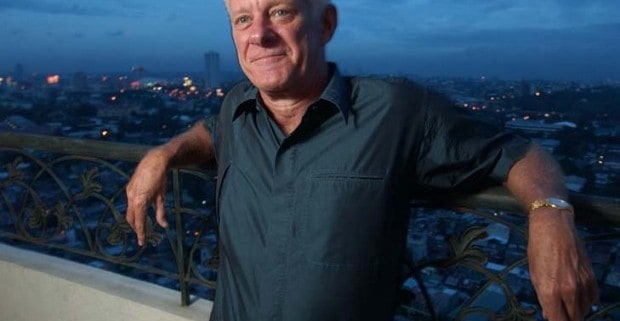 Today we continue our series of articles looking at great professional gamblers of past and present with a look at Alan Woods, considered by many to be among the top three gamblers in the world.

Murwillumbah, Australia-born Alan Woods has much in common with American Bill Benter. Like Benter, he showed an early fascination with blackjack and professional gambling. Like Benter, he was also youthfully obsessed with the book Beat the Dealer, which applies mathematical and statistical probability to games of chance. Indeed, Woods is said to have observed that he regarding horse racing as “nothing more than a mathematical equation to be solved.”

The many similarities between Woods and Benter drew them together in the mid-1980s, and they became partners, sojourning in Hong Kong. Woods in particular has told interviewers that he was drawn to Hong Kong because of the overwhelming popularity of racetrack betting there and the relative transparency provided by the Hong Kong Jockey Club. Woods was also drawn by the idea that Hong Kong’s gambling culture, which was imbued with ideas of fortune and luck, was ripe for a change. (In addition, of course, the tendency of gamblers to rely on superstition or subjective factors makes it that much easier for gamblers with a more objective focus to win big.)

The partnership began developing computer programs by which horses, races, jockeys, and tracks became items of statistical probability. Although the partnership broke up soon after it began, both men continued mathematical-probability based betting and became very successful. Woods has been deemed one of the top three horse race gamblers in the world. When he died in 2008, his net worth was approximately A$670 million.

Yet there were significant divergences between the two men as well. While Benter became a fixture in the Hong Kong racing community, Woods was said to have never gone to the track. Unlike Benter, who split his time between Pittsburgh and Hong Kong, Woods lived for years in a gated compound in Manila, more than a thousand miles from any track.

Nonetheless, the computer-generated gambling he helped to create had a huge impact on Hong Kong horse races. One profile of Woods, for example, focused on a Triple Trio with a purse of $26 million. (In a Triple Trio, a bettor must choose the first three finishers in the fourth, fifth and sixth races.) In this race, Woods’s team had actually analyzed 1.77 million possible combinations. They were responsible for nearly 15% of the $13 million bet on the Triple Trio.

Although Woods found great pleasure in mathematics early on in life–“I could count to a hundred before I ever went to kindergarten,” he told Australia’s The Monthly magazine–he was by no means a gambler. He tested off the scale for mathematical abilities when tested during an actuarial course while attending college in Australia.

However, also at college, he did bet the horses, and remembered his first race vividly, telling Australian reporter Tony Wilson: “I picked the third-favourite, a mudlark, to beat the two best horses in Australia at the time, Sky High and Wenona Girl, on a very wet track. And it won. So unfortunately my first experience on the horses was a winning one, because then I thought: ‘Hmmm, I’m pretty good at this.’” He was also an excellent poker player and bridge aficionado.

Weighing and exploring all the factors that go into a race is a huge part of the computer programs that Woods and his group, called Libertarian Investment Limited, do. Along with the standard variables—horses, jockeys, tracks, owners, past records, present expectations—they have tried out categories called “bad rides” and “premature speed” to handicap horses.

Weighing and exploring all the factors that go into a race is a huge part of the computer programs. One of the primary methods for computer syndicates such as Woods’s, for example, is to troll the numbers for a convergence of events that the team calls an overlay. This is a horse that has been overliked by the public, in a sense—one whose odds are therefore too high.