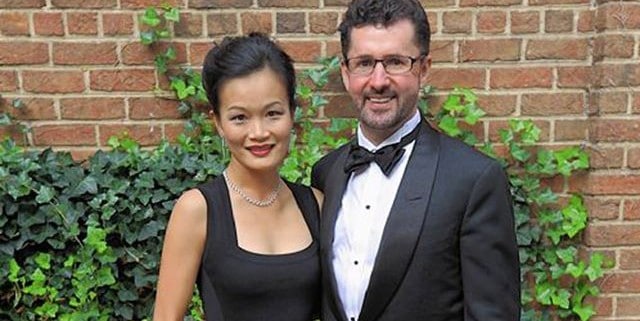 Here at Honest Betting Reviews we are commencing a series of articles looking at the greatest professional gamblers of past and present.

Partly we are doing this to see what we can learn, partly to draw some inspiration and partly just because most of them are fascinating stories!

These guys have not only managed to succeed where 98% of gamblers fail in actually making money, but have taken things to a whole other level in making large amounts of money – many of them in doing so changing the face the gambling as we know it.

The first in our series certainly did all of those things – and more. We hope you enjoy this article and the series.

The geography of Bill Benter’s life spans the globe, from his hometown of Pittsburgh, Pennsylvania to Hong Kong, where he made a fortune and, as a professional gambler, revolutionized racetrack betting. Benter has feet firmly in both areas: he is a charitable contributor to multiple organizations in Pittsburgh and several years ago was married in Hong Kong in a Tibetan Buddhist ceremony.

Why does the title of this article call Benter a racetrack king? Two reasons: 1) he is simply incredibly successful at gambling and 2) he is one of the bettors who has computerized the sport of betting, making it, in the words of Wired magazine, “more and more like a stock market model…horses should be thought of as Dell or Microsoft – their past performances are the equivalent of economic charts.”

First, let’s talk about the success. Benter makes an estimated $10 million per year from his Hong Kong betting activities. Hong Kong is an incredibly lucrative market. Two racetracks alone bring in an estimated 71 billion in Hong Kong dollars. The amount bet on each race in Hong Kong is simply “the largest in the world” according to Wired.

Benter moved to Hong Kong, in a sense, after Las Vegas threw him out for being too successful—and for having a system that worked. When he was a young man, Benter read a book beloved by many a gambler, Beat the Dealer. He was mesmerized, and put the book’s principles in play in blackjack at the tables in Las Vegas. Beat the Dealer was oriented around mathematical analysis, essentially crunching all the variables and translating them into mathematical probability. Benter, starting with a relatively small stake, found it not only mesmerizing, but a great way to precisely calculate probability—and thereby make large amounts of money.

Fast forward to Hong Kong, where in the mid-1980s, with only a $150,000 bankroll, Benter and his then-partner set up shop in gambling on horse races. Hong Kong is not only a staggeringly lucrative gambling market, it is known to be clean, run and maintained by the Hong Kong Jockey Club, a not-for-profit organization that maintains a limited pool of competing horses. The aboveboard nature and the limited pool created ideal conditions for a mathematically oriented model.

Success was not instantaneous—Wired estimates that Benter lost his shirt once if not more—but when it came, it came big. Many have dubbed him the world’s pre-eminent sports bettor—the most successful and the most disciplined.

Second, let’s talk about the revolution he helped make. The computerized gambling that Benter and his group represent have made gambling more than a sport that relies on bets and hunches. Working with a group of employees, the Benter horse racing system essentially analyzes probabilities in a way not tremendously differently than Beat the Dealer advises—but instead of cards and other players, it is the horses, the jockeys, the track, and more.

They analyze multiple variables from the track. Horses are assigned grades on such factors as how they come out of a turn, how they recover, how they finish, the jockey’s past performance, and the condition of the track. When Benter started, it is believed that he analyzed roughly 30 variables. Now, all told, roughly 130 variables are graded minutely via specially designed software, put into a database, and utilized to predict the outcome of a given race.

More than a Professor or President – a King

Benter has gathered accolades from all over the world for his success and his system. He has been invited to lecture in mathematics departments and served as president of a Hong Kong Rotary Club. But, as the title says, in the world of which the Hong Kong racetrack betting is a part, he’s more than a professor or a president—he’s a king.

Get email updates on betting and trading reviews
Tweets by @honestbetting
What is a Trixie bet?