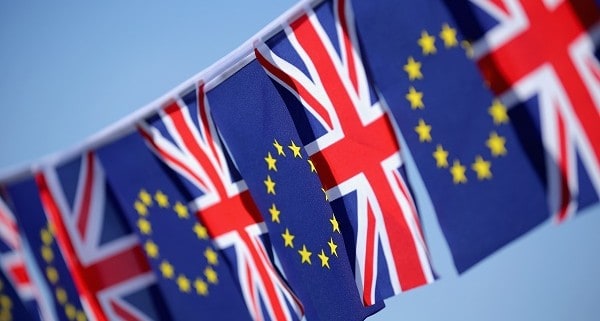 So the months of relentless media coverage and overblown statements from politicians will finally, thankfully, come to an end tomorrow when Britain goes to the polls to decide if we stay in or leave the European Union.

Don’t know if you are sick of it all by now but I certainly am.

Anyway, whether you will be voting remain or leave, some things have become clear over this campaign.

Firstly, whatever the logical and rational reasons for leaving may be, the referendum campaign has sadly unleashed a lot of racism and xenophobia that has been at best unpleasant and at worst has resulted in the tragic death of MP Jo Cox and divided our communities for a long time to come. Both sides have become extreme in their rhetoric and politicians have certainly not covered themselves in glory.

Secondly, David Cameron seems to have greatly underestimated the risks that the country would vote to leave and is almost certainly now regretting making the promise to hold a referendum.

And thirdly, there is a great need for some kind of independent verification of supposed “facts” claimed by both sides in referendum campaigns, because frankly a lot of rubbish has been spewed out by both sides in recent weeks and without any kind of authority to check them, it leaves the public confused and wondering who they should believe.

Anyway, rant over and turning to the betting on the event, what can we say?

Well after the shock of the last General Election, when pollsters, pundits and bookies alike got the result completely wrong, it would take a brave punter to wager much money on the event.

However, there must be some brave punters out there, because bookies are reporting a woman in London who has never bet before has wagered £100,000 on remain at odds of 1.4, whilst another lady from Kingston who has also never gambled before has risked £10,000 on leave.

And it has become the biggest political betting event in British history, with over £50 million wagered on the outcome.

Interestingly, whilst more people are betting on leave (66%), a lot more money (69%) has been wagered on remain. That means either professional money is coming in for remain, or that people backing it are more confident in their prediction.

The betting markets have fluctuated wildly in recent weeks, going from 1/6 for remain a few weeks ago to 4/6 at the end of last week and back towards remain again in the last few days.

That means the Betfair market has an implied probability of a 75% chance of remain and 25% chance of Brexit.

The polls meanwhile indicate a very close race, with the poll of polls showing 44% remain and 45% leave.

So why is there such a discrepancy between the polls and bookies?

Well the difference is explained in large part by the “status quo effect” in referendums. There is a great article about this by Peter Kellner here, but basically in this country and around the world, there is usually a large swing towards the status quo when referendums get close and on polling day.

It seems people start to think “is it worth taking the risk?” when confronted with a big decision that could have serious implications for the future and adopt a “better the devil you know” approach.

As Steven Fisher and Alan Renwick point out here, across all ten UK referendums, “the average error of the average of polls in the final week overestimated the change vote by 2.25 percentage points.”

Even taking the status quo effect into account though, it still seems the betting markets have overestimated the chances of remain. A 2.25% change would take remain from 1 point behind to 1 point ahead, but still a very close result.

Should you bet on the event?

Well after the General Election I personally think you would be mad to bet on the outcome. I have very little faith in polls now anyway, but the way they have fluctuated around over the last couple of weeks should give even more cause for concern.

If I had to bet on something, I would probably take leave’s vote percentage to be a little higher than expected, with 4/5 available on it being above 46.5%.

I also think that turnout will be high.

This is just based on anecdotal evidence really, in that everyone seems to be discussing the referendum in pubs and cafes when I’ve been out and about, whereas normally before General Elections people don’t seem too bothered.

So I think turnout will be higher than in Elections and would go for over 68% turnout at 4/6 with Coral.

In terms of the financial markets, they seem to think remain has as good as won already, with the FTSE sitting at over 6300 today and the pound at 1.47 to the dollar.

If it does end up being a Brexit vote, these two will get an absolute hammering, with the mighty George Soros predicting the pound could fall in value by 20% and many analysts predicting the FTSE will collapse by a similar amount.

It will be interesting to see what happens in the referendum and whether the polls can regain some of their reputation and get a bit closer to the actual result this time.

I am staying out from a betting point of view but good luck if you do have a punt and whatever the result ends up being, I think we can all agree on one thing – thank god it will all be over!

Betting on the US Midterms – How Did They Go?

A Quick Guide to Arbitrage Betting

How to Pick a Winning Horse
Scroll to top