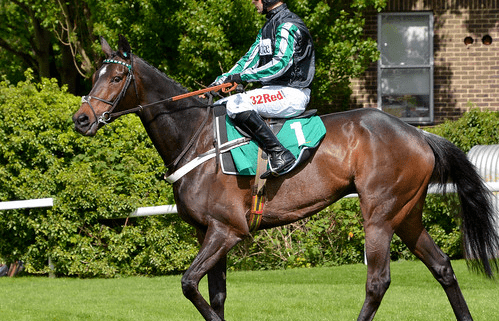 At the 2020 Cheltenham Festival, few of the so-called bankers throughout the meeting delivered on their status. It serves as a timely reminder that there are no certainties in horse racing or betting.

Popular National Hunt horses including the likes of Paisley Park, Tiger Roll and Altior didn’t turn up. The latter didn’t even make it to his hat-trick bid in the Queen Mother Champion Chase as lameness prevented him from taking part.

In the Cross Country Chase, meanwhile, dual winner Tiger Roll didn’t look the force of old who went on capture consecutive Grand National triumphs at Aintree. The young French pretender Easysland, bought by leading Irish owner JP McManus in the course of the season, turned him over as younger equine legs prevailed.

Paisley Park was known for hitting flat spots in his staying hurdle races, but never got his second wind at all back at Cheltenham. The defence of his Stayers’ Hurdle crown was left in tatters as 50/1 chance Lisnagar Oscar led home a procession of outsiders that left punters puzzled.

Even the mighty Willie Mullins, who has farmed the races for mares at the Festival, was left with a rare defeat. The Mares’ Hurdle went to an Irish trainer, but not him as Henry De Bromhead’s Honeysuckle left previous winner Benie Des Dieux beaten.

After all that happened, you could be forgiven for treating the bankers for next year with some suspicion. What Cheltenham in 2020 may have told us is we were witnessing a changing of the guard. Old favourites can’t go on winning at the highest level forever and new faces emerged in their place.

Racehorses over jumps tend to have longer careers than their Flat counterparts. You can’t breed from a gelding after all, so they stay in training for more time in the National Hunt game.

Envoi Allen was perhaps the exception to the rule with Cheltenham bankers as he took the Ballymore Novices’ Hurdle. His trainer, Gordon Elliott, has the Gold Cup as a long-term career aim for this horse too.

The path to that goes through his novice chase season first. Envoi Allen needs more experience of fences, but is already the 2/1 favourite in the ante post horse racing betting on the Marsh Novices’ Chase at the 2021 Festival.

He is already a banker for third consecutive year at Cheltenham, then, if the market is any indicator after landing the Champion Bumper in 2019. While Envoi Allen remains unbeaten, he will always be a short price with bookmakers as they fear horses on winning streaks.

Shishkin, of the Nicky Henderson stable, who as of the time of writing has yet to jump a fence in public, looks another apparent banker for the Arkle Challenge Trophy. That novice chase is over a shorter distance than the Marsh and he’s already 3/1 favourite for it.

Taking a cautious approach to banker bets is the key lesson from the 2020 Cheltenham Festival, but don’t surprised if some of the ante-post market leaders straighten the record next year.

Horses for Courses: Is There a Profitable Cheltenham Festival Betting System?

Who Is the Best Tipster?

Trade On Sports – Final Review
Scroll to top
We use cookies to ensure that we give you the best experience on our website. By continuing we assume you accept the use of cookies. AcceptPrivacy Policy