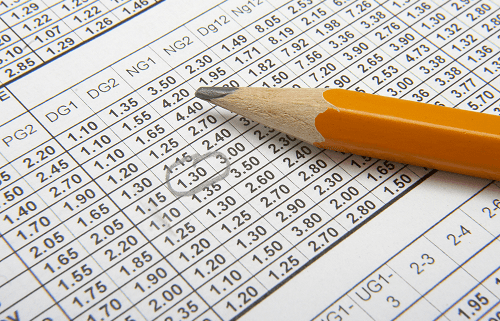 A series of brief explanations to horse racing betting terms to assist the use of betting sites online.

Single bets occur when punters place one bet within a chosen event. In order to get a return, the single bet has to come back successful.

Each Way bets are made up of two equal bets. There is a ‘win’ bet where punters make a selection to win a given event and a ‘place’ bet that covers various runner-up positions at reduced odds. The place bet can cover between two and four places.

Doubles are accumulators with two single bets where the odds of each bet are then combined.

Similarly, trebles consist of three selections. Larger accumulators may be referred to as “four-fold”, “five-fold”, “six-fold”, etc. depending on the number of selections.

To see a return, all selections chosen must both be successful

Trixies are four bets across three different events in the form of three ‘doubles’ and one ‘treble’. This allows a return if two of three event bets are correct.

Patents are seven bets made across three events. These are similar to trixies but involve additional single selections.

Patents require just one selection to be successful to gain a return.

A Yankee is eleven bets from four selections. A Yankee bet comprises of a four-fold accumulator, four ‘trebles’, and six ‘doubles’.

These are like ‘yankees’ with the addition of single bets. Lucky 15 bets include a ‘four-fold’, four ‘trebles’, six ‘doubles’, and four ‘singles’.

A Canadian is 26 bets made up from five selections. Canadian bets include an accumulator, five ‘four-folds’ 10 ‘trebles’ and 10 ‘doubles’. In order to get returns from a Canadian, at least two of the selections must be successful.

As the name suggests, a Lucky 31 is made up of 31 bets which are then placed on five different selections. A Lucky 31 consists of 10 ‘trebles’, 10 ‘doubles’, 5 ‘singles’, 5 ‘four-folds’ and a ‘five-fold’ accumulator. There are additional bonuses of 15% and 25% if four or five selections win respectively.

These bets are comprised of 57 bets made using six selections. A Heinz bet includes 20 ‘trebles’, 15 ‘doubles’, six ‘five-folds’ along with 15 ‘four-folds’, and also a ‘six-fold’ accumulator. In order to gain returns, at least two of the selections must be successful.

The Super Heinz is 120 bets spread over seven different selections. To secure a return, at least two selections have to come in. This bet has 21 ‘doubles’, 35 ‘trebles’, 35 ‘four-folds’, 21 ‘five-folds’, seven ‘six-folds’, and a ‘seven-fold’ accumulator.

The aptly named Goliath is comprised of a massive 247 bets made across 8 selections. A Goliath consists of 70 ‘four-folds’, 56 ‘trebles’, 56 ‘five-folds’, 28 ‘doubles’, 28 ‘six-folds’, eight ‘seven-folds’, and an ‘eight-fold’ accumulator. In order to gain a return from a Goliath, at least two of your selections must be successful.

Essentially a ‘forecast’ of the top two finishers will be in the given order.

Reverse Forecasts involve predicting two finishers in a given order.

In Combination Forecasts, punters choose three or more selections to finish in the top two in any order.

The top three must finish in the predicted order to secure a return.

These involve three or more selections to finish in the top three in any order.