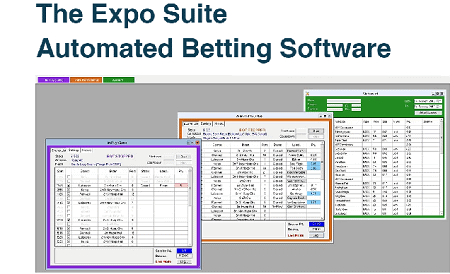 It’s been a tough run over the last month for the Expo Bot, with a loss of 237 points for the Auto Dutch system since our last update.

That puts the Auto Dutch system 284 points down for our trial overall.

The big news however – which is hot off the press – is that Expo Bot is moving to the cloud rather than being operated on a desktop.

This in our view will be a big improvement and will mean everything will be fully automatic rather than having to set up a VPS (or have your PC running all day), download a desktop app, install updates to the software, check for bugs if it isn’t working properly etc. All of that will now be handled remotely on the cloud, so a much simpler customer experience.

The Auto Dutch system is also being paused for now and is scheduled to resume running on the cloud in September, which will contain enhanced performance filters. They say they have enough data accumulated now to bring this to final version in the next update.

So in terms of this review, we will call it a day for now and say that this was unfortunately heading for a failed rating based on the results achieved to date. We will commence a new review once the new cloud software with the new parameters launches, which will hopefully not only be really simple to operate but produce better results as well.

This new version of the Expo Bot is also due to have football trading added to it, so we will include that in our review when it is available later this year.

So that’s it for this review for now but we look forward to seeing the relaunch in September.

A bit of a recovery for the Expo Bot lately, with a profit of 95 points for the Auto Dutch system since our last update.

That means the Auto Dutch is now 47 points down for our trial overall.

We missed a couple of days of bets with the bot not working for one reason or another. The problem may well have been at our end with not having downloaded the latest version but we couldn’t be sure. There are still a few teething problems as the bot gets puts through its paces but hopefully over the next couple of months these issues will all be ironed out.

They have made an adjustment to the Auto Dutch system, removing Mondays from betting days which would have considerably improved the results so far and makes sense given that Mondays are often poor in terms of the quality of racing.

As mentioned last time we stopped proofing the in-play betting system as it is being completely revamped.

Anyway, good to see the recent recovery for the Auto Dutch and let’s hope it continues.

The tough run has continued for the Expo Bot unfortunately, with a further 11 points lost since our last update.

We have stopped monitoring the In-Play Betting System as they are completely overhauling it and pretty much starting from scratch, so there didn’t seem much point continuing following a version of something that isn’t going to be used going forward.

In terms of the Auto-Dutch system, it has also been a rough spell lately. We are operating it continuously over the evening rather than on a stop-at-a-profit basis. If you had been using the latter you would be 7 points down over the period of our review rather than the 14 points down we are from letting it run. That is to be expected really given that you would be betting in fewer races.

In the grand scheme of things the losses aren’t too bad and represent just 14% of the advised betting bank, but we had been hoping for more from this system so it is a little disappointing.

It is important to remember at the same time that everything is still in beta testing mode at the moment so this is just the beginning for Exponential Bet and they have got a number of promising things in development so let’s see how they progress over the coming weeks and months.

It’s been a bit of a rough ride lately for the Expo Bot, with 18 points lost since our last update a month ago.

That means they are now 24 points down for our trial overall (or £240 down at the £10 stakes we are using) for the two systems – the In-Play trading and Auto-Dutch systems.

You can view full results here (please note there are two tabs on the spreadsheet for the two systems).

However, that doesn’t really tell the whole story as it is the In-Play system that has really been struggling, losing 21 points so far, whilst the Auto Dutch has been doing ok.

To be fair the In-Play system is still in beta mode and Ryan who runs the service is working on some changes to the process which should improve results.

In the meantime we would recommend putting it on hold if you are running this system until the new changes have been introduced and bedded in. We will still record results of course because that is what a live trial is all about, but Ryan has been clear from the outset that this was in beta mode so results could be volatile whilst he finds the optimal parameters for it.

Meanwhile the Auto-Dutch system has been working better, with a small profit made since our last update.

We are also pleased to report that we are now running the bot on a VPS and it has been running much more smoothly on that, although does need occasional checking as I missed a few days whilst away on holiday and the bot didn’t automatically refresh each day – but seems to be doing so now.

Anyway, Ryan has also been working on some new systems which sound very interesting, including some auto-trade software which we are intrigued by.

So whilst it has been a little bumpy with the Expo Bot lately, there is still plenty of time left in our trial and we are very hopeful about developments for the Exponential Bet service going forward.

It’s been a tough start to our trial of the Expo Bot, both in terms of results and getting it to work properly.

In terms of results, we are currently 6 points down (or £60 down to the £10 stakes we are using) combined for the In-Play trading and Auto Dutch systems.

You can view full results here (please note there are two tabs on the spreadsheet for the two systems).

It should be stressed however that these are not comprehensive results for the Bot because (as alluded to) we have had some problems running it and haven’t been able to place all the trades.

Some of these problems it seems were at our end and some at the developer’s end, as we are now on the fourth version of the bot due to some technical issues.

This is to be expected really with a new piece of software like this which is quite sophisticated and it should be stressed that the Bot is still in beta mode at the moment before being officially released as an “end product” if you like.

Hopefully most of the teething problems have been ironed out now and it will be smoother sailing from here on in.

In terms of the results, whilst they have been a little disappointing thus far, the losses haven’t been too bad in the grand scheme of things and they have coincided with the “limbo period” of the jumps season ending and the flat season starting, so that could explain things at least partially.

Anyway it’s early days and still plenty of time to get into profit so let’s see where we are after our next update.

We have previously reviewed two systems from Exponential Bet – their In-Play Betting System and their Dutch betting strategy – both of which received passed ratings after performing very well during live trials here on the site.

Today we are starting a trial of a new and exciting piece of kit they have developed, namely their Expo Bot.

This is a betting bot that enables complete automation of two of their strategies – i.e. the In-Play Betting System we reviewed previously and their relatively newer Automated Dutch betting system.

Both of these are strategies for betting/trading on horse racing on Betfair that Exponential Bet have developed over time with a good deal of work.

So combined these strategies have done very well indeed and made substantial profits with pretty low stakes.

Now the beauty of the situation is that the Expo Bot allows them to be implemented completely automatically on Betfair. You just need to set up the bot, enter your chosen stake and settings and let it do its thing.

Whilst up until now there was a degree of automation available with the strategies, there was still some manual work that needed doing and the use of an external bot such as the Bet Engine or Fairbot.

Having it all completely automated from end to end through the Expo Bot is a big improvement in our view though and we are looking forward to testing the bot out.

We have set it up and started the Bot running so are already placing bets and can report it is all working well.

If results end up being as good as those achieved to date then this will be a great way of making some extra income, all on auto-pilot.

Plus we see the possibility of really growing the bank over time by using progressive staking rather than just flat staking.

Anyway, let’s see how things go first during our live trial before we get ahead of ourselves. We will record results here during the trial so please watch out for updates on how the review progresses.

Just a note that if you are not already a member of the Auto Dutch or In-Play Betting services then you will need to sign up to those as well as the Expo Bot. However you can get them all in one package – see the red box with “Expo Bot All in One Promotion” towards the bottom of the sign-up page.

You can check out the Expo Bot for yourself here.