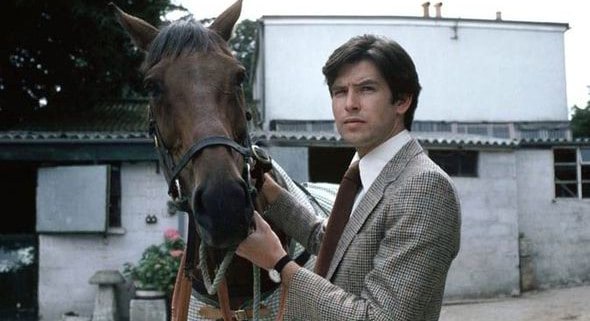 Everyone who goes to the track has dreams of winning big. They want their horse to take first place and the odds be high enough that they walk away rich.

In the past, dreaming of a big win hasn’t been enough for some. These people have actively tried to skew the odds in their favour through a coup. Some coups are out and out illegal while others are legal even if they are on shaky moral ground.

Once uncovered, these coups quickly gain legendary status because people seem enthralled by these men who play such a high stakes game between right and wrong to win big. Here’s a famous betting coup that falls in the illegal category.

This is the story about a horse called Gay Future and how it was the centre of a huge betting sting in the 1970s.

Tony Murphy was an Irish millionaire who made his money from construction. He worked closely with Antony Collins who trained the horse in question, called Gay Future. Tony Murphy was considered the leader of the group that numbered five people and later came to be called the Cork Syndicate or the Cork Mafia.

Over the period of a year, Murphy carefully planned what should have been the perfect betting coup and might have been if not for some small mistakes. Gay Future was born and raised at the stables of Edward O’Grady.

Ahead of the Big Race

Over the course of a year, these two men had sent an inferior horse to races in Scotland to ensure Gay Future would appear to be a long shot. This helped to establish reviews of Gay Future as a poor performer and raise the odds of him winning.

Both horses were chestnut colored and shared similar marking. You have to remember that this was the 1970s, and there weren’t a lot of circulating photos of the horses. On race day at Cartmel, the odds of Gay Future winning were 10/1.

On race day in August of 1974, these men used soap to make it appear that the horse was sweating up and keep betters uninterested in the horse. They bet on Gay Future as part of a double or triple ticket with Opera Cloak and Anderwyke who were later withdrawn from the race, making it a single bet as per the custom of the time.

Murphy had six friends circling throughout the United Kingdom, making small bets of around £5, £10 and £20. These were small enough not to arouse suspicion. Since all of the bets were made off site, the bookies that determined the odds – i.e. at the track – didn’t notice the flutter of activity around Gay Future.

The trainers claimed the reason for Opera Cloak and Anderwyke removal from the race was that their horse trailer had broken down on the side of the road. This was one of the first things to unravel when a reporter called the horses’ home stables to find that the horse had been at the stable all day long. The reporter’s curiosity had been roused when news of the big winnings for Gay Future turned out to be linked to bets with these two horses.

Viewers at the racetrack were shocked when Gay Future won the race by 15 lengths. His reviews in past races had made this seem almost impossible. Of course, the viewers didn’t know that they were watching a different horse race than the one who had been reviewed.

Initially, the coup worked and the men collected an equivalent of $3 million in today’s money although some bookies refused to pay out when they learned of the scam. Eventually, Murphy and Collins were brought up on charges of trying to defraud the betting establishments. Both men were fined and banned from racing in Britain for a period of 10 years – although some might say they were lucky they weren’t convicted of attempted fraud. Just goes to show the fine line between a clever legal betting coup and stepping over that line into the unlawful.

Fancy making £500 risk-free every month? Well check out our full review of Profit Accumulator to find out how.