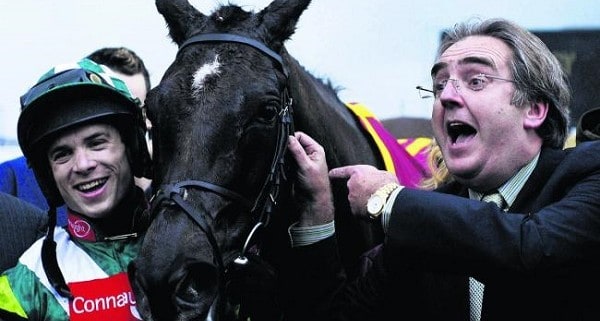 You might not have heard much about him over recent years, but he is still around and still making his presence felt in some quarters, but in his heyday he certainly was a legend; one of the most colourful gamblers in the country.

Born in 1962 and often described as being “larger than life”, Harry Findlay is from High Wycombe in Berkshire. Leaving school at the earliest possible moment aged 16 his first job was at the local greyhound kennels. For a short time, he worked for a bookmaker, but it was clear he wasn’t cut out for the job; he preferred it when the punters won.

For most of his life he was a professional gambler and racehorse owner, but it certainly wasn’t all smooth running. Eschewing caution, he was notorious for placing huge bets and although some of them paid off, others lost big. From millionaire to bankrupt, these are just some of the ups and downs of his turbulent life.

One of Findlay’s first betting coups was when he placed an unusual treble for £80 that included a horserace, Stefan Edberg at Wimbledon and Holland in the Euros. He got lucky and made £11,000. Subsequently success followed failure and failure followed success. 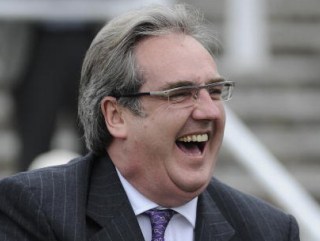 During the 1998 be believed he had discovered “a licence to print money” with football betting on the Asian handicaps. On one occasion he was in debt to the tune of £200,000, and after selling the deeds to his house and other liquid assets including the car belonging to his partner and mother of his two children, he raised a £90,000 bankroll. After just five matches he had lost most of it, with just enough money left for one more bet. It paid off, and by the end of the World Cup he had won around £2 million.

One of Findlay’s largest bets was £2.5 million staked on the All Blacks to win the 2007 Rugby World Cup. Unfortunately for him, they failed to do so, taken out by France at Cardiff. He learned a lesson though, and that was to never bet on rugby again. However, he was still happy to bet on most other things: horse racing, football, tennis, in fact it has been said he would bet on two flies on the wall.

Bombastic, boorish, flamboyant and loud, Harry Findlay has rarely found himself with nothing to say on his favourite topic. His fundamental philosophy is one of intense self-belief and he only bets when the odds are in his favour. Betting on double zero roulette is, he says, insane. Always on the lookout for value bets, he believes gambling is more profitable and less corrupt than the stock exchange.

Perhaps partly as a result of his job at the bookmakers, he has little time for them. He says that when you win they close you down. He prefers Betfair as they charge just 2% margin, and although he is now in dispute with their 5% margin, in just one year he handed over £70,000 commission to the betting exchange. He hates any form of corruption, and believes that it is trust that sustains the boom in football betting. 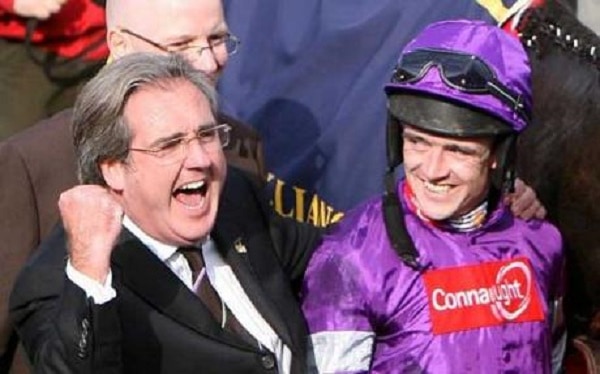 In partnership with Paul Barber, a quiet unassuming character who contrasted Harry Findlay in most quarters, he bought several racehorses. Some proved to be excellent investments, but none so much as Denman. It was in 2004 that Findlay and Barber became the proud owners of Denman, a chestnut gelding which, with Paul Nicholls as trainer, went on to enjoy a remarkable though somewhat bumpy career, including winning the 2008 Cheltenham Gold Cup.

In fact, it was the build up to the Gold Cup that brought Findlay to the attention of a wider audience as he styled his presentations as “Denman’s mouthpiece”, loudly insisting that Denman, who Findlay nicknamed The Tank, would stage an emphatic victory over Kauto Star, the then current champion. The PR men and horseracing in general loved it and the money rolled in.

In fact, Denman’s bumpy career mirrored that of Findlay; up one moment and down the next; a roller-coaster-ride of boom and bust.

Banned by the British Horseracing Authority

In 2010 Harry Findlay was famously banned by the British Horseracing Authority for betting using Betfair against his own horse Gullible Gordon which was running at Exeter. At the time he had been struggling financially and Betfair had knowingly allowed him to use an account belonging to his friend Eammon Wilmott, another racehorse owner. The actual lay bets were placed by Glenn Gill, an associate of Findlay.

The six-month ban was condemned by Betfair as being disproportionate; Harry said he was mortified and a “heartbroken man” vowing to never own racehorses in Britain again even if he were to win an appeal against the ban. 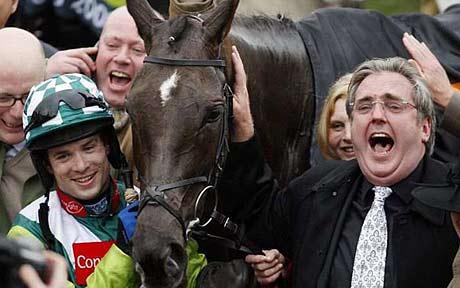 One aspect of the tribunal that particularly upset him was the suggestion that he was attempting to profit from his horse losing. On that and at another occasion a few months earlier at Chepstow when he also bet against Gullible Gordon, he had also bet on the horse to win, making £35,000 at Chepstow and losing £62,000 when the horse failed to win at Exeter. The Exeter lay bet was a mistake; Glenn Gill hit the wrong button on the Betfair website. The reason for the lay bet at Chepstow was to protect his position at shorter odds, as the horse had a good chance of winning. His arguments were accepted, but he still received the ban.

Harry sells off his stock

Harry appealed against the ban, but lost. Subsequently he sold most of his horses at auction and ended his association with Paul Nicholls. But it wasn’t the end of his horse racing career; although he left jump racing behind, he turned his attention to flat racing.

At a meeting of his creditors on 8th July 2013 at Warwick County Court, Harry Findlay was declared bankrupt. It wasn’t the first time; he had been declared bankrupt 20 years earlier in Scotland which is why he had sold his house. A complete cycle had been completed, and all he could do was move on.

Following his bankruptcy, he spent some time in Australia. Currently back in the UK, he appears to have adopted a much lower profile, in fact some say that he has gone to ground. Maybe he is just staying under the radar for reasons of his own. Perhaps sometime soon he will re-emerge, as bright, cheerful and optimistic as before; the sport certainly misses him, a truly unique character.

Jim Mcgrath: A Life in Horseracing