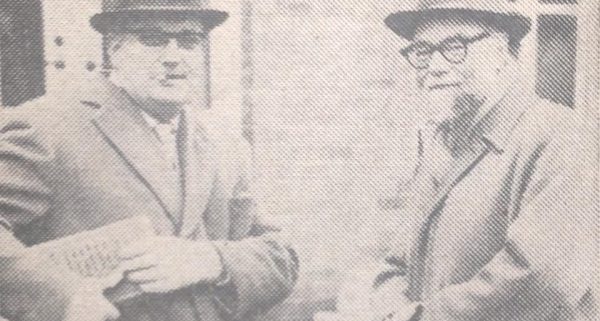 Phil Bull was a Yorkshireman, which was easy to discern from his fine West Yorkshire accent. He was born in 1910 and during his 79 years (he died in 1989), went on to transform the horserace betting world by founding the Timeform private handicapping system which since 1948 has been providing performance ratings for racehorses in Great Britain and, to an increasing extent, internationally. During his life, he became a well-known character throughout the horse racing world.

His father was a coal miner and his mother a teacher. As a young child, he showed exceptional promise academically and passed his entrance exams to the local grammar school. He went on to attend Leeds University, from which he graduated in 1931 with a degree in mathematics. His maths education was later put to excellent use when he combined it with his love of horse racing to develop techniques for evaluating racehorse performance, laying the foundations for his Timeform handicapping system.

After leaving university, he followed his mother’s profession and became a maths teacher, but the job failed to live up to his expectations, and he soon abandoned it for a career as a professional gambler.

Life As A Professional Gambler

Betting had always been an interest of his, right from being a schoolboy. In fact, an interest in gambling often goes hand in hand with an interest in mathematics. With Phil Bull the two activities were closely intertwined. One of his early big wins was in the Derby when he bet on Caerlon which went on to win at 25/1. By the 1940s he had devised his personal mathematic approach to horseracing which he called the Temple Time Test and went on to sell to fellow punters. Mainly, this was a weekly list of horses based on their time performance. He published it under the pseudonym William K Temple BSc and advertised it in the sporting press. 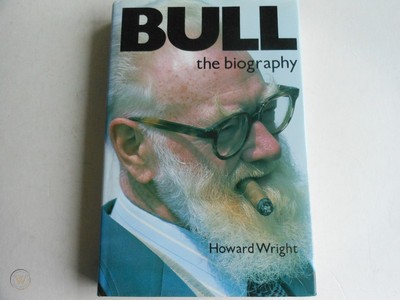 The Temple Time Test was surprisingly successful; his clients who bet level stakes would usually make a substantial profit over a year. In fact, it was so successful that bookmakers became concerned. William Hill went as far as closing the accounts of many of Phil Bull’s clients. This didn’t go down well with Bull and led to an angry confrontation between him and William Hill. However, all ended well as William went on to become friends and colleagues with Phil Bull organising William Hill’s ante-post prices (and are pictured together above).

As a gambler, Phil Bull was extraordinarily successful. Between 1943 and 1974 his gambling profits were nearly £296,000. Today that would be a little over £5 million. Never let it be said that mathematics is a waste of time.

The launch of the Timeform Private Handicapping System was a joint enterprise between Phil Bull and Dick Whitford, who had previously devised his own rating system. This was somewhat different from the Temple Time Test, which was based on assessing the probable race time. Whitford’s system was based mainly on form. The two approaches blended seamlessly, and the new system was christened Timeform, indication that it was an amalgam of both methods. They set up their own publishing company, Portway Press, to produce the Timeform publications, the first of which was issued in 1948 and was titled “Racehorses of 1948”. Betfair bought the Timeform company in 2006 for £15 million.

So, what exactly is a Timeform rating?

It is a little complicated. It is expressed in “pounds” and is calculated by comparing the running of a horse with other horses with weight showing the distance by which it is beaten weighted by the length of the race. For instance, a length is equivalent to 3 pounds for five furlongs, 2 pounds for one mile and a quarter, and one pound for two miles.

Phil Bull was also a racehorse owner and breeder. He set up the Hollins Stud in Yorkshire in 1947 with four mares which produced a raft of winners. Some of his horses went on to win the Greenham Stakes, Queen Elizabeth II Stakes, Prix du Moulin, Gimcrack Stakes, Ebor Handicap, Wokingham Handicap and several more.

Phil Bull’s advice was to always make your own decisions based on reason. At races, he said, “Keep your eyes open and your ears shut”.