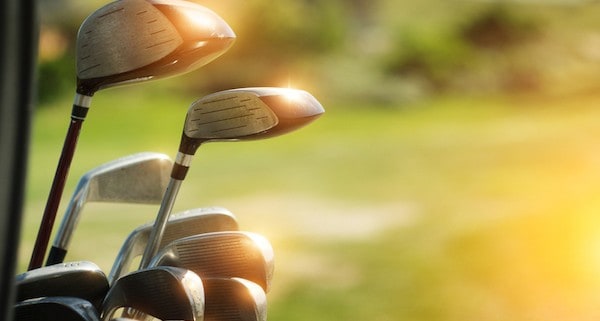 One famous betting coup in the annals of UK bookies is what was widely called “The Hole-in-One Gang,” in 1991.

A little bit of knowledge, a dollop of psychology and a lot of moxie went a long way in earning what would have been a half-million pounds, had all the betting shops paid up.

The punters, John Carter and Paul Simons were both of Essex, and both had a background in the betting industry. They were aware that most independent bookies simply weren’t up to par on golf knowledge, nor had the resources to pay for advice about the sport, unlike the big chain bookmakers. They were also well aware of the mythology that a hole-in-one is very nearly an impossible feat.

For amateur golfers, the myth holds true–the odds of an amateur making a hole-in-one shot on a par three hole are approximately 12,500 to 1 against, according to National Hole-In-One Insurance.

Prize indemnity insurance sellers, including NHIO, can now cover tournament promoters’ losses in the event a golfer does hit a hole-in-one. Should someone actually do so, insurers will reimburse the sponsor for the prize offered. This means a hole-in-one at a specific place is definitely odds against, as otherwise, no insurance company would touch it.

And in fact, the odds, were you to bet on a specific pro golfer to hit a hole-in-one in a specific tournament are 2500-1, per NHIO. However, they’re clear that across an entire tournament, 144 golfers, all at the top of their game, improve those odds immensely.

NHIO, who say most websites giving odds on the subject are “unreliable,” gives the odds that one professional golfer in a four-day PGA tournament will hit an ace as even, or 1-1.

The bookies taking Simons and Carter’s bets could not have been up on those odds, as the pair were able to get varying prices at independents across Britain and Ireland, and as much as 100-1 on an ace happening at each one of four professional events: The European and US Opens, the Volvo PGA and the Benson & Hedges.

Apparently, the bet should have been priced nearer to 30-1. According to Bookmakers1.com, they also submitted a number of combination bets, including “doubles, trebles and accumulators at similarly inflated prices.” Incredibly enough, there was a hole-in-one in each of those tournaments. Bookmakers across the nation had to pony up, other than a few who did a bunk, or simply refused to pay.

So, the intrepid pair placed a perfectly legal series of bets and won in the neighborhood of £400,000, worth about double that at the current rate of inflation. Golf has always been one of the best-loved games for punters, because the mathematical probabilities can prove incorrect on almost any given day:

It may not be possible to the genius of the hole-in-one gang, but you can make hundreds of pounds of risk-free cash each month by using the superb Profit Maximiser betting system. Get a 14 day trial for just £1 here.