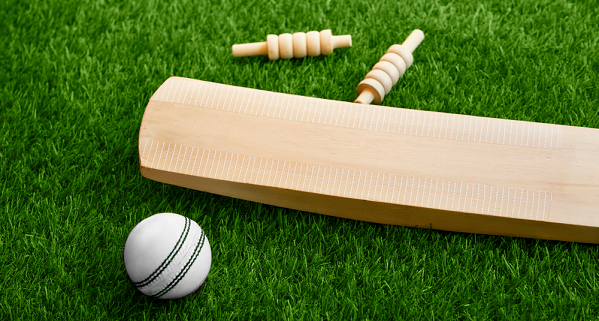 The Chennai Super Kings stunned the cricketing world by winning the Indian Premier League for the fourth time in their history.

The Super Kings were seemingly in decline with an ageing squad after recording their worst IPL finish in the 2020 campaign since the inception of the league in 2008. However, they produced a solid regular season to finish second in the standings before dispatching the top-ranked Delhi Capitals in Qualifier 1 in a thriller that went down to the final over.

MS Dhoni’s side would meet Kolkata Knight Riders in the IPL final and outbattled their opponents to secure a comfortable victory, earning their fourth crown and first since the 2018 campaign. The Chennai Super Kings now face the challenge of defending their title amid the influx of two new franchises for the 2022 season as Gujarat Titans and Lucknow Super Giants have joined the fold. It promises to be a thrilling competition, and the battle for the crown will be intense given an influx of talent and the overhaul of rosters following the IPL auction.

Mumbai Indians are perhaps the biggest threat to the Super Kings’ crown, and are the favourites in the betting odds at 9/2 to win the tournament. The Indians famously beat Chennai off the final ball of the 2019 IPL Final as Lasith Malinga held his nerve under pressure. Battles between the Indians and the Super Kings are one of the reasons why live cricket betting is so compelling on the IPL, almost anything can happen out on the field due to the sheer amount of talent in the competition.

Mumbai are the only team to have won the IPL more than Chennai and will be hungry for success after a down year by their high standards. They are led well by Rohit Sharma and made savvy moves in signing Ishan Kishan and Jofra Archer to their squad for the 2022 campaign. The Indians are ones to watch out for in the upcoming campaign.

The Delhi Capitals have been the nearly side of the IPL. They were beaten finalists in 2020 against the Indians and although they finished top of the standings in 2021, they failed to rise to the occasion in the post-season, losing both of their matches.

The Capitals have completely overhauled their side after their disappointment, allowing captain Shreyas Iyer to leave the franchise. Rishabh Pant has replaced him as skipper, while David Warner, Lungi Ngidi, Rovman Powell and Kuldeep Yadav have provided an influx of talent, but it remains to be seen whether there is too much overhaul for one off-season.

The Kings have underwhelmed more often than not during their IPL tenure, finishing in the top four only twice in their 12 seasons. Last term was yet another disappointment as they finished in sixth, prompting an overhaul in the squad and captain Lokesh Rahul.

Rahul left the franchise, who spent heavily in the auction. Punjab made the biggest splash of the auction to secure the signing of Liam Livingstone for 11.5 crore, while Kagiso Rabada and Jonny Bairstow also penned lucrative deals. There will be high levels of expectation for the Kings, but there are a lot new faces in the squad, therefore they may have issues with cohesion.

Can the Super Kings do it again?

The Super Kings have the experience and have not made drastic changes to their roster that won the tournament last season. Ruturaj Gaikwad was the standout batsman in the competition in 2021 and he will have to maintain that standard especially due to the departure of Faf du Plessis. Running it back for a second-straight season might just be beyond Dhoni and his team due to the changes and their advancing years in vital positions.

Who Are The Early Favourites to Win The AFL Grand Final 2018?