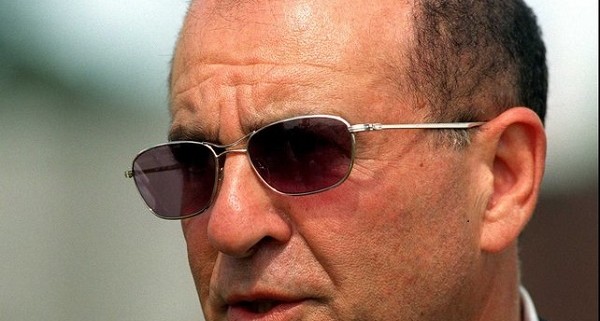 Brought up in east London, Michael Tabor’s story resembles in many ways a classic “rags to riches” story.

The son of a glassmaker, Tabor left school at the age of 15 to get a job in the local company. He was on the verge of becoming a hairdresser when he suddenly shifted his focus towards bookmaking. Later in his teens, he developed an interest in gambling, spending his weekday afternoons at Hendon’s greyhound stadium in north London. He had worked for a number of bookmaker’s before starting out his own business.

Fate started favoring him after he bought two sports betting shops from a bankrupt businessman from money borrowed from a financier. His love for horse racing was so much that he converted these broke shops into a thriving business with his love and passion for the game.  Since then there has been no looking back for him as he is now counted as one of the richest people in England.

With just 30,000 pounds he was able to buy those shops and converted them into a multi-million pound business. From 1968 till 1995, he expanded his business to an extent that the two-shop business grew to comprise of 114 shops. He finally sold these shops to Coral for a reported $27 million.

Tabor has a reputation of being a very shrewd and daring gambler. His instincts made him highly successful in predicting the future of any horse and his actions had a great impact in determining the overall odds of any horse. He was never scared of betting tens or even hundreds of thousands of pounds for a bet. This once resulted in his banning by the Ladbrokes in the 1980’s.

The first ever horse owned by Tabor was Tornado Prince which he bought for about $2,850 in 1973. He bought many other horses to increase his collection including the Royal Derbi. Tabor added the fancy Thunder Gulch, who was a two-year-old thoroughbred, by paying a whopping $400,000. This was a part of his stay in Miami, Florida where he wanted to make his mark just like in Great Britain. This horse proved to do wonders for Tabor by winning the Kentucky Derby, the Travers Stakes, and the Belmont Stakes, and only missing narrowly on the Preakness Stakes title. Tabor has the tendency to combine skilled Irish horsemen with his well-bred horses so that success comes only his way.

Following is a list of horses owned by Michael Tabor:

His business interests have grown to a great extent by partnering with other successful businessmen and starting out on newer projects. In Barbados, he has the luxurious Sandy Lane Hotel which he owns along with Magnier, Derrick Smith, and J. P. McManus. He wanted to buy West Ham United football club which he has supported since his teenage days but was unable to do so.

Tabor enjoys his personal life at Monte Carlo or Barbados with his wife Doreen and son Ashley. He has the top-ranked horses in the world and his estimated worth is said to $2 billion instead of the more commonly quoted $55 million. Whatever the true amount is, Michael Tabor’s ascent in the racing world certainly is a rags to riches story.

Fancy making up to £500 per month risk-free? Well check out this top-rated betting product for 30 days for just £1.

Terry Ramsden – A Tragedy of Rags to Riches to Rags