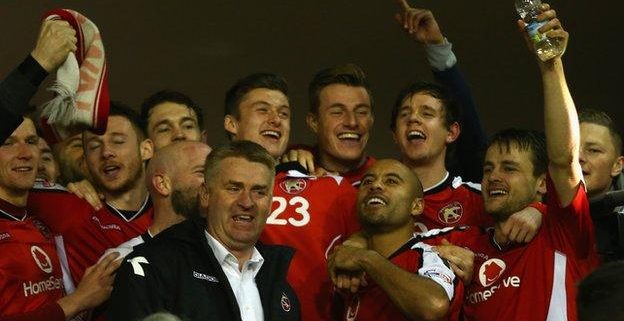 Mention Terry Ramsden to any premillennial, and they’ll know exactly who you’re talking about. Depending on which side of the opinion void you’re standing, he’ll either be considered famous or infamous as the rags to riches to rags story that reads more like soap opera than a real life story.

That, however, is what makes his story so fascinating. At some stage in our lives we all dream of becoming so wealthy that we need never worry about money ever again. However, we don’t include the possibilities of losing it all again in the way of Terry Ramsden, so spectacularly and so publicly too.

Ramsden started off working in the city as an insurance clerk, and he very quickly realised that he wasn’t ever going to make any real money working for someone else. At age 16, in 1968 breaking away into self-employment and making a profit of £25,000 in his debut month was undoubtedly the birthing pains of a wealthy genius.

While that was an incredible amount of money at the time, Ramsden really started to climb the ladder to incredible wealth in 1984 when he purchased Glen International, an Edinburgh-based company with what could be considered a measly turnover of £18,000. Within three very short years, he had increased that figure to £3.5 billion annually, catapulting him into the top of the nation’s rich lists.

It became clear that Terry Ramsden was a gambler right from the start. He had an excellent grip on probabilities and how they may play out. Using his exceptional knowledge of Japanese stocks he grew his wealth exponentially because of his unique understanding of the market.

He wasn’t shy about his money either, and he became known for his glamorous lifestyle and great spending habits. His vast collection of expensive cars, properties and racehorses became part of what today would be called his brand, that at one time included owning 30% of Chelsea football club and all of Walsall FC. 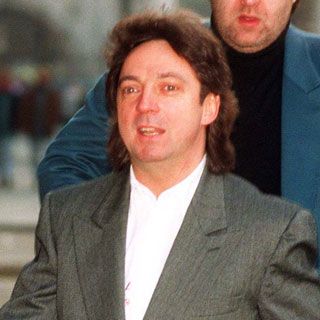 Ramsden in the 80s – before his downfall

The trouble is that gamblers’ luck rises and drops and Terry Ramsden wasn’t expecting the massive drop that hit in 1987 when the stock markets crashed wiping billions off his massive portfolio. All of a sudden he was struggling to keep his very substantial securities portfolio afloat and his marriage to his wife Lisa had become only a piece of paperwork. The stories of him losing up to million pounds a day at the racetrack were evidently not exaggerated when it emerged that Glen International nosedived into a debt of £98 million. All in all, his personal losses at the racetrack amounted to an eye-watering £58 million. Not surprisingly, Ramsden fled to the United States.

Following the issue of an arrest warrant for fraud in September 1992, he was arrested and detained in Los Angeles prior to his extradition in February the following year. By March 1992 Ramsden suffered bankruptcy, mostly as the consequence of HMRC pursuing him for a tax debt of £21 million, followed hot on the heels of other creditors bringing his total debt in bankruptcy to close on a staggering £100 million.

Like most gamblers, fortune did shine on the face of Terry Ramsden when it all went to court, and he managed to secure a two-year suspended sentence when he confessed to offences directly related to inducing fresh investment into his empire. But that wasn’t the end of it…

Despite the requirements that meant that Ramsden was supposed to disclose his income and assets in full, he concealed a secret trust as well as the small matter of three million shares in the Silversword Corporation, a company based in Canada, which Ramsden had a controlling interest in.

Huge amounts in the thousands were paid out to third parties including his mother, who then passed the money on to him. It would appear that he also conveniently forgot to declare winning £77,000 in an accumulator on five horses and a dog in 1992.

Ramsden’s game was up when he was imprisoned for twenty-one months and forced to pay £10,000 in prosecution costs after pleading guilty to three charges of breaching the Insolvency Act as a direct result of failing to declare all assets and income.

The attempt to recover his losses and rebuild his life to where it had once been was now clearly impossible. Despite a talent that would be nearly impossible to match, Terry Ramsden was brought down by his own greed, and inability to accept responsibility for his own bad decisions.

It is often not the skill in amassing the wealth that creates tragedies such as this, but rather the inability to manage the very personal way in which one directs the acquisition and management of that wealth. A lesson for all of us.

Archie Karas – The Man who Won and Lost a Fortune

Shane Murphy’s Irish Tips – Final Review
Scroll to top
We use cookies to ensure that we give you the best experience on our website. By continuing we assume you accept the use of cookies. AcceptPrivacy Policy