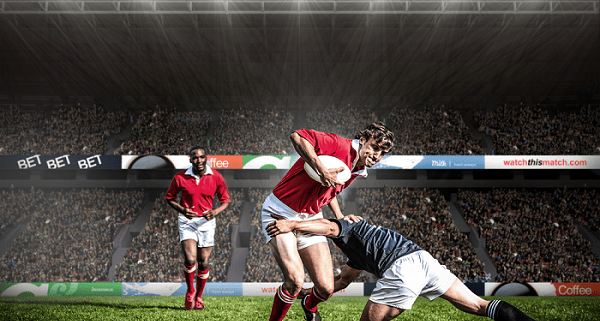 It’s been a very rough spell for Phil’s Rugby Tips unfortunately, with a loss of 67 points since our last update just over a month ago.

That means he is now 25 points down for our trial overall.

The trial started off so well but has sadly gone from bad to worse over the last couple of months. There have been some close calls which could have gone our way and seen the results looking much better right now, but that’s the way things go sometimes in betting.

Phil seems to really like the one team to be winning at half time and the other winning at full time, but not many of those bets have come in which has affected results.

Anyway, with rugby suspended for the time being like just about everything else, it remains to be seen when the action will get underway again but let’s hope it’s not too long.

It’s been somewhat of a mixed start to our trial of Phil’s Rugby Tips. Things got off to a very good start initially as we went over 90 points up after the first couple of weeks.

However, since the service launched its Six Nations Special, things have taken a bit of a turn for the worse with three losing weeks in a row.

Still, overall we are 42 points up for our trial so far.

It could be seen as “sod’s law” that once the service went officially live with the Six Nations tips things would take a downturn after such an impressive run previously, but that is how it goes sometimes unfortunately.

The good news however is that the pre-tournament picks for the Six Nations are still in reasonably good shape so hopefully we will see some profits there.

In the meantime if you are interested in joining for the rest of the Six Nations, please drop us a line at info@honestbettingreviews.com and we will provide more info on joining Phil’s Rugby Tips.

If you’ve been following us for a while you will know that we have previously reviewed a professional rugby gambler/trader, Phil Worrall, who is very good at what he does.

During our previous four month trial Phil produced an excellent 162 points profit – made up of 136 points profit trading and 26 points from straight tips.

Whilst his in-running trading generated substantial returns, it was difficult to follow for some people so the team decided to discontinue it sadly.

And he has recently re-launched his service as a pure tipping service with weekly rugby tips – and it has got off to an absolute flyer!

The first four weeks were provided free of charge on a trial basis and made a whopping 118 points profit at a return on investment of over 100%!

Then last week was the first week of the paid service and it continued in the same fashion, making a very nice 17 points profit.

So in total that is 135 points profit in just five weeks – pretty awesome stuff!

Together with the previous results achieved during our proofing of his various tips and trading, we would say Phil is in a league of his own when it comes to rugby betting. Now of course in gambling terms rugby may be more niche than other sports like football and horse racing which attract the majority of punters’ money but as we always say – if you can make money out of it we don’t really care what sport it is!

With the Six Nations tournament coming up Phil will be focusing his attention on that big style, with a full tournament guide containing outright tips as well as weekly selections for the upcoming games.

For a £5.00 introductory offer you can get Phil’s Six Nations Tournament Preview with outright tips, plus Week 1 of his tips.

You can then decide to sign up for his tips for the rest of the tournament if you like.

After the Six Nations Phil will be operating his service year-round, with weekly tips for the big rugby fixtures of the week.

We will be proofing his tips here in our review as normal, but as we say with such a solid history we have proofed previously we would already have this as a “recommended” service. It will more a case of continuing to monitor results to see if they can hopefully maintain their level of excellence.

Anyway, if you are interested in signing up to the £5 introductory offer for the Six Nations, please drop us a line at info@honestbettingreviews.com and we will provide more info on joining Phil’s service.

Get Your Six Nations Guide Here!

Coronavirus Scams – Don’t Get Caught Out
Scroll to top
We use cookies to ensure that we give you the best experience on our website. By continuing we assume you accept the use of cookies. AcceptPrivacy Policy