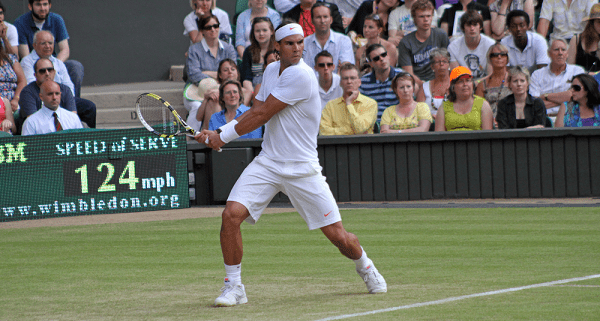 Tennis is one of the most popular sports to trade on Betfair, with millions regularly traded in-play on matches.

The volatile nature of the odds, which can fluctuate wildly not just from game-to-game, but from point-to-point, make it an ideal medium for shrewd traders. Indeed, there are some who trade tennis professionally and make a living from it.

With an almost year-round tennis schedule and multiple tournaments most weeks on the ATP and WTA tours, there are no shortage of matches to trade and no lack of angles to attack.

There is great interest in trading tennis in-play, meaning there is also usually excellent liquidity and you can normally get good value for your trades and most bets matched easily (if you are quick enough, that is).

So with all this going for it, you might think it would be easy to make money from trading tennis.

Well, sadly that is not the case and those who approach it without a clearly thought-out strategy can get badly burned and rack up substantial losses.

It is vital to have some trading strategies planned out in advance and to know when to apply them – and how.

Below we have put together a guide with some tennis trading strategies that could be used, as well as some general advice on how to be a successful trader.

We hope you find the guide useful and it helps you to trade the tennis markets in-play.

How to Trade the Tennis Markets on Betfair

In case you aren’t aware of how the tennis markets work on Betfair, here is a brief summary.

The idea of trading is to lay at a lower price than you back, thus giving you a profit from the trade. Here is an example from a match between Katerina Siniakova and Caroline Garcia:

The match is tight in the third set and we decide to back Caroline Garcia as the first part of our trade at 1.69 for £2. 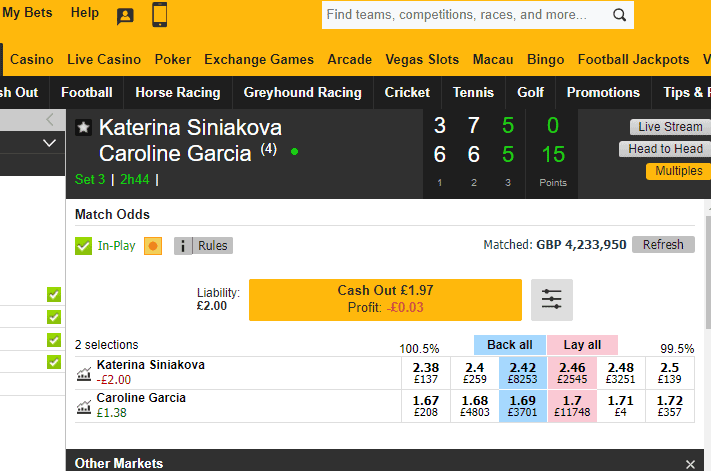 Caroline Garcia then goes onto hold her serve and her price drops down to 1.42 to lay. 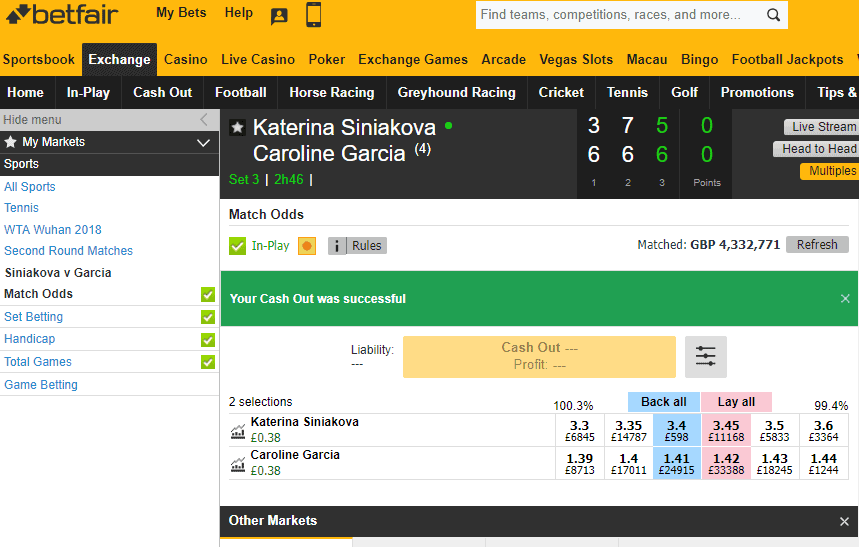 So we can then trade this out by simply clicking the yellow “Cash Out” button, thus giving us a profit of £0.38 whatever happens.

In very simple terms that is how to trade the tennis markets on Betfair. However, we obviously don’t just want to be randomly backing and laying players and hoping that the odds fall our way. We want to have some clear strategies that will help us make some profits. Let’s have a look at some of those strategies below.

Strategy One – Back the Server

Perhaps the best known and most straightforward trading strategy in tennis is to back the server. This involves backing a player before they are about to serve and laying them at the end of their service game. The idea is obviously that you expect the player to hold their serve.

It is a fairly straightforward trade to operate and can prove very effective in certain situations. It is obviously best applied to those players who most regularly hold their serve. You can get detailed service stats from atptour.com, where they list the percentage of games that each player holds:

As you can see from the graphic, John Isner is the highest rated server at the time of writing and holds his serve an amazing 94% of the time, closely followed by Ivo Karlovic who holds serve at a rate of 92.7%.

So backing these servers at the start of their service game and laying off at the end of the game is likely to have a high probability of success as a trade.

Here is an example of a back the server trade from a game between Andy Murray and Zhizhen Zhang.

It is a tight match in the third set and Murray is about to serve. His odds are 1.31:

Murray goes on to hold serve and his odds drop to 1.19 to lay, allowing an easy 12 pips of profit from the trade: 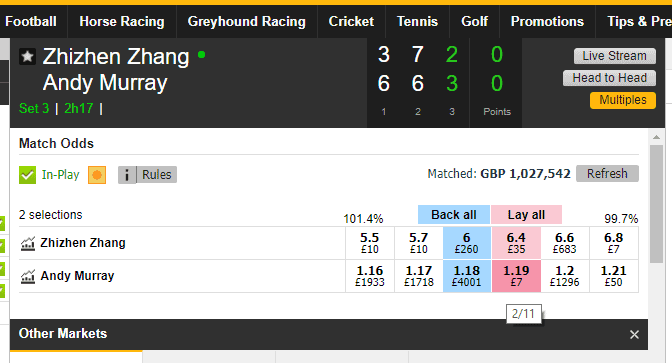 So that is the strategy in essence, but there are a few things to consider if you are going to follow the strategy of backing the server though:

Bearing these points in mind and through careful player, match and surface selection, the back the server trading strategy can be effective on the Betfair markets.

The exact opposite to the strategy above, this time we are laying the server.

We can look towards the bottom of the ATP Tour’s servers list to see who the worst servers are. The ATP Tour website also has stats for returners, so we can see who the best ones are:

As you can see, Rafael Nadal breaks his opponent’s serve a whopping 34.5% of the time, which is quite an incredible stat.

Most of the time Nadal will be very short odds when he is playing against lesser players though, so there may not be much potential profit from laying his opponent when Nadal starts the match at 1.05 for example.

But when he is up against better opponents from inside the world’s top 10, he can be value to break serve.

There are others on this list who may not be so famed for having a great return, like Schwartzman, Goffin and Chung, but they have excellent return stats and could well be value to use for the lay the server strategy.

Just as with the back the serve strategy, the idea is to lay the server just before their service game and back them at the end. If their serve is broken, then there will be a big swing in odds – thus delivering a large profit.

The women’s game can be the best place to utilise this strategy, as breaks of serve are regular, particularly on the slower surfaces like clay. Some women only manage to hold onto their serve about half the time, meaning you have a good chance of a successful trade laying them every time they serve, particularly if they are up against a good returner. 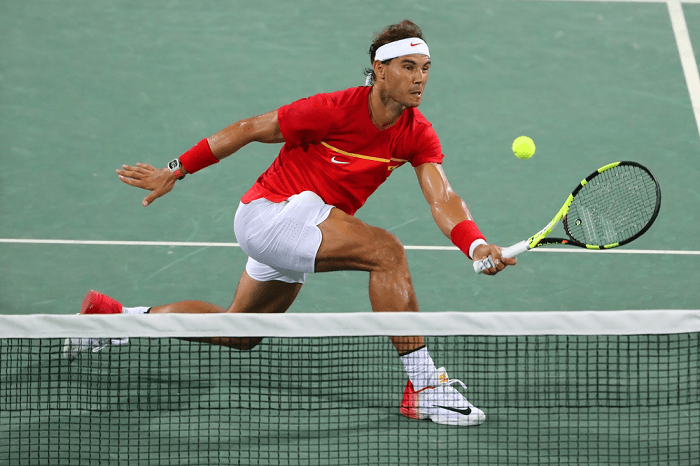 The next strategy involves trading during a game and looking for quick gains after one or two points.

This is a little more risky as you need to be in and out quickly, but given the high liquidity of tennis on Betfair and by using some software such as Bet Angel, you should be able to get your bets matched the vast majority of the time.

What you are looking to do when trading in-game is to look for ideal entry points, again using the serve and return stats described above.

Some of the best entry points are at specific scores, when a strong server or strong returner are down in a game.

So let’s say a strong server is down 15-40 or 0-30 on their own serve. The market would normally swing strongly against them at this stage, almost presuming that they are likely to go on and lose their service game.

However, the stats actually show that a top server will normally go on to win the next two points around 50% of the time from those points in the game. The odds swing in your favour will be much greater than if they go on to lose the next two points (or point in the case of 15-40). Therefore it presents an excellent trading opportunity to get a greater than 50% return on an event with a likelihood of one in two (or 50/50).

At the same, laying bad servers who are ahead in their own service game by a certain margin can pay dividends.

So if a bad server is ahead in their game, good entry points such as 40-30 and 30-15 can prove very effective, as the market will be presuming at that stage they will go on to win the game. But as a bad server, they are opposable and if the returner wins the next point (or two points) then the odds swing in your favour will be considerable. 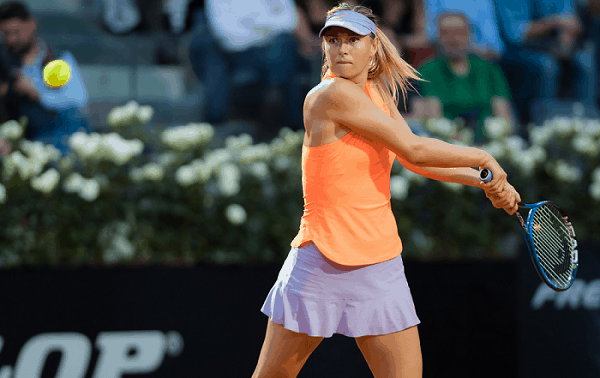 So there are three tennis trading strategies which should help you get started and give you some ideas going forward about how to trade the Betfair tennis markets successfully.

If you want more detailed guidance and further strategies to trade, then check out Trade Shark Tennis, which is a top trading guide.

In addition, it is worth bearing in mind some general trading advice if you are considering getting involved in playing the markets. If you don’t have the right mindset to start off with then you can get badly burned when trading. So here are a few pointers to keep in mind:

Hopefully following these simple guidelines will help you avoid making some of the mistakes that many traders commit when starting out. 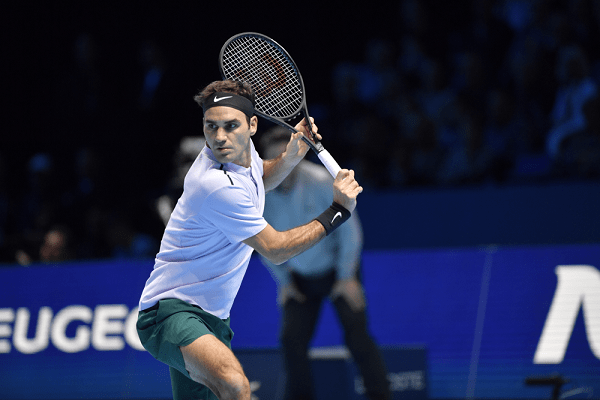 That is our introduction to trading the tennis markets on Betfair and we hope it has given you some ideas to get going.

Just remember to always be disciplined in your trading and don’t go chasing losses and trading on a whim. Have your strategies worked out in advance and stick to them.

If you do that, tennis trading can be quite profitable – and also enjoyable when one of your set-ups plays out just the way you planned it.

As always, please gamble responsibly and only risk money you can afford to lose.

Check out our number one recommend tennis system here.

Get Your Ryder Cup Tips Here!

JB Racing Tips – Final Review
Scroll to top
We use cookies to ensure that we give you the best experience on our website. By continuing we assume you accept the use of cookies. AcceptPrivacy Policy