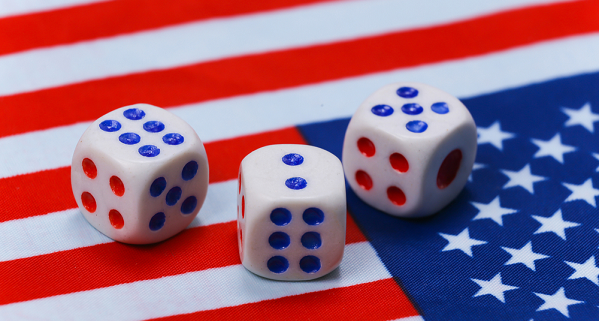 Sports betting is lifting off in the U.S and with a little bit of context, it is easy to understand why. Up until recently, it was prohibited to place a sports bet in several states but in the last few years, the rules have been relaxed across several states. The data from 2021 suggests that sports betting more than doubled in the U.S. With this in mind, the citizens of the U.S are waking up to the joys of online sports betting.

Up until 2018 if you were an American citizen who fancied placing a bet, you effectively had two options. You either placed a bet illegally or made your way down to a state that allowed sports betting. Easier said than done considering the vast size of the country.

Now 30 states offer online sports betting with a few more offering it as an option at a land-based sportsbook. Thus giving a lot more U.S citizens a chance to place a bet. There has already been somewhat of a domino effect in action and it is believed that in the coming years even more states will be opening their doors to the world of sports betting.

What you need to understand is that for gamblers in New York for example, they have been waiting for ages for the day to arrive where they could place a bet legally on a sporting event. Maybe they went to New Jersey or Vegas one time and they have been wanting to repeat this experience ever since.

So when New York did open for business the floodgates opened and more than $600 million was brought in the first two weeks alone. What a sign of commitment from the U.S gambling community.

The Evolution Of Mobile Betting

The U.S has gone from being a place where you could only legally place a bet if you were in a land-based casino to being a country where you could place a sports bet on your mobile phone. It will go without saying how much of an impact this would have on the numbers of people placing sports bets in the U.S.

As competition heats up across the US, operators are having to put out new promotions and offers to attract customers. Similarly to what we found in the competitive UK market, US operators are now offering out a huge range of free bets, risk free bet offers, matched bets and other bonuses to get players to join them over a rival operator.

Another consequence of these rule changes are that some of the biggest online casinos in the world are naturally jumping at the opportunity to form partnerships in the U.S as being a country with huge affluence the potential for such gambling enterprises are endless.

The world’s biggest sportsbooks in the U.S such as FanDuel and DraftKings have used this opportunity to spend huge amounts of advertising meaning that more and more U.S citizens are being exposed to the possibilities of online betting. During games of NFL and Basketball gaming advertisements are on the rise and therefore this is becoming more of an accepted norm. Many believe that the U.S will follow a similar pattern to what occurs in the U.K where it is seen as completely normal to place a cheeky bet on the weekend.

Sports Betting In The U.S Will Only Get Bigger

Unless unlikely rule changes come into affect again sports betting is only going to become more popular in the U.S. With so many states recently adapting themselves to this industry it is only natural that some people are going to take a while to become adjusted to it also. Having said this within time it will become the norm and the money coming from sports betting in the U.S will only increase.

You only have to take a look at the popularity of sports betting in the UK. Nearly every football fan likes to place a winning bet on the weekends game to add some excitement to the match.