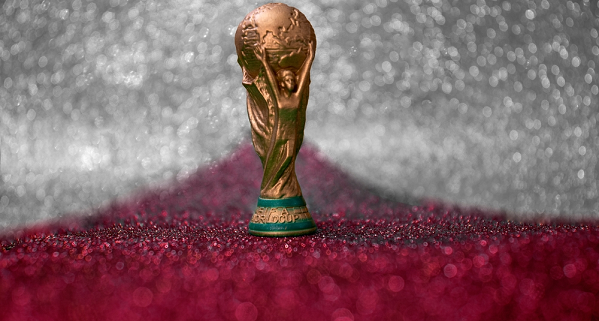 Ahead of any major international tournament, the average fan looks at the fixtures and, first of all, picks out their own team, who they play and when.

After that – or immediately, if you’re in one of about 170 countries that didn’t make it – the next priority is looking for the titanic clashes, games between two possible winners, teams that seeding should probably have kept apart, where betting at Cloudbet has the sides neck and neck. Games that commentators like to trail as “a real treat for the neutral”. These games are fun to watch, but betting on them can be a headache.

Sometimes though, the games you should look out for are the ones with an obvious underdog. There are no bad teams at this World Cup. Even Qatar, whose hosting of the tournament saw them qualify for the first time, have gained some pedigree in winning the Asian Cup. But in most group games, there is a clear favourite; and sometimes, the confidence the bookmaker has in a favourite can be misplaced.

We’ve looked for World Cup games where the underdog has a real and legitimate chance of winning, and the three best are below…

As the first round of group fixtures draws to a close, one of the most iconic players in the World prepares to take to the pitch. But how sharp will he be for this opener? Cristiano Ronaldo hasn’t been starting for Manchester United, and that’s unlikely to change significantly between now and late November.

Everything Portugal do goes through him, and that could be a problem against a Ghanaian squad filled with talent and pace. If CR7 takes a moment to get up to his top level, he – and his country – could be in for a deeply frustrating evening in Doha.

The recent Nations League form displayed by Croatia could mark them out as decent dark horses for the competition, although how dark they can really be having made the final in 2018 is up for debate. On the other hand, their last major tournament outing saw some fairly mediocre performances before they were knocked out in the last 16 by Spain.

Many people will look at Group F, rounded out by Belgium and Morocco, and see the two European sides as obvious qualifiers for the next round. But Croatia, with an ageing team and no world-class striker, could struggle here against an energetic Canada side that will be loved by the neutrals.

Argentina have finally usurped Brazil as Copa America champions, and will hope to give Leo Messi a World Cup to remember as he (probably) bids farewell to the competition. They definitely have a forgiving group, with Mexico well short of the peak of their powers and Saudi Arabia arguably the least talented side in the tournament.

Poland, who so often flatter to deceive in major competitions, could be a fly in the ointment. The South American side, though skillful further up the pitch, contains more than one defender who could be described as “having a mistake in him”. That’s not what you want when facing Robert Lewandowski, a player of genuine class who wants a big World Cup after previous disappointments.

World Cup Betting: Which is the toughest group to call?

5 Basic Rules Of Playing Blackjack
Scroll to top
We use cookies to ensure that we give you the best experience on our website. By continuing we assume you accept the use of cookies. AcceptPrivacy Policy