It’s only just over a week since our last update on the 10x Method but sadly things have only got worse in that time.

In our last update we reported that we were well down for the second cycle, as we had been for the first.

Well last weekend we stopped receiving any e-mails from Matt at all.  And we received no response from him to a number of requests for an update on what was going on.

Amazingly though, Matt feels it is ok to keep bombarding us with marketing e-mails for other betting systems. 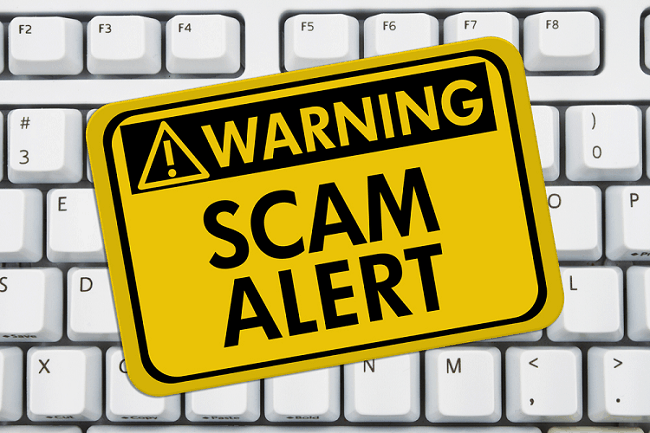 We expressed scepticism at the outset of the trial here and that has been proved correct.

This was clearly just a scam to get people’s e-mail addresses and market other systems at them.

We have no hesitation therefore in awarding the 10x Method a big fat FAILED rating!

We really don’t understand the thinking behind this kind of scam – we can’t imagine anyone is still signing up to the garbage he is promoting.

Yes he may have made a quick buck but now everyone who joined is forewarned not to sign up to anything from Matt Storey or anything similar to this again.

It’s a shame schemes like this are able to operate but then that’s the wild west of the internet and it’s the very reason we set up this website, to point out scams like this to people.

So as we said at the outset – remember, if it seems too good to be true, it probably is…

Unfortunately it is going just as badly as the first cycle did.

Not only are we failing to increase our original bank toward the 10-fold target, we are actually down – about 45% in fact.

It is very disappointing given all the hype that preceded the launch of this system. It shows once again the importance of not believing marketing hype but instead waiting for a full and transparent review like we do on this site.

There are too many things about this service that trouble us: the wide range of sports tipped in (and how difficult it is to succeed when not specialising in just one or two sports); the use of just one bookie rather than looking for the best price; errors in the tips e-mails; constant marketing of other systems and just a general sense of not seeing where the edge is coming from.

In any event, barring a miracle it looks like we are not going to reach the 10x target for the second cycle and it remains to be seen whether it is worth going ahead with the third cycle – no doubt most of you have already made your minds up about this…

All the excitement, all the hype.

The optimism after a good start.

Then crash. Down to earth with a thud.

What can we say really? Sadly the 10x Method has failed its first attempt at turning a £100 bank into £1,000, with a net loss of £62 and Matt giving up on this cycle to prepare for the next one, which will be in November.

According to Matt, the main reason for the failure was “there were some very poor picks by me.” Well we were hoping for something a little more insightful than that, but that is it in its simplest form we suppose.

We were surprised by how many multiple bets there were as part of the challenge, as these are notoriously poor value (hence the bookies having so many offers based around accas).

The only small positive here is that Matt is offering the next cycle for free for members who signed up for the October one.

In fairness, a loss of £62 is not the end of the world – we have seen tipsters with far worse results than that.

It is just that there so much hype around this, expectations were probably set too high. If Matt had just set up a standard tipster with a long term goal to make money and not this 10x challenge, he probably wouldn’t have so many disgruntled members.

Anyway, onto the next cycle in November. Let’s hope we can make a profit on that one.

We normally wait a few weeks or even a month before doing an update on a new review to give the system a chance to establish a decent body of results.

Given the high level of interest in the 10x Method however – plus the fact that each cycle is only 18 days long – we thought we would give an early update on how things are going.

Sound impossible? Well seemingly not for the man behind this system, Matt Story, who claims to have successfully managed it in nine of the last ten times he has tried.

We are now one week into the first cycle, so how are things going?

We are pleased to say that things are going well so far.

The bank has increased to £144, which might not sound like much, but is actually a 44% increase, something which takes some services a whole year!

We have recorded the prices we have been able to obtain in the results in addition to the advised prices as Matt only uses Betfair Sportsbook so we think there is a chance to actually beat his returns by using a variety of bookies plus the exchanges.

So far it is about even but we will see how that develops over the remainder of the trial.

The bets are in a variety of sports and there are lots of multiples, everything from doubles and trebles to patents and the like.

The thing to remember with a challenge like this is that it can seem like everything is moving along slowly early on as you try to turn £100 into £200. But towards the end it can suddenly move very quickly and you can turn £500 into £1,000 just as quickly.

Anyway, we are pleased to be in profit so far and with a little more luck we could actually be over £200 by now.

We were initially skeptical about this but Matt does seem like a genuine guy who does a lot of hard work finding his bets and it is looking like hitting the £1,000 could actually be possible. Even if we don’t hit the £100 then we could still end up with a decent profit, which would be nice.

So we hope that has given you a bit of a sense of how the 10x Method is going so far but we will report back again soon on how things are progressing for it.

We have been receiving a lot of e-mails recently about a system called the 10x Method.

He says he has done this successfully in nine of the last ten times he has tried.

It sounds a little too good to be true, however we are intrigued enough by the possibility to give this a go and see how it gets on.

The first 18-day cycle will begin on 6th October and the good news is that you still have time to sign up before then.

Perhaps you could just see how the bets get on for the first 18 days and not wager anything. The system is covered by a 60-day money back guarantee so it seems like there isn’t much to lose.

Just to note that if you are interested in giving this a go yourself, the first 50 people who sign up get a £50 discount and we understand that not many of those places are left.

We will run a three month trial and will update results here periodically – ideally every 18 days – so you can see how things are going.

So let’s hope we have a few 10x bank growths during our trial! Either way it will be fun to see how we do.

In the meantime, you can check out the 10x Method here.