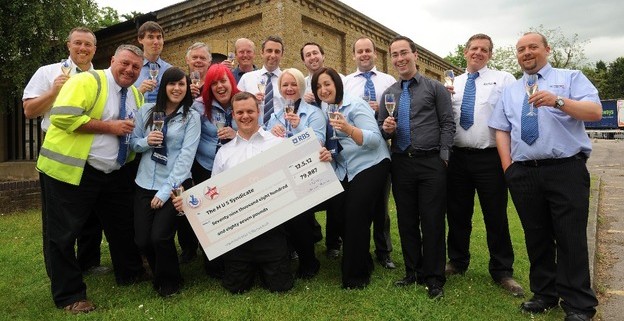 Betting is not normally regarded as a ‘social’ activity. Its image is of a solitary gambler checking the form and heading down to the bookies on their own to place a wager or buy a lottery ticket.

However, and particularly since the advent of the National Lottery, betting syndicates have become popular, especially among workplace colleagues. After all, if a group of you all chip in there’s a better chance of winning, isn’t there?

Well, that’s the theory, anyway. And if the figures are correct (that one in three lottery wins is scooped by a syndicate), then the attractions of pooling your resources are obvious.

Over the years, there have been some big winners, especially on lottery games. The biggest so far has to be the ‘Three Amigos’ in the USA, who in 2012 bought 60 tickets for the Mega Millions Lottery with a potential jackpot of $656million. They paid out twenty bucks each and each took a third of $218.6million (there were two other winning tickets).

The next year a syndicate scooped another huge win in the States. The ‘Oceans 16’ syndicate hit the jackpot on the Powerball draw, ending up splitting a huge $149million between them.

In the UK we’ve had our share of big syndicate winners too. In 2014 twelve bus drivers from Corby won the Euro Millions jackpot, claiming £38million (a tidy £3.1million each).

The pros and cons 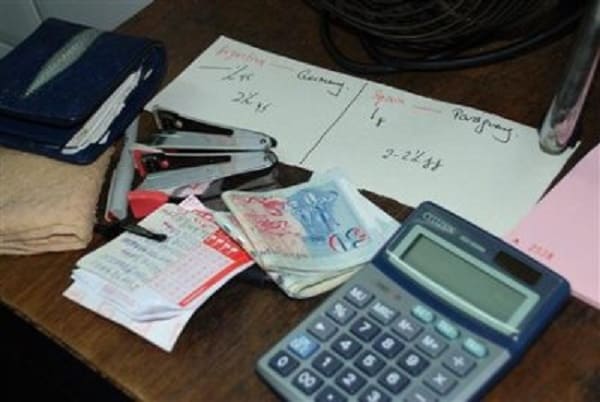 Joining a syndicate does, theoretically, improve your odds of winning at least something. Not only does it give you more of a chance at winning, but it reduces your playing costs. You pay less for a potentially greater chance of a payout. And you’re doing it with friends and family.

However, there are a fair number of cons in joining a syndicate, too. The most obvious is that you have to split the winnings, so you only get a share of the jackpot, not the whole amount.

It can also bring out the worst in people, especially if the jackpot is a big one. You may suddenly find that one person doesn’t want to split the winnings fairly, and demands a larger payout. This is particularly common if you haven’t thought about drawing up syndicate agreements before you started your venture.

Why a syndicate agreement is so important

We’re talking about potentially huge amounts of money here, so getting the paperwork right before you collect up the subs and trot off down to the betting shop or Lottery outlet is essential.

Do things ‘by the book’. Appoint someone you all trust as a syndicate manager, whose job consists of collecting money, placing the bet or buying the tickets, checking the results and then letting everyone in the syndicate know the outcome.

Then download a syndicate agreement – or get a lawyer to draw one up – and make sure that everyone, including the manager, signs a copy. If you’re playing the UK Lotto then you don’t have to register the entire syndicate with Camelot, but the manager does need to register as a player. If your syndicate wins then the money is often paid out to the manager (especially if you picked the numbers online). He or she is then responsible for distributing the prize among the other syndicate members.

What about the Taxman?

Unless you’re setting a syndicate up as a sole means of income, then there should be no income tax to pay. Obviously, if a very large amount of money hits your bank account then it may tip the interest of HMRC. So again, having that syndicate agreement in place means you can prove that the money was a result of a lottery or betting win, and is not taxable income.

A win may, however, be subject to Inheritance Tax, as the money forms part of the winners’ estates. A winning slice of a syndicate pie would be seen as a ‘gift’ to the recipient, especially if they then pass away within seven years of winning the money. So once more, it pays to have that syndicate agreement document in place to show the provenance of your finances.

HMRC’s current policy is that as long as syndicate wins are distributed in accordance with a previously drawn up agreement, they may not be subject to Inheritance Tax. It pays to double check with a legal expert and ensure that all your affairs are in order – including that all-important syndicate agreement document.

Betting syndicates – going to the races 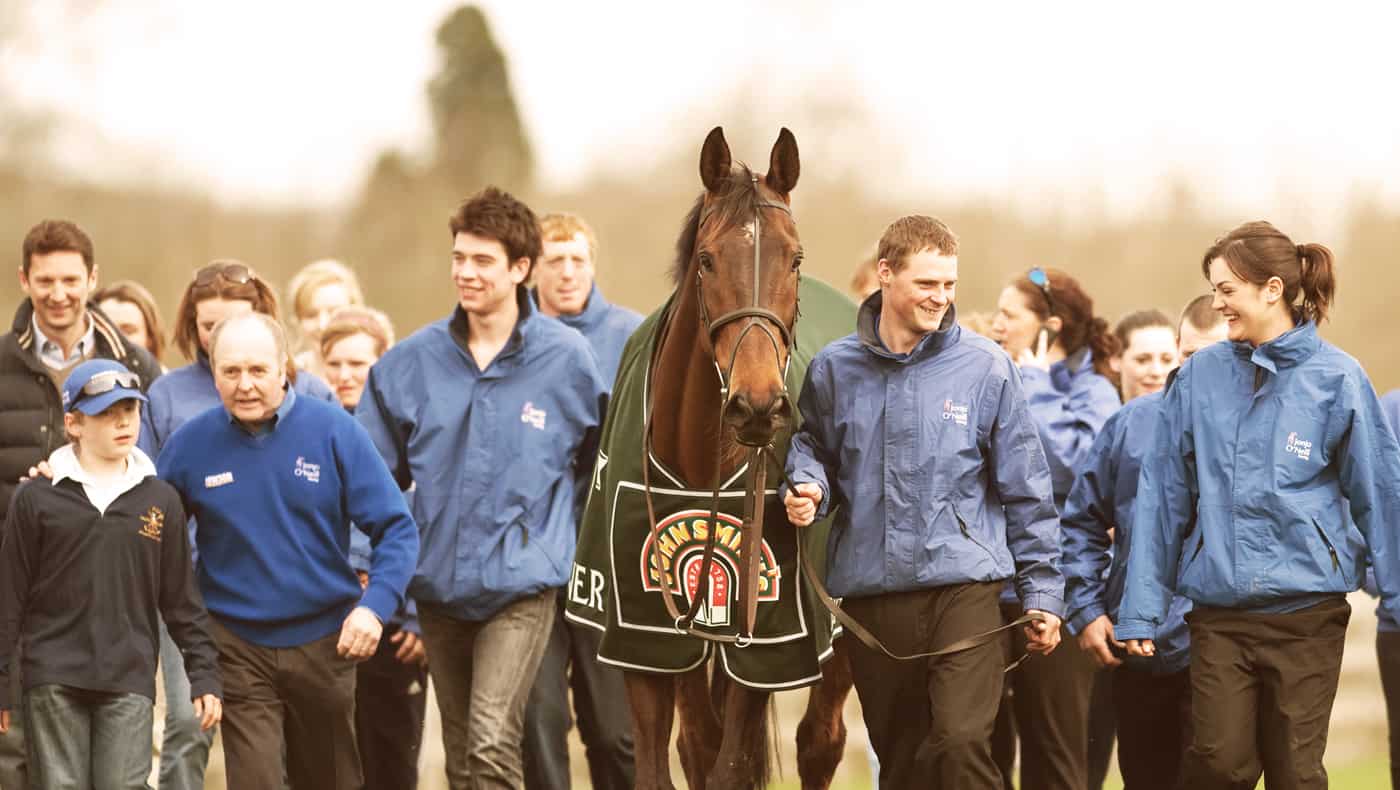 The other common form of group betting is a race syndicate. If you’ve always wanted to be leading a prize-winning racehorse into the winner’s enclosure but simply don’t have the money to own a horse outright, a racing syndicate could be the answer. It’s a very simple idea, and one that has allowed thousands of ordinary people to access the elite world of horse racing. A racing syndicate is a collection of people who each own a share in a racehorse. The horse itself is stabled, trained and ridden by professionals, but it’s the syndicate that actually owns the horse as a group.

When you consider that it costs around £25,000 just to train a horse for a year, you start to understand why this is considered as the ‘sport of kings’ – they are often the only people who can afford to buy a racehorse outright. Taking part in a syndicate reduces your costs considerably, but you will still have to pay out around £6,000 a year to be a member of a syndicate. Usually, the horse is sold on after four years, unless it’s phenomenally successful, so you’re looking at a potential four-year cost of £24,000.

There are two types of racing syndicates – formal and informal. An informal syndicate is a group who have simply clubbed together to buy a horse outright. While this may be a great way to break into horseracing, do remember that you’ll be responsible for the cost of livery, training and vet bills for the animal.

Part-ownership of a racehorse may seem like an exciting idea and a sound investment, but beware – the risk/reward ratio is very high. If your syndicate ends up with a Derby winner then you could be thousands of pounds better off. But if it never places you could lose a lot of money, especially as there are often lock-in clauses that tie you into formal syndicates for a set period of time. As with any investment, read the small print carefully before you sign up.

So if you want to increase your chances of winning, cut your wager costs and be part of a social group that has a strong bond and a will to win, join a syndicate. But make sure you do everything by the book, and don’t just say “Hey, I’ve got a great idea, why don’t we all just chip in?” It may seem like fun at the time, but if your numbers do come up and you win big, the repercussions of not having the right paperwork in place at the start can destroy friendships and ruin family relations. So always sort out your syndicate agreement before you buy that winning ticket or place that long-shot bet that comes in at 100/1.

With horse racing syndicates, remember that the buy-in cost can be very high, and the risk/reward ratio is considerable. But if you do find yourself as part of a Gold Cup winning syndicate, the rewards could be potentially enormous. Be prepared to be in it for the long haul (at least four years), and be sure you choose your horse wisely. As with any major betting investment, do your research thoroughly first.