The dream of most punters is to win big on an accumulator. One of the biggest draws of accumulator bets is the chance to win life-changing sums of money for relatively small bets.

Below we list some of the biggest accumulator wins ever recorded. These punters bet from just 50p up to £100, and while only two of them topped a million pounds, all of them ended up extremely happy with their lucky wins.

We would love to here what your biggest accumulator win is – please post in the comments below!

One of the all-time largest accumulator wins happened in April 2017 and resulted in Coral making its highest ever pay-out on horse racing, a staggering £823,000 on just a £19 online bet.

While the gambler has decided to remain anonymous, we do know he lives in Leicestershire. Describing his win as “the realisation of a lifetime dream”, we can only add that he is not alone in his dreams; winning such a life-changing amount of money is a dream that many of us share.

The £19 accumulator was placed on five horses on a Friday afternoon meeting at Punchestown. A regular accumulator player, he says that he has been placing accumulator bets nearly every day during the last 20 years. This is the first time he has made a big return, though he has come close on a few occasions, though losing out in the last legs.

His father was a bookmaker and as a result he had been into horseracing since he was very young.  His first winning bet was on desert Orchid in 1986. However, he says he never places singles bets; he always bets using accumulators with a minimum of three bets in the accumulator.

On this occasion he didn’t realise he had won until the following day. He went out on the town with some friends on the Friday evening and it wasn’t until he returned home and checked the racing results that he discovered he had won a fortune.

The accumulator consisted of:

Perhaps one of the most impressive accumulator wins was a twenty team football accumulator. This occurred in December 2016 when the punter’s win was sealed by a 2-1 win by Tottenham over Burnley. The win can just in time for Christmas too.

The punter, who has decided to remain anonymous, is from Burnley. While some of his bets were easy wins, several were knife edge triumphs. On one occasion it was a Zlatan Ibrahimovic goal scored in the 88th minute that kept his winning streak going. Another tense time was when Sheffield Wednesday scored the only goal in the game against Brighton in the 94th minute  and on another even more nail biting occasion it was a  95th minute goal by Brighton against Birmingham.

The chances of winning the accumulator had been diminishingly small with overall odds of 41,548/1. It just shows how lucky you can get. 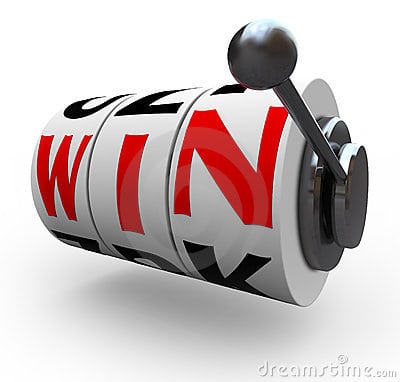 Another big football accumulator happened in November 2014 when a lucky punter won a £650 accumulator on  a £100 bet. Again it had been a nail biting win in the final leg when a 91st minute goal by Coventry against Leyton Orient.

This time it was an in-play accumulator and involved some brave decisions. Probably the bravest was to bet on a draw in a West Ham versus Stoke game at a time when West Ham had a two goal deficit and the odds being offered were 18/1.

The accumulator consisted of:

£1 million accumulator from a 50p bet

In terms of profit margin this must be one of the biggest accumulator wins of all time. The punter was Fred Craggs, who turned out to be a very lucky Yorkshireman. A fertiliser salesman, Fred had placed the bet on his 60th birthday. 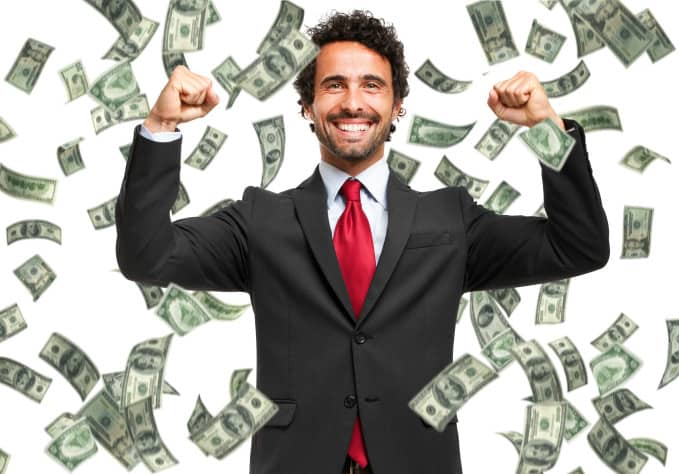 The bet was an 8 horse accumulator placed with Willian Hill high Street betting shop in Thirsk. Some of the horses he bet on were: Isn’t That Lucky racing at Sandown, Racer Forever racing at Wolverhampton and A Dream Come True racing at Dubai. With names like that it seems he most likely bet on the names rather than their form; they were all offered at long odds.

He didn’t realise that he’d won until he went down to the bookmakers to make another bet. After discovering his lucky win, he sat through a family meal before telling anyone.  Now as well as being a millionaire he has an entry in the Guinness Book of records.

What must be the biggest horse racing win of all time is the £1,450,000 accumulator won from a £2 bet by Steve Whiteley in March 2011.  A plumbing engineer from Tawton in Devon, Steve was an occasional racegoer who used his then recently issued bus pass to travel down to the course.

He selected the six winners in the Exeter Tote Jackpot. His winnings before tax were £2,035,538, but taxes reduced this to £1,450,000. Still, Steve wasn’t complaining. He vowed not to give up his £500 a week job and even returned to work the day after receiving his cheque.

By the time it got to the final race, he was the only punter nationwide to have a chance of winning the accumulator. It was a hurdles race and the winning horse had last won a race three years before  in a flat race. It was also the first win for jockey Jessica Lodge.

You may not be able to replicate those kinds of wins, but you can make up to £500 per month with our number one recommended betting system here.

What is an accumulator bet?

The Biggest Payouts in Slots History