Not only is he one of the most successful men in the world with an estimated fortune of $4.8 billion, he’s had to overcome numerous hurdles over the years, particularly when first starting out. Stanley Ho is now in his 90s but remains one of the most recognizable entrepreneurs Asia has ever produced.

He has been Chairman and  founder of SJM Holdings, which owns most of the casinos in Macau (even more remarkable when you consider he doesn’t bet), and his nickname of The King of Gambling has become the stuff of legends.

Ho was born in 1921 to one of Hong Kong’s most powerful and respected families. Despite that, his early life was marked by hardship. It was the start of the Great Depression and Ho’s father was made bankrupt and then decided to abandon the family, leaving 12 other brothers and sisters. Two of Ho’s brothers committed suicide and, after he was given a college scholarship, war broke out and the family had to flee the advancing Japanese army. 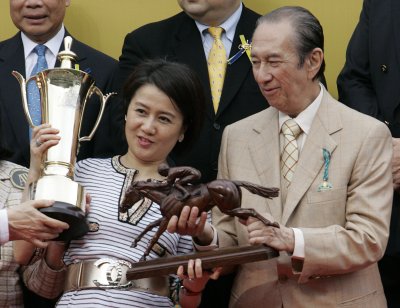 Despite these early challenges, Stanley Ho began to make his entrepreneurial mark at a young age. He went to work for an import export business after the war ended and was quickly made a partner in the company. He was just 22. The period in and around the Second World War was a good time for entrepreneurs and Ho made money exporting luxury goods into China. By the time the war ended, he was profiting from the national desire to rebuild in and around Hong Kong. He began to make a lot of money and by the 60s was eyeing up the potential of gambling for furthering his career.

In his sights were the betting operations in Macau where gambling was legal and in 1962 he joined with a consortium of other businessmen to develop a monopoly. The Sociedade de Turismo e Diversoes de Macao (STDM) began to bring Western style gambling to the island and, more importantly, created better transport between it and Hong Kong, where there were plenty of customers. 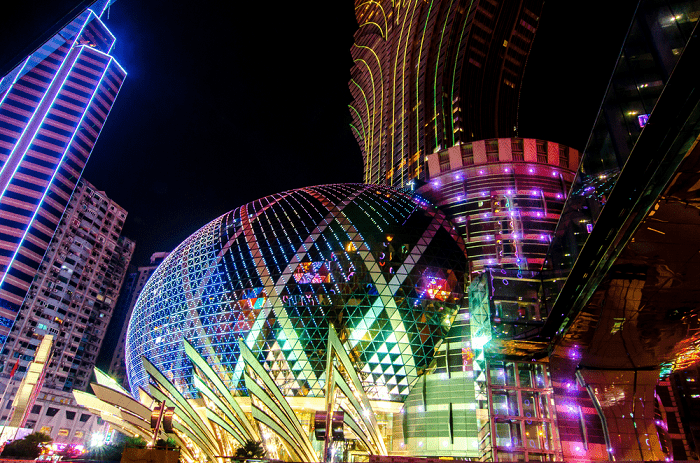 Casino Lisboa, one of the most famous hotel casinos in Macau, China. The casino is owned by STDM, a Stanley Ho company.

Look at Macau today and you see a thriving tourist resort where gambling provides half its revenue. In fact, it’s the biggest gambling location, outstripping even Las Vegas, with a turnover today in excess of $30 billion a year. The company is the biggest employer on the island and also controls the airport, ferries and helicopter landing sites.

Over the years, Ho’s business interests have diversified. In 1989, SJM took control of the Macau Jockey’s Club and Ho has also launched Asia’s first football lottery called SLOT. His interests include department stores, banks, real estate and hotels all across the world. He sits on the board of a number of major organisations and is still, despite his age, one of the most influential men in Asia, certainly over the last century.

In his later years, Ho has handed over control at various times to members of his family. He has been married four times and has seventeen children, the most prominent of them being Pansy Ho. She became a director of SJM and was made a half owner in the MGM Macau casino. His son Lawrence has also been given responsibility in recent times. One daughter, Josie, is also ploughing her own furrow as a successful Hong Kong pop star. 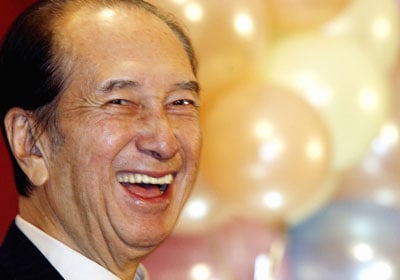 Stanley Ho has made many philanthropic donations over the years, particularly to educational institutes. He also has a particular passion for dancing and has appeared on televised sponsored events performing the tango and waltz for charity.

He hit the headlines when he spent over half a million dollars bidding on rare truffles for a charitable cause. He has been awarded an honorary doctorate from the University of Macau and even received an OBE for his services to Hong Kong while it was still part of the British Empire. In 2010, Hong Kong awarded him the Grand Bauhinia Medal for his services to the area.

—————–Check out our number one recommended horse racing tipster here—————–

Gambling is notorious for attracting those from organised crime, however, and  Ho’s life has not been without it’s controversy. When the company tried to move into Nevada in the US, the licence was only agreed once there was confirmation that Ho would not benefit from the arrangement. His reputation in Macau meant that authorities in Singapore resisted attempts in the company moving into the region. Possible links to triad members, which Ho has always denied, meant that he was the subject of an investigation into organised crime in the Philippines. His problems have also involved family members and there were two law suits in recent years following a share restructure within the business.

Ho finally withdrew from his business interests when he became ill in 2009 and had to undergo serious brain surgery following a fall. He now spends his time in Hong Kong and Macau.

Banker Bets Value Picks – Final Review
We use cookies to ensure that we give you the best experience on our website. By continuing we assume you accept the use of cookies. AcceptPrivacy Policy
Scroll to top