Dave Nevison – gambler, professional tipster, TV personality and author, has made a comfortable living from horseracing. He is now approaching his sixtieth year and is still picking the winners.

As he states in his book “A Bloody Good Winner” when Dave Nevison wins, he loves to celebrate, which means drinking, dancing and, more often than not, singing. Standing on and falling off tables is also a common occurrence. After all, not every day is a winning day, so when they do happen it is, he says, essential to make the best of them. He admits to having a big ego, claiming that he is the best punter out there.

Nevison has been a big advocate of tissue pricing, a form of value betting that assigns a probability of the horse winning based on multiple factors and compares this with the probability indicated by the betting odds. When the tissue price is lower than the bookmaker’s odds, the bookmaker could be underestimating the likelihood of a win, so placing a bet is indicated. It has certainly worked for him, earning him over £100,000 a year from gambling.

Nevison has not always been a professional gambler. His previous life was as a city banker until in 1993 he abandoned it for a more hedonistic lifestyle on the racecourse. He frequently travelled from course to course, a lifestyle that took a toll on his marriage, especially when, as he said, “There are loads of women wandering around wanting to meet a man in a suit who’s got money in his pocket.”

As he also points out though, don’t underestimate the sheer hard work of making a good living from gambling. Typically, his days would begin a 4.00 am, and much of his time would be spent studying the form book. He would price up every race himself and look seriously at any opportunity where the price was 15% higher than he made it. While his strike rate was not high, it was enough to guarantee a good long term profit. Playing for Value rather than for winners, often he would back more than one runner in a race. 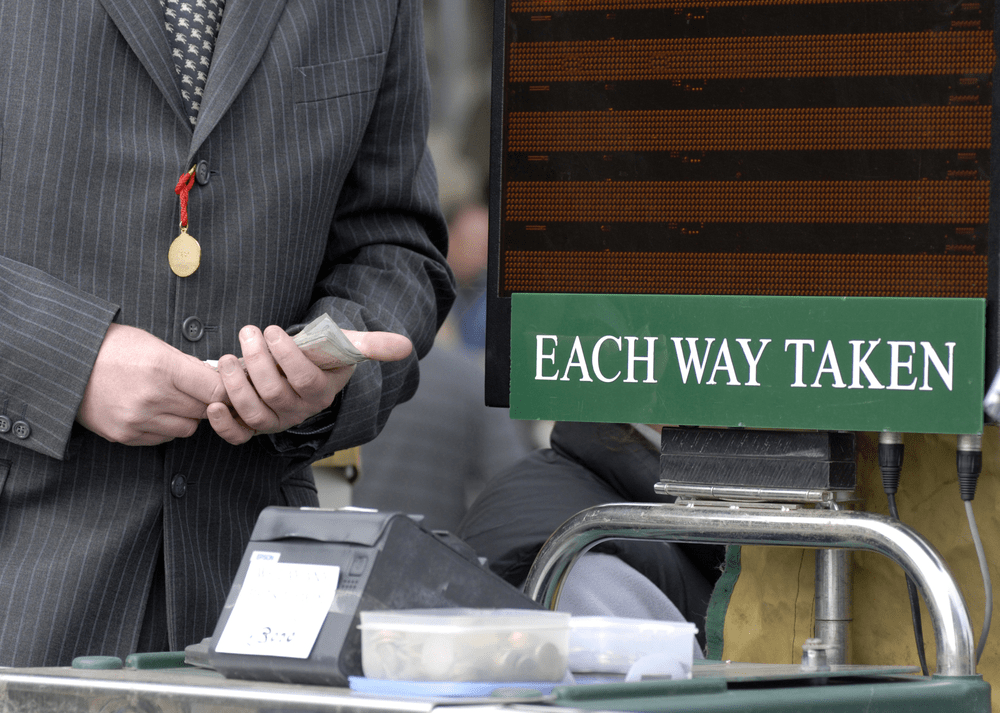 Nevison has been known to place bets of £2,000 per race

Losing runs, or at least being able to handle them, is always a problem. However, his experience is they tend to be short-lived as he covered so many options. It was a rare day in which he failed to back at least one winner. His typical bet was around £2,000 a race. His preferred races are up to a mile handicap events as it is easier to understand how the race will be run and which horse is likely to win it. It is challenging, he says, making a profit on group races. Spotting winners is easy, especially late season, but making a profit is far more complicated.

Over recent years Nevison has been turning his attention to other activities. He has recently celebrated his 58th birthday and maintains that betting is a young man’s sport. He certainly wishes to avoid “putting he head on the block” during his sixties. Today writing books, running websites and providing tips is more his lifestyle.

One concern he has regarding the future is the burgeoning presence of artificial intelligence and machine learning and the impact they are likely to have on the tipster industry. Does he intend to incorporate these latest technological advances in his professional tipping service to deliver the best possible advice to his paying clients? It has been claimed that tipsters who fail to keep up with these advances will become dinosaurs. Algorithms are achieving a strike rate approaching 40%. Time will tell.

In addition to “A Bloody Good Winner”, Nevison has also written, “No Easy Money” in which he describes in more detail how he calculates tissue odds for each race. It is, he explains, all a matter of getting your percentages right rather than finding a winner.

Dave Nevison’s advice to young punters who hope to make a successful career as a professional gambler is to specialise. Select one branch of racing, stick to it, be patient and learn all you can about it until you become a master of It. That way, you can be optimistic about earning enough to enjoy a very comfortable lifestyle.